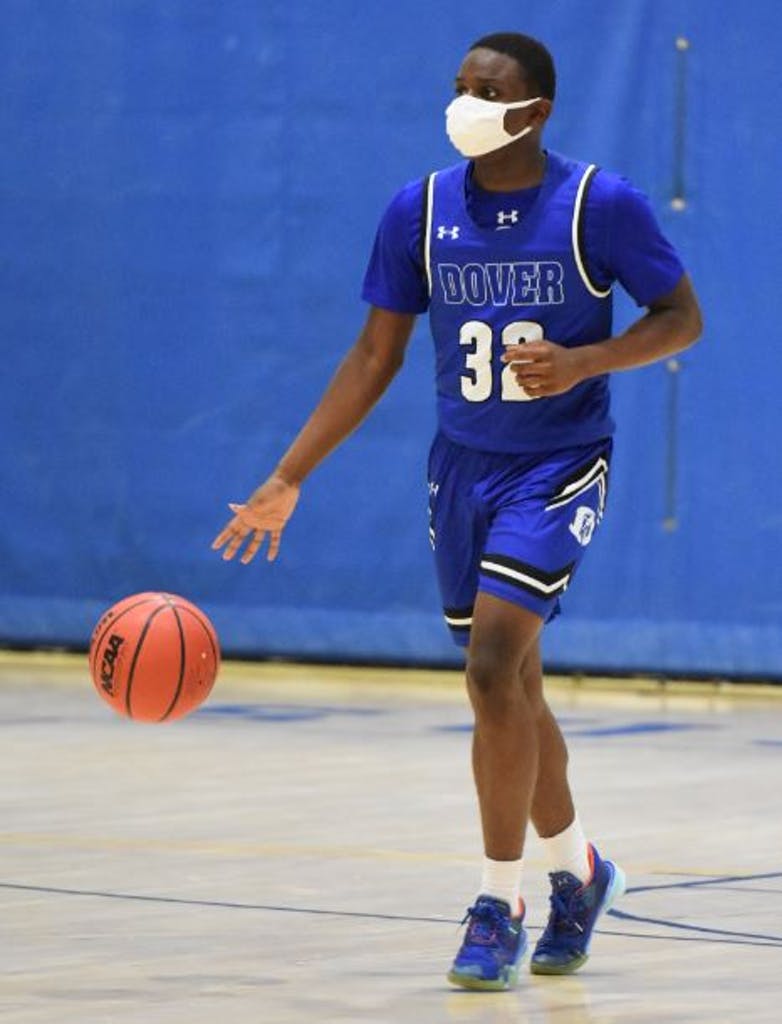 The game was close throughout as neither team led by more than five points.

Early in the game the two leading scorers for each team were red hot as CR senior guard Brycen Williams poured in his team’s first 11 points and finished the half with 14 while Dover sophomore Jaheim Harrell closed the half with 13 points. Both connected on two long-range baskets in the scoring barrage as the half ended with Dover on top 29-28.

Elijah Sessoms committed three fouls in the first half and had to sit out for several minutes in the second quarter. The Dover forward is the leading rebounder for Dover and he picked up his fourth personal foul in the 3rd quarter – missing more valuable time on the floor.

However, when Sessoms came back in the final quarter, he made his presence known with several key “boards “and two timely baskets to help the Senators stay ahead. Dover nursed a three-point lead in the final two minutes and still led 49-46 with a minute left.

he Riders missed an opportunity to cut into the lead and with: 30 to go, had to foul with the Senators milking the clock. The Senators missed the front end of two consecutive 1 & 1 chances but each time CR turned the ball over. Finally, Harrell iced it with two free throws with less than: 08 left in the game to preserve the win.

Harrell led all scorers with 23 points and Sessoms added 8 for Dover. Brycen Williams paced the Riders with 18 points & teammate Trey Voshell came off the bench to score 9 – making several moves in the paint to help keep the game within reach.