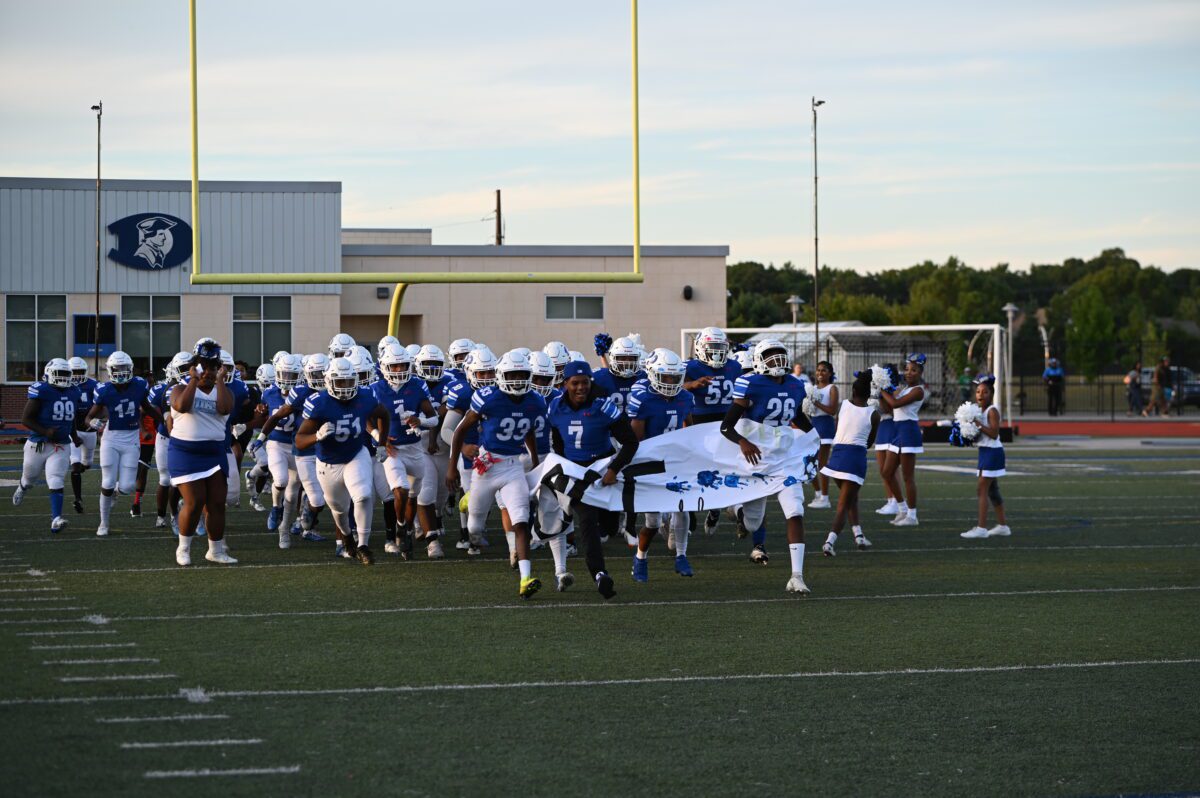 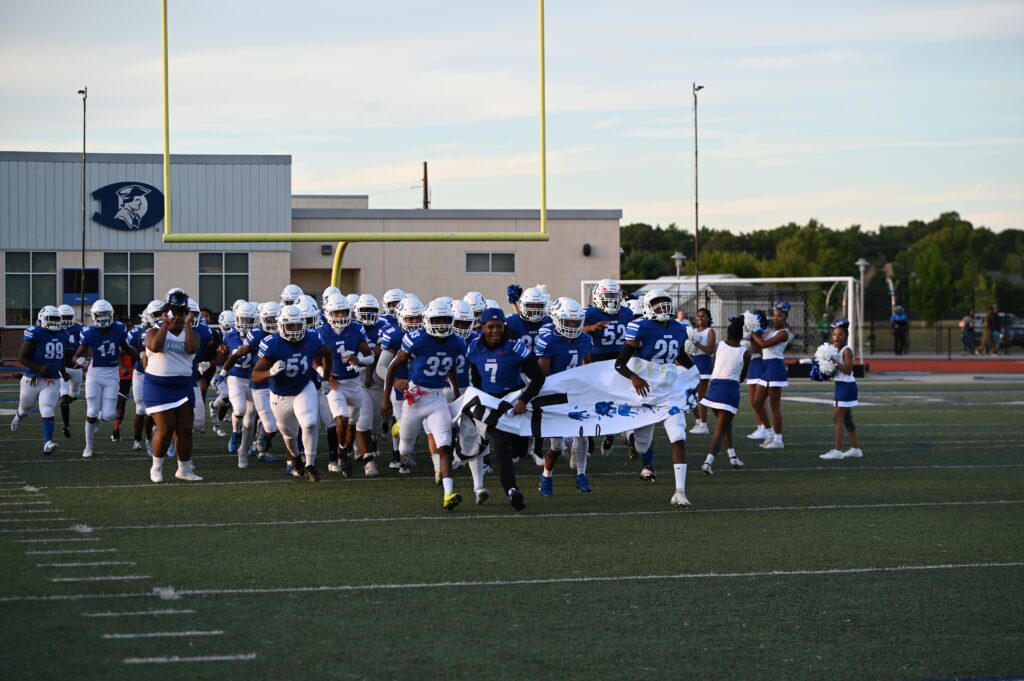 Dover runnng on tot he field for the season opener, photo by Nick Halliday

Sophomore John Parker scored Dover’s first and final touchdowns but it wasn’t enough as the Senators fell to Arundel (MD) by a 21-19 final in the season opener for both teams.

Parker took a screen pass from Nasheem Cosme on the 2nd play from scrimmage and raced 70 yards to put Dover on top 6-0 barely :90 seconds into the game. He received some great lead blocks from Eric Carter and Michael Stevenson to spring him for the score. Brandon Yoder’s extra point hit the upright and was no good.

The visiting Wildcats took the lead early in the second quarter when feature back Ahmad Taylor dove in from a yard out. Camden Neiswender booted the point-after to put the Cats up 7-6. That score held up until right before the half. Following a Yoder punt, Dover recovered a fumble at the Arundel 42 when the center snapped the ball as QB Gavin Kamachi was looking to the sidelines. On the very next play, Cosme faked a handoff and raced untouched for a 42 yard touchdown to put the Senators back on top 13-7 with 1:23 to go. That is how the half would end.

Arundel began the 3rd quarter with a “well engineered” drive going 12 plays, culminating in an 11 yard pass from Kamachi to Chris Downs to regain the lead 14-13. Kamachi was a perfect 5-for-5 in the drive. The Wildcats extended their advantage to 21-13 with 7:59 left in the game as Kamachi connected with Miles Gilmore for a 24-yard score.

It appeared the game might be over, but just :10 seconds later, Parker took the ensuing kickoff and raced 81 yards to bring the Senators to within two points at 21-19. However, Dover was unsuccessful on the 2-point conversion with 7:49 left on the clock.

The Senators final scoring opportunity came with :31 to go when they recovered a fumble on an Arundel punt attempt at the Wildcats 35. Coach Chip Knapp and his staff did a great job of clock management to still have a timeout in case they could get into field goal range for the win. However on the 1st play from scrimmage, Cosme passed into the endzone looking for Parker, but Avery Struve picked off the attempt – bringing the game to a close.

Kamachi completed 23 of 35 passes for 265 yards and 2 touchdowns while Ahmad Taylor gained 81 yards on the ground for Arundel. Dover was led by Cosme with 54 yards rushing and over 150 total yards by Parker.