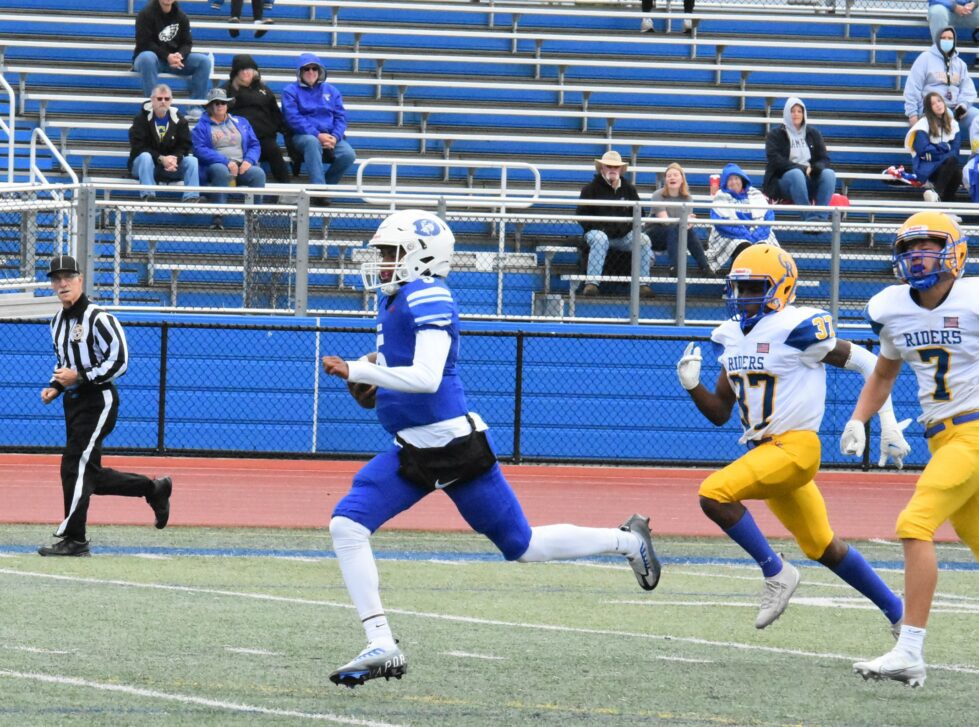 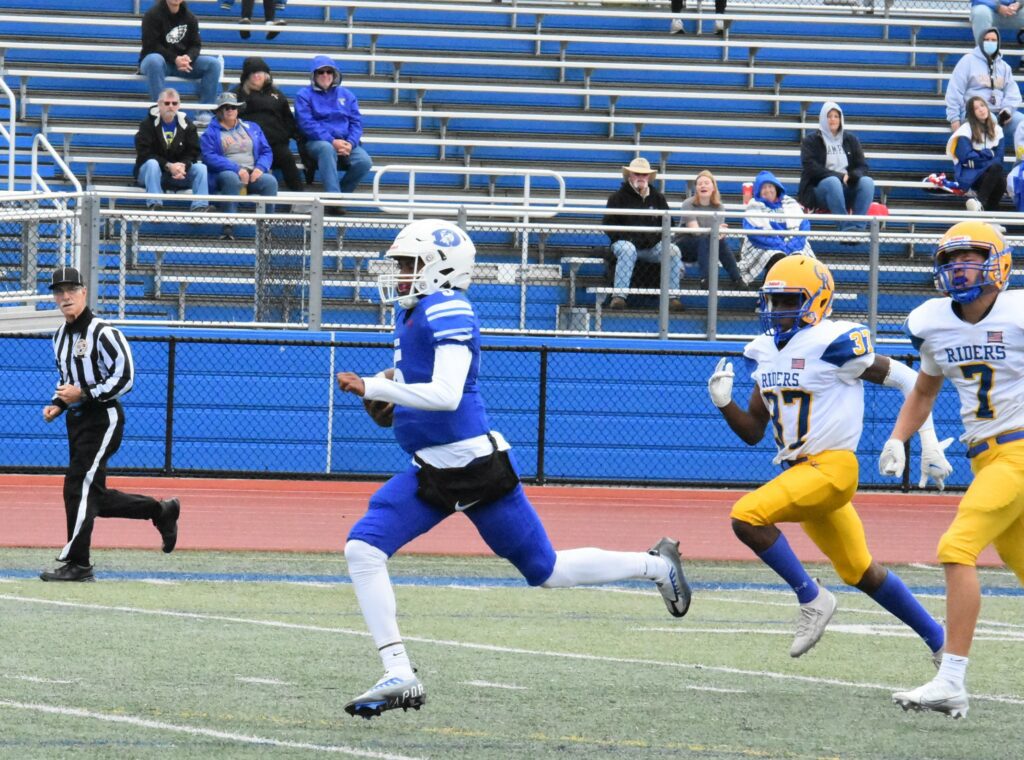 Hurricane Ian was looming in Dover when Caesar Rodney visited Dover High School for a noon kickoff on Saturday.  The wind was gusting, and a slight drizzle was falling, but these two teams were ready to play the 72nd version of the Civil War battle.

This rivalry began back in 1935 but became an annual event in 1961.  There’s a ton of history in this matchup, with Dover coming in leading the all-time series 37-30-4, including 5 consecutive victories.

Dover would lead this game from start to finish, starting with a 55-yard touchdown run by quarterback Nasheem Cosme less than 4 minutes into this one.

It was a valiant effort by the Caesar Rodney defense throughout this contest.  They were on the field for the majority of the game, as the Riders’ offense wouldn’t pick up a first down until right before the end of the first half.

With the offensive struggles, the Riders would hold their own, giving up only 13 points as this game approached halftime.  However, a costly turnover by the offense would leave Dover at the 11-yard line and allow Dover standout sophomore, John Parker to convert his second rushing touchdown of the game and give Dover a 20-0 lead at the half.

Dover would return the second half kickoff all the way to the 13-yard line by freshman Jaheim Cole, however the real play here was made by Aiden Cane of Caesar Rodney.  Cole was looking like he was going the distance, but Cane never stopped his hustle and chased down the speedy Cole.  The Riders’ defense would eventually force a turnover on downs, as the teams would play a scoreless third quarter.

The Riders’ defense would eventually tire in the 4th quarter, as Dover would go run heavy with All-State running back Jakwon Kilby, and their version of the “earthquake” formation made famous by Smyrna.  Kilby would net a touchdown in the final frame, and Parker would run in his third touchdown of the day, as Dover would win by a final of 34-0.

John Parker would end his day with only 23 total yards, but he made the most of those yards scoring 3 touchdowns.

Kilby would rush for 157 yards and the late touchdown.

The Riders were led offensively by senior running back, Willie Davis & his 37 yards.

Dover will take on visiting Appoquinimink next week for the Senators homecoming game.  You can catch that game on Delaware Live Sports Friday, 10/7 at 6:45.

The Riders will look to end their 17-game losing streak next Friday night on the road.  They will travel up north to take on Salesianum at Abessinio Stadium for a 7:30 kickoff.