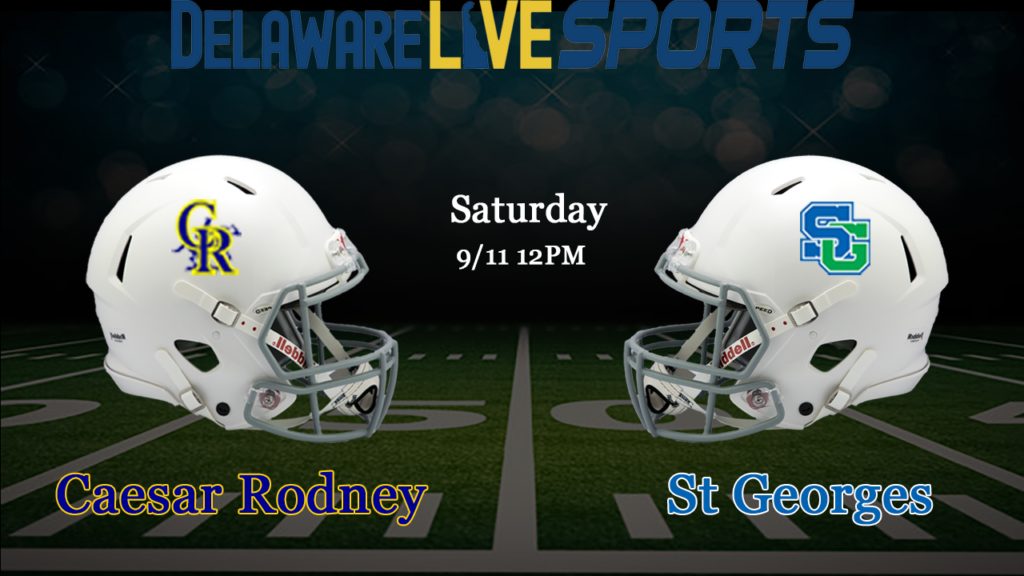 The St. George’s Hawks scored on 6 of 7 first half possessions Saturday to take a 42-0 lead after 2 quarters against Caesar Rodney that led to a 45-14 victory at the Hawks nest. The Riders turnover woes continued as they committed four in the 1st half. Last week CR turned the ball over 6 times in a home loss to Hodgson.

Junior quarterback Donovan Brooks completed 8 of 10 passes for 183 yards and 4 touchdowns plus he ran 35 yards for another score all in the 1st half. He watched from the sidelines in the 2nd half as freshman Anthony Speciale finished the game.

Gi’Vonni Sanchez rushed for 108 yards in the first half and Terry White gained 97 yards to lead St. George’s run-game. The Hawks outgained the Riders 445 to 124 in total yards.

Caesar Rodney scored on a 36-yard run by Julian Harris and a 24-yard pass reception by Aiden Cain.

St. George’s kicker Julio Lopez connected on all 6 of his extra point attempts and booted a 39-yard field goal.

The Riders (0-2) host Appoquinimink next Friday while the Hawks (1-0) host Dover for a noon kickoff on the 18th.