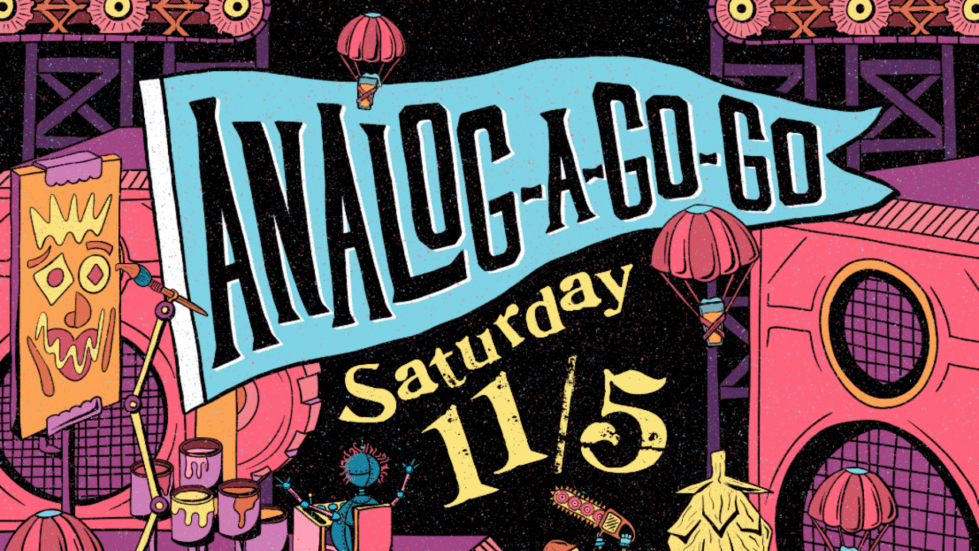 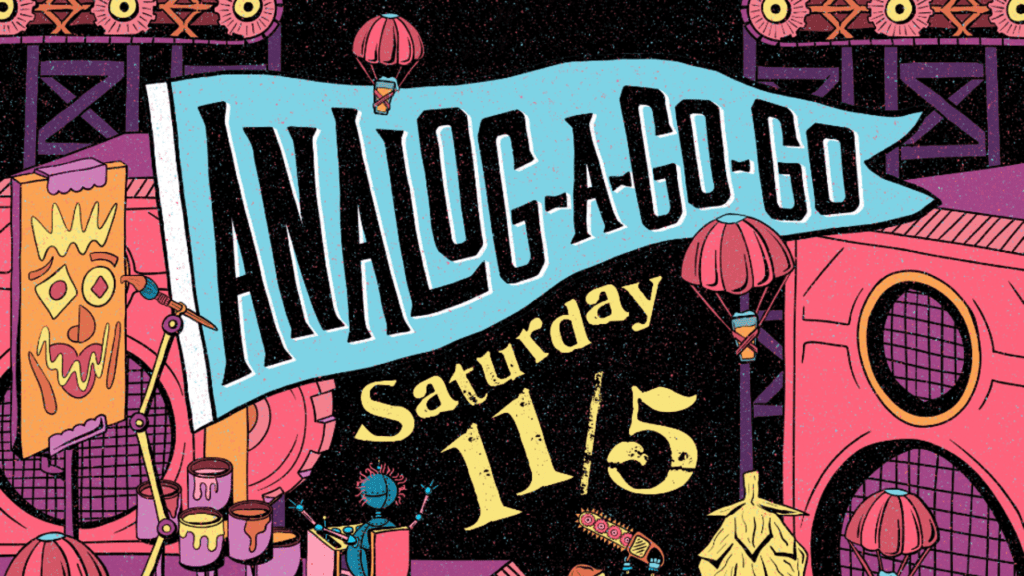 The festival will happen Saturday, Nov. 5 from noon to 5 p.m. at Dogfish’s Milton Tasting Room and Kitchen.

General Admission tickets are on sale now for $40 per person.

The ticket price includes an Analog-A-Go-Go tasting glass, 14 beer and spirit samples, access to the artisanal marketplace and tours of the brewery and Steampunk Treehouse.

Designated Driver tickets are also available for $10, and include non-alcoholic soda, access to the artisanal marketplace and tours of the brewery and Steampunk Treehouse.

Those who purchase a ticket before Oct. 28 will be entered to win a seat at an exclusive Analog Chat with Dogfish Head founder Sam Calagione and Numero Group founder Ken Shipley.

“Our team here at Dogfish is stoked to host Analog-A-Go-Go in-person again for the first time since 2019,” Calagione said.

The event is one of Calagione’s favorites, he said, because it combines three of his favorite things: beer, music and artful collaboration.

“And as always, we have a few new off-centered innovations in store for this year’s event that I can’t wait for folks to see,” he said.

Crafted in partnership with Numero Group and Grain Surfboards, a local hand-built surfboard company, both will be available for purchase exclusively at Analog-A-Go-Go, while supplies last.

Dogfish Head and Numero Group hope guests will take the Analog-A-Go-Go experience home with the ultimate beer and music crossover.

Numero Group and the Dogfish teamed up on a double-sided vinyl record that includes tunes from a selection of Numero Group bands, including Say She She and Le Ren, who will each take the stage at Dogfish Head Brewings & Eats throughout the Analog weekend.

Each side of the vinyl is artfully designed to pair with limited-edition Dogfish Head beers, including Something Cosmic and Something Atomic.

The Numero Duo box set includes the vinyl record and a 4 pack of each beer, all packaged in a special collaborative record crate.

The best way to rock out to side one of the record, according to Dogfish, is with a can of Something Cosmic (8.0% ABV), a Dunkeldoppelbocksteinbier brewed with hot rocks, carob, avocado honey and brown rice at Dogfish Head’s Milton brewery.

Then, Dogfish recommends you flip the vinyl and grab a can of Something Atomic (12.0% ABV), a pastry stout inspired by the Hummingbird Cake, featuring banana, pineapple and pecans from the brewery’s Rehoboth brewpub. 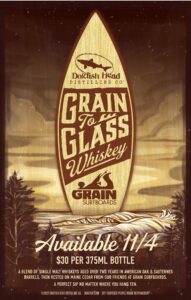 Specializing in hand-built, environmentally friendly, wooden surfboards, Grain Surfboards is putting their leftover cedar to use in a different way during this collaboration.

Grain to Glass Whiskey (46% ABV) is a special blend of two different Dogfish Head whiskey styles, one aged for two years in White American Oak barrels and the other rested on the cedar that is used to make Grain Surfboards.

Grain to Glass Whiskey will be available at Analog-A-Go-Go, for on-site consumption, and for purchase to-go in 375mL bottles at Dogfish Head’s Tasting Room & Kitchen.

Those who can’t get enough of this collaboration can stop by Grain’s booth at Analog-A-Go-Go to enter to win a one-of-a-kind Dogfish Head and Grain Surfboards branded stand-up paddleboard.

For details on Analog-A-Go-Go or to purchase a ticket, visit this link.