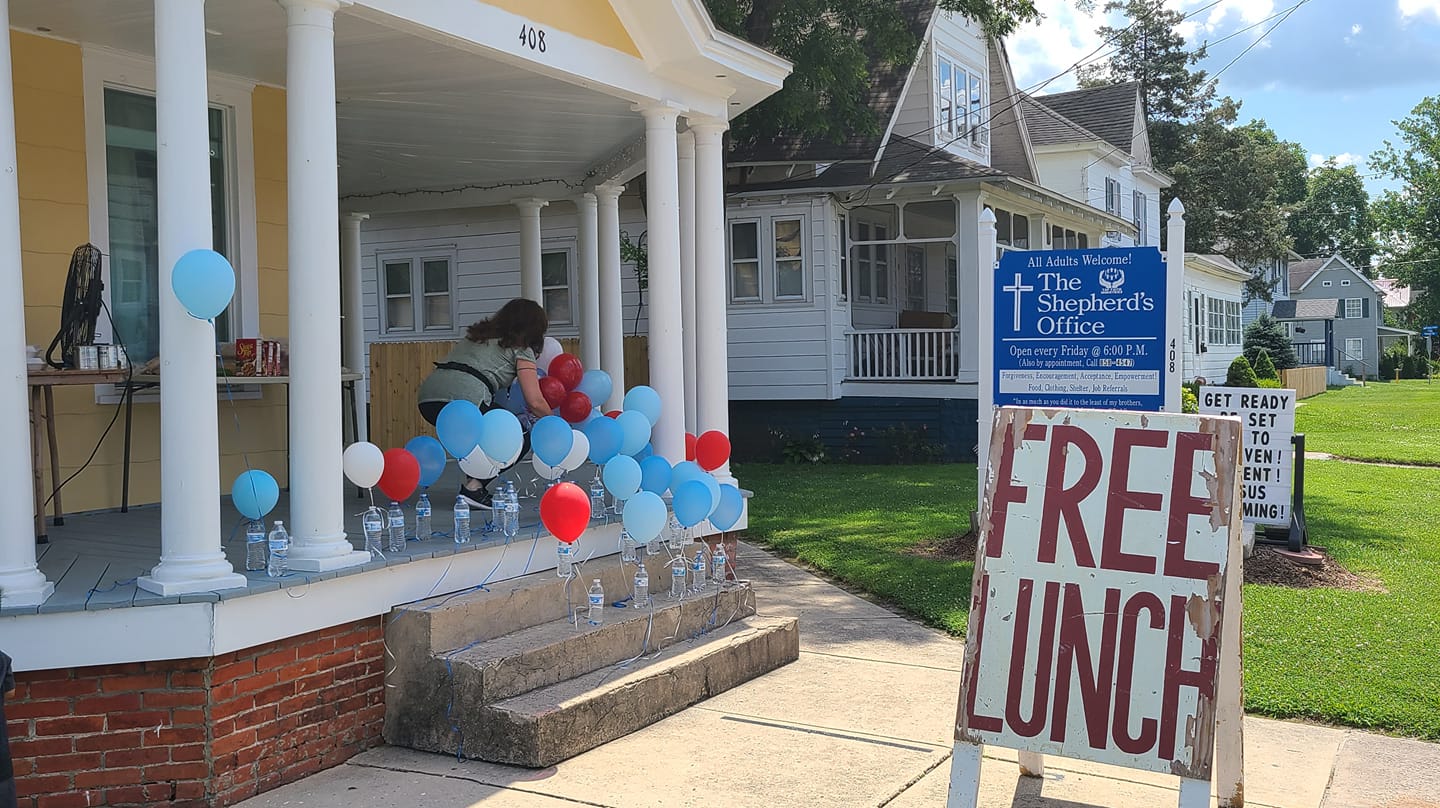 In just 24 hours, Delawareans raised nearly $2.7 million for nonprofit organizations throughout the state as part of the annual “Do More 24” fundraising effort.

Sponsored by United Way of Delaware and Spur Impacts, Do More 24 is a one-day online charitable giving extravaganza designed to showcase the work of Delaware’s nonprofit organizations and ignite a culture of community-wide giving.

Among the organizations that exceeded their fundraising goals are the Shepherd’s Office and the Barbara K. Brooks Transition House.

The Shepherd’s Office in Georgetown is a resource group that aids folks working through challenges caused by homelessness, rejection, addiction, criminal history and socioeconomic status.

The group aims to address those challenges holistically, including social, emotional, physical, mental and spiritual approaches to healing.

The organization provides free hot homemade meals every weekday, including a free lunch on Mondays and Thursdays and a free dinner on Tuesdays, Wednesdays and Fridays.

This year, the Shepherd’s Office raised $68,550 from 419 donors, exceeding its goal of $65,000. It also led the leaderboard as the nonprofit with the most individual donations.

“We’re super grateful and humbled that they thought that much of us that they would make a donation online,” said Jim Martin, the group’s founder. “We’re just very grateful to them, and we’re not going to let them down.”

The group also won a number of competitions during the 24-hour period that boosted their total donations by almost $4,000.

“Because of their donations we will become the answer to many prayers,” he said. “We would like to thank everyone who donated through Do More 24 and throughout the year to help us help the hurting.”

Moving forward, Martin said the Shepherd’s Office plans to “do more of the same, but more of it.”

His group currently prepares about 150 free brown bag meals for people in need every single day.

It’s not cheap, Martin said, and the donations received will help the group continue fulfilling their mission, even in economically tumultuous times.

The support he has seen for the organization is so vast that Martin is even considering opening a second location in Lewes.

“One of my goals is to expand to another location,” he said. “Maybe I would be able to pay rent somewhere else like I do in Georgetown. Lewes has a great need for that kind of service and I think we could help address that need.”

He said he’s had some difficulty finding a property to rent for his type of organization. He’s hoping to find a place soon so that he can begin discussing expansion with his group’s board.

Before he gets to any of that, Martin said he has about 400 thank you notes to write and mail out.

The Barbara K. Brooks Transition House saw the second most individual donors and came in second on the small nonprofit leaderboard.

The funds will go directly to women in need, said Deborah Short, president and founder of the Brooks House.

The organization offers housing, transportation and scholarships to women ages 18 or older who are in recovery from life-controlling situations, including mental health issues, drug and alcohol addiction, and more.

“They’re women who are looking to restore their lives, restore and rebuild relationships and just learn how to live the best life they can live,” Short said. “This will help us fulfill our mission for the year and hopefully we’ll get through this year with that.”

She noted that Do More 24 is the only time when the Brooks House directly solicits donations, and this year, generous Delawareans did not let them down.

“Bless you and thank you,” she said to the donors. “You’re such a blessing to us and we really deeply appreciate it.”

This year’s fundraising effort brought in $2,683,942, eclipsing last year’s total of around $2 million.

The 2021 drive raised more than the previous five Do More 24 events combined.

Click here to see the top winners in each category.