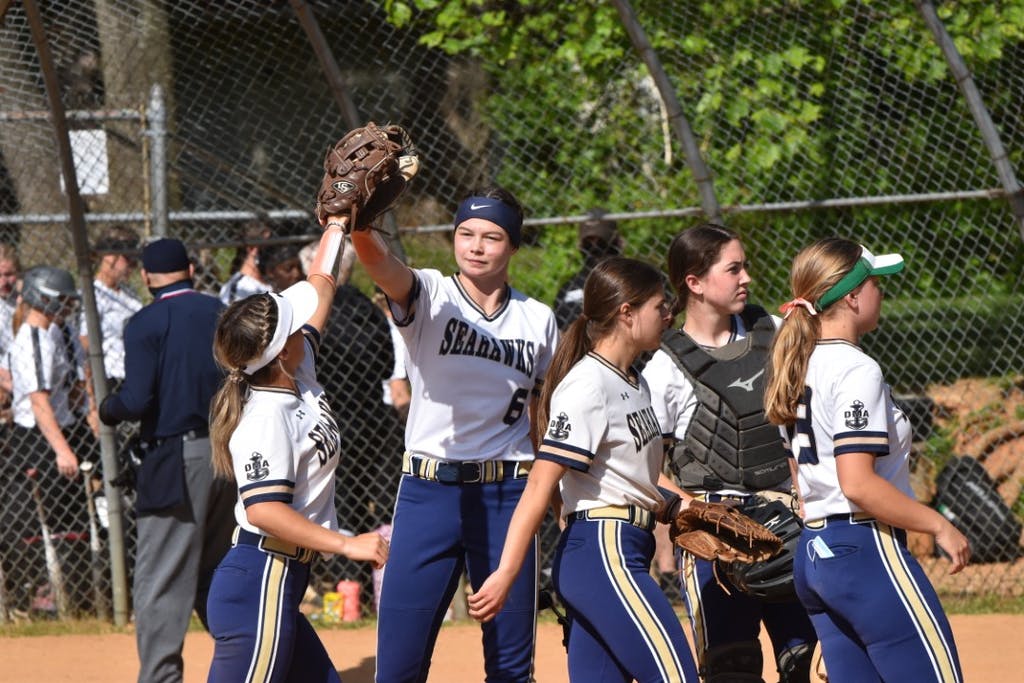 DMA Graceyn Frost congratulates the defense behind her

#2 Delaware Military Academy Seahawks hosted #5 Sussex Tech Ravens Wednesday at Midway softball complex. The Seahawks were celebrating their seniors as it was senior day  for Graceyn Frost, Angelina Dell’Oso, and Julia Farris as they all were honored before the start of the game.

Frost had her stuff working from the 1st pitch of the game. In the first inning she struck out 3 of the 4 batters she faced. That theme would continue all the way through the game as she posted at least 2 strikeouts per inning for a total of 15 for the game. In 7 innings pitched she only allowed two hits. The pitching effort from Frost and strong defense behind her she was able to throw a complete game shutout.

Her counterpart Kylie Kruger from Sussex Tech also had a strong outing on the mound, but she too needed the defense behind her. Kruger pitched 5 scoreless innings for the Ravens only allowing two hits, but she only had 3 strikeouts. The Seahawks were putting the ball in play however the Ravens defense put on a clinic in the field as they only committed 1 error the whole game. DMA eventually got to Kruger in the 6th inning. 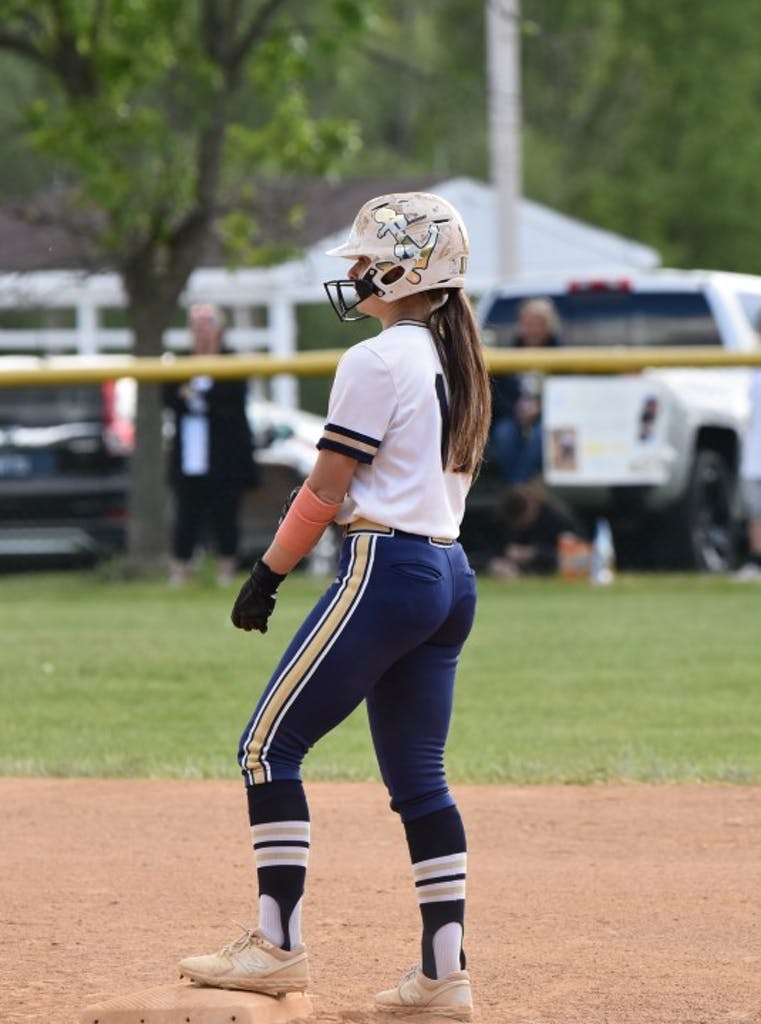 Dell’Oso led off the 6th inning with a single off Kruger as she allowed her third hit of the game. Gabriell Campbell put down a nice sacrifice bunt moving Dell’Oso to 2nd, she then got to 3rd base on a passed ball from Kruger. Sara Sobocinski was then able to drive a ball into centerfield on a 1-1 count, sacrificing in Dell’Oso from 3rd giving DMA a 1-0 lead which proved to be the game winner. It seems only fitting on Senior day that Frost gets the win as Dell’Oso scores the winning run for the Seahawks.

Marisa Edevane led DMA at the plate going 2-2. Sobocinski had the lone RBI for the Seahawks.

Jaya Shaud and Megan Sterling each had a hit for the Ravens.

DMA improves to 13-2 on the season. They wrap up the regular season Friday May 15th as they face First State Military at Big Oak Park with a start time of 3:45pm.

Sussex Tech falls to 12-4 on the season. Today’s game was their last regular season game. They will wait to see where they are seeded in this year’s state tournament when the committee meets this weekend.