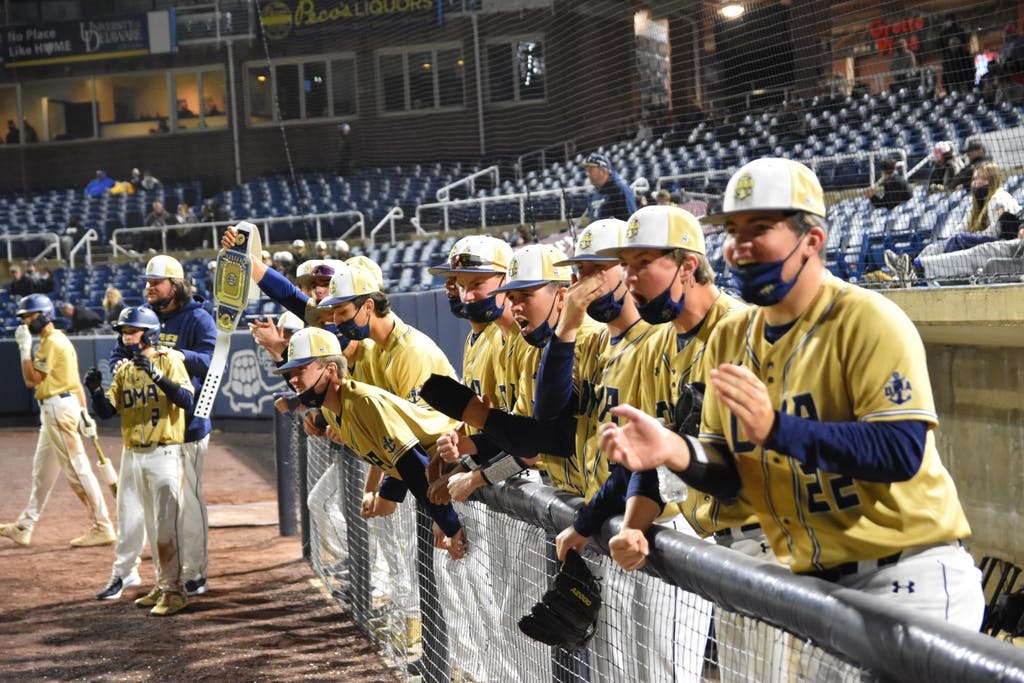 DMA baseball team cheering in the bottom of the ninth

It took nine innings and over three hours to decide a winner at Frawley Stadium last night in high school baseball, as DMA edged Sussex Central 8-7. Seahawks catcher Mason Deluca tripled just inside the right field line to lead off the bottom of the 9th.

Coach Aaron Lewis inserted Anthony Longueira to run for Deluca and two pitches later he scored on a wild pitch to end the game.

Second ranked DMA scored two runs in the first inning on a long double to left-center off the bat of Kevin Williams, and added another run on an RBI double by Jackson Tyer in the 2nd inning.

The momentum in the game changed in the bottom of the 3rd inning. Following a leadoff-monster double to right-center by Tyler August, Zacchary Morris hit a line drive to T-J Morris in center who rifled a throw to 3rd base to double-up August.

That defensive play fired up Central and set up their 4th inning rally. Seahawk starting pitcher Tyler August kept the Golden Knights from scoring thru the first 3 innings and recorded 4 strikeouts but ran into some trouble in the top of the 4th.

He was relieved by Drew Simpson but Sussex Central managed to take the lead, scoring 6 runs on a double from A-J Cannon and singles by Chase Boyle, Brendan Anderson, Jarrett Wilkins, and Jaxon Steen. 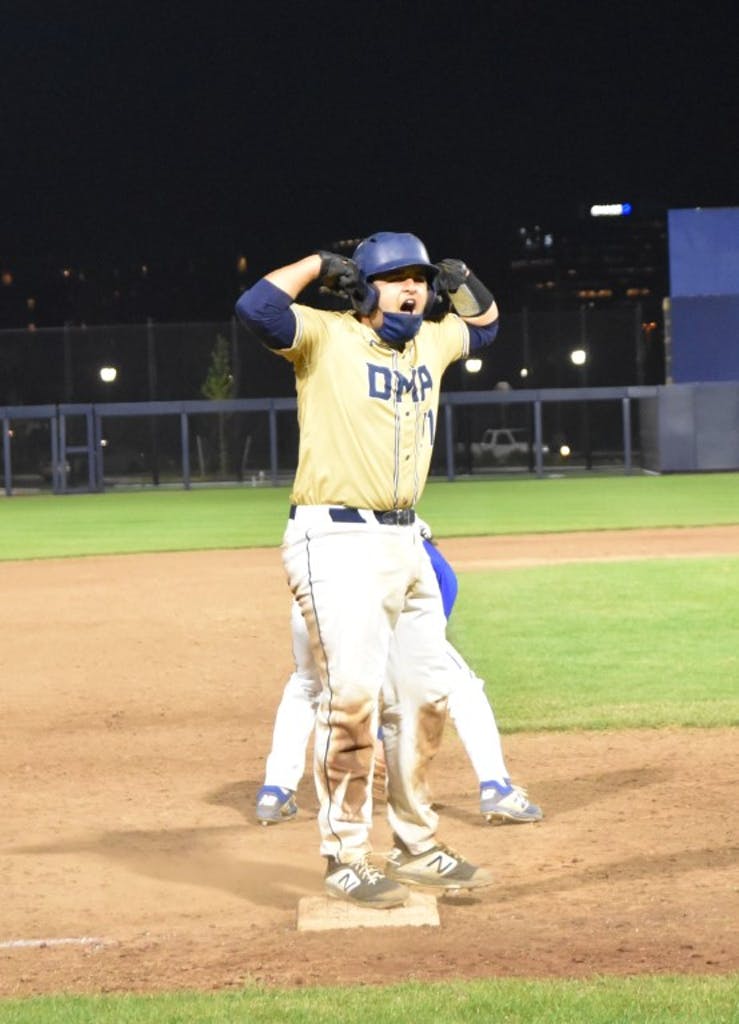 Mason Deluca triples in the bottom of the ninth DMA

Undaunted, DMA came right back in the bottom of the inning scoring two runs on a single by Morris, a couple of errors and two walks to cut the Knights lead to 6-5.

The Seahawks would take back the lead the following inning on two 2-out RBI singles by Mason McCloskey and Williams for a 7-6 advantage.

Sussex Central would tie the game in the 6th inning on a leadoff walk by T-J Morris who was sacrificed to 2nd – stole 3rd – and scored on a ground out to make the score 7-7.

Deluca singled for DMA in the bottom of the 6th inning but was stranded at third base. After a scoreless 7th inning, the Golden Knights loaded the bases in the 8th on a single by Camden Keeler, a walk and an error but pitcher Kevin Williams ended the threat with a strikeout and fly-out to right fielder Logan Wiley.

That led to the Deluca leadoff triple to begin the 9th inning & the “walk-off” score on a wild pitch by Longueira.

The two teams combined for 17 hits. Kevin Williams gets the win in relief for DMA as the Seahawks bounced back from their only loss of the season to Appoquinimink on Tuesday improving to 10-1. The Golden Knights fall to 7-3.