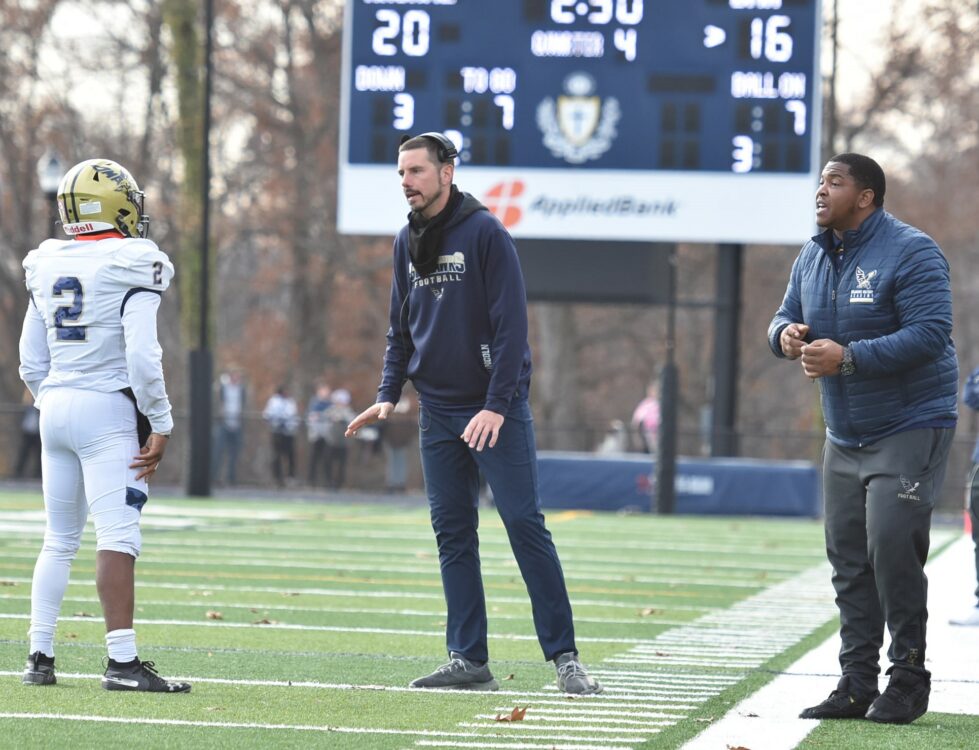 Delaware Military Academy does not plan to appeal the 30-day suspension of head football coach Nick Lincoln, according to a letter sent to school football families on Oct. 13. The board of directors of the Delaware Interscholastic Athletic Association voted earlier that day to sanction Lincoln and two others for their actions that led to an ineligible player being allowed to appear in a game earlier this season.

In the letter, obtained Thursday evening by Delaware Live, commandant Anthony Pullella and athletic director Jeremy Jeanne said they do “not necessarily agree” with the decision to suspend Lincoln, but they will respect the governing board’s decision. Will Crawford, the assistant head coach and defensive line coach, will assume the head-coaching duties until the ban ends on Nov. 12, one day after the regular season concludes.

The situation in question began on Aug. 26, when the Seahawks hosted St. Georges for a sanctioned scrimmage. A Delaware Military player was ejected from the scrimmage for striking an opponent, which meant an automatic suspension for the next game, which was the season opener against Howard on Sept. 2.

The wrong player was identified by Jeanne, who said the players wore different numbers on their scrimmage jerseys than what appears on the current roster. The player who should have been suspended played against Howard. The game was stopped in the third quarter after a mild panic in the bleachers and was going to be completed later in the season. Howard, who was leading 8-0, was awarded a forfeit win after the ineligible player was determined.

The player who was suspended has appeared primarily at the junior varsity level this season, Lincoln told the board. He was not going to dress for the Howard game because he had not met certain obligations.

Delaware Live is not publishing the names of either player. The school imposed a one-game suspension on Lincoln, and the player who should have sat out the Howard game missed the Seahawks’ home game vs. Archbishop Curley (Md.) on Sept. 9.

At the hearing in Dover, Jeanne said there was no intention to deceive anyone on DMA’s part. He said he saw the number the player wore in the scrimmage, and when he was notified by the DIAA about the boy’s ineligibility, he looked at the current roster and told Lincoln the name of that person.

For his part, Lincoln said that in 15 years of coaching, he had never seen ejections from scrimmages. He added that the referee who brought the player to the sideline never used the word “ejected,” only saying that the player had to leave the game.

Pullella said if either Lincoln or Jeanne had deliberately deceived the DIAA or lied about the situation, they would no longer be employed at Delaware Military Academy.

According to DIAA rules, a player ejected from a sanctioned event — which this scrimmage was — is ineligible for the next contest. The referee who worked at DMA that night was not present to testify, but in written communications with the DIAA maintained that although he may not have said “ejected,” he made it clear that the player had been disqualified.

Pullella wrote that he and Jeanne met with the players and have challenged them to overcome the obstacles ahead.

“We are very confident this team has the intestinal fortitude to continue to grow as a program and the desire to achieve greatness this season,” the letter reads.

The DIAA board voted 9-0 with four abstentions to impose the penalties after a hearing that lasted more than five hours. Lincoln was determined to have violated three regulations and is banned from all team activities for the next month. Pullella and Jeanne each were found to be in violation of DIAA regulations for lack of oversight. There were no penalties for Pullella, while Jeanne was placed on probation for the remainder of this academic year. He also must submit an action plan to the board by Nov. 3 detailing the steps DMA will take to prevent a situation like this from happening again.

The Seahawks are 3-3 and are off this week. They play Saint Mark’s next Friday in their final home game of the regular season before finishing with three on the road.