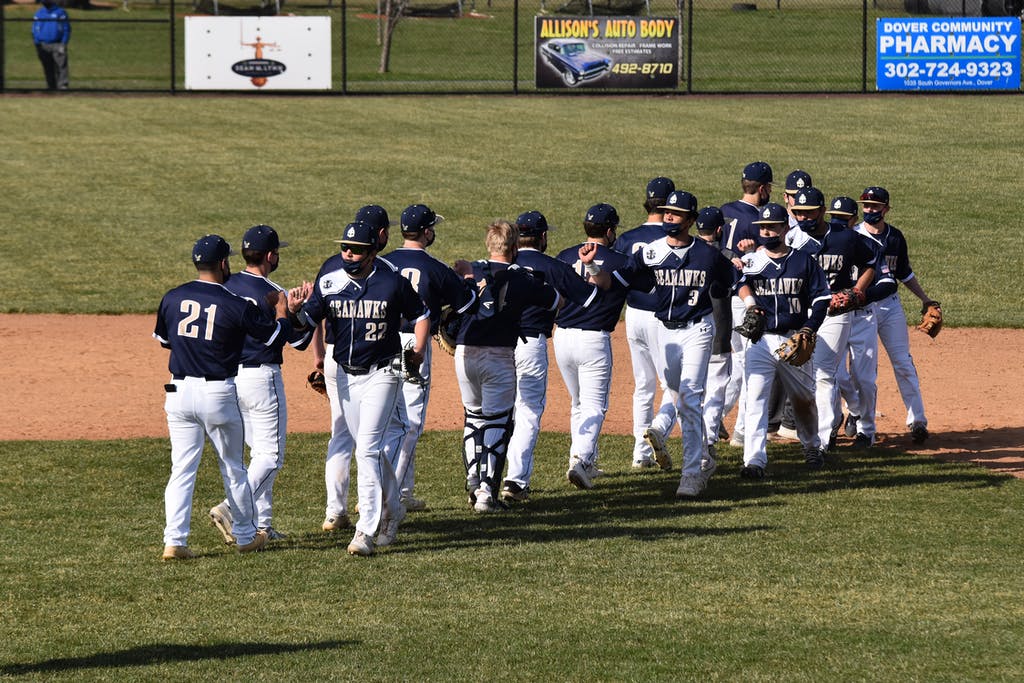 Delaware Military Academy improved to 4-0 with a 5-inning 20-10 victory this afternoon over Dover in high school baseball.

The Seahawks trailed 10-5 going into the 5th, but mustered 9 hits – sending 20 batters to the plate in a 45-minute at bat to take the lead. Dover managed to get a baserunner into scoring position in the bottom of the inning but could not extend the game. 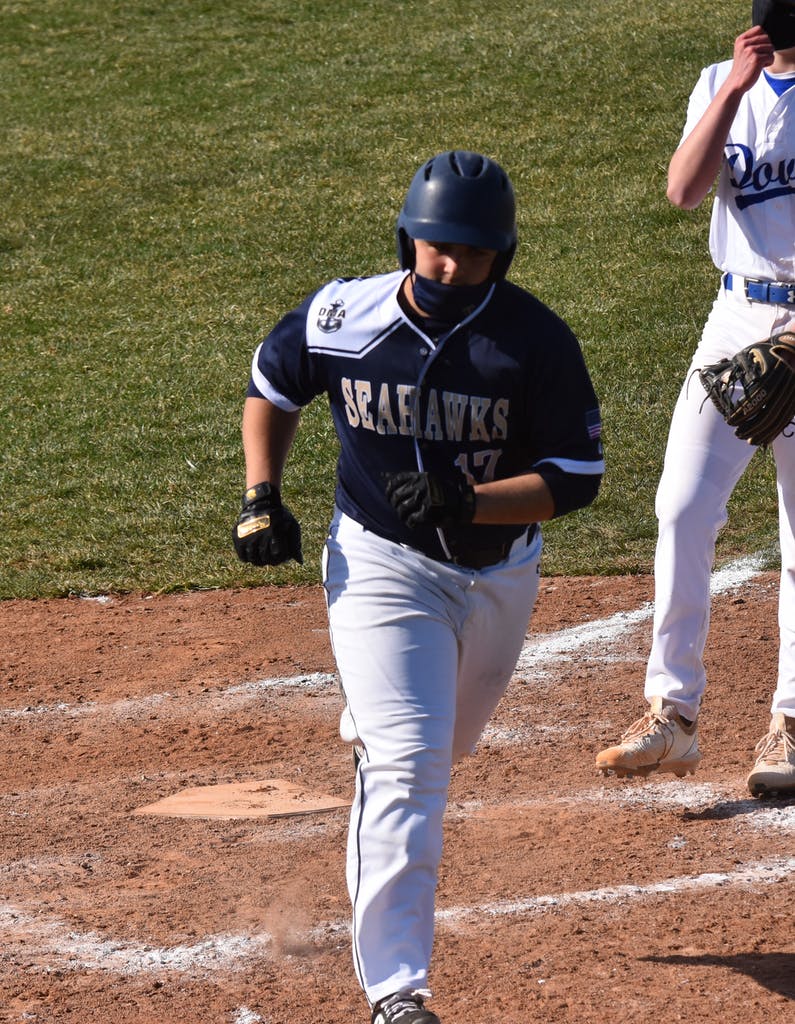 DMA led 2-1 after one inning thanks to a solo home run by Mason McCloskey and an RBI single from Zach Morris. The Seahawks scored 3 more runs in the 2nd as Jackson Tyer & Mason Deluca both doubled. They might have scored even more runs if not for a leaping catch by Dover’s Tevion McCoy off the bat of McCloskey.

The Senators took the lead in their half of the 2nd inning, plating 5 runs on just 2 hits. The big blow was a 3-run double by Alec Rodriquez. Dover extended the lead to 10-5 scoring four runs in the 4th inning. However, the top of the 5th was the visitor’s time to shine!

Dover used four pitchers in the 5th but could not cool off the hot Seahawks bats. DMA took the lead for good on a 2-run single by Mason Rossiter. Winning pitcher, Tyler August came into the game in the third inning in relief of starter Kevin Williams.

The 6th ranked Seahawks are 4-0 on the season while Dover dropped to 1-3.