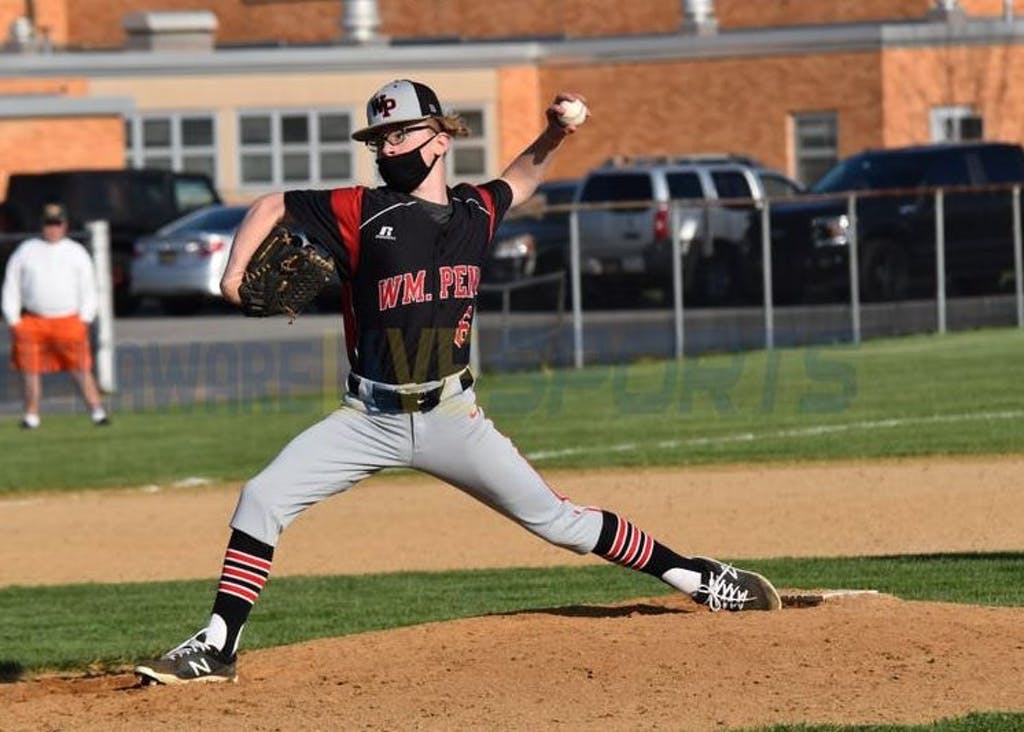 While Carney says sports like baseball can play without masks, DIAA rules say they cannot.

UPDATE: The DIAA will meet Monday, April 19, to consider the mask rules.

High school student athletes across the state of Delaware will remain masked during play.

For the time being, at least.

With just nine of the required minimum of 10 board members present, the Delaware Interscholastic Athletic Association (DIAA) board of directors was unable to pass a vote on mask usage during the board’s monthly meeting April 8.

Mask use on the field of play has been a hotly discussed topic since Gov. John Carney’s revised his COVID-19 State of Emergency to eliminate face mask usage for student athletes in non-high-risk sports while actively playing on the field or court.

The DIAA, however, still had mask rules in place, meaning athletes across all sports — whether indoors or outdoors, high-risk or low-risk — still had to wear masks during play.

During the DIAA’s monthly board meeting Thursday, which was called to order shortly after 9 a.m. and didn’t adjourn until over seven hours later, the revised order regarding mask usage was the seventh of 13 items listed on the agenda.

DIAA Board President Dr. Bradley Layfield motioned to put an emergency order in place, and the motion was seconded and then approved unanimously. That change has to be sent to the Delaware Education Board for approvavl. Later, the DIAA board realized it didn’t a quorum — or minimum number of board members present — for its proceedings to be valid, so it did not count.

The board went on a short recess in order to try to round up a few more members to vote but was unable to.

The emergency regulation, according to Layfield, would have aligned DIAA’s mask policy with Carney’s revision.

Dr. Bradley Bley, the Sports Medicine Advisory Committee’s member on the board, made it clear during discussions that the Delaware Divsion of Public Health would still be investigating every case of COVID and can still shut teams down, but that his committee is in favor of dropping mask use for non-high-risk sports.

Bley cited masks obstructing the view of an athlete as one of the injury risks in continuing to wear the masks during play.

The board can call an emergency meeting to reopen the discussion and try to pass it in order for it to be added to the state board’s April 22 agenda.

Early in the meeting, the board unanimously approved waiver requests for 1A, 2A and 3A football teams to begin play in “Week 0,” a week before Labor Day.

The waivers will allow those schools to begin early to accommodate out-of-state scheduling in case teams are unable to field a full 10-game schedule. Practices for those teams will begin Monday, Aug. 9, also a week earlier than practices are slated to begin.

The recommended seeding criteria points system would reward teams for win percentage and strength of schedule, but the point system is still to be determined.

A proposal allowing out-of-season coaching led to a prolonged discussion and ultimately the board unanimously passed the regulations for a period of public comment with the state registrar beginning May 1, and then a public hearing.

The board’s vice-chairperson Matt Donovan said a school survey showed 33 schools in favor of out-of-season coaching, with 11 against it.