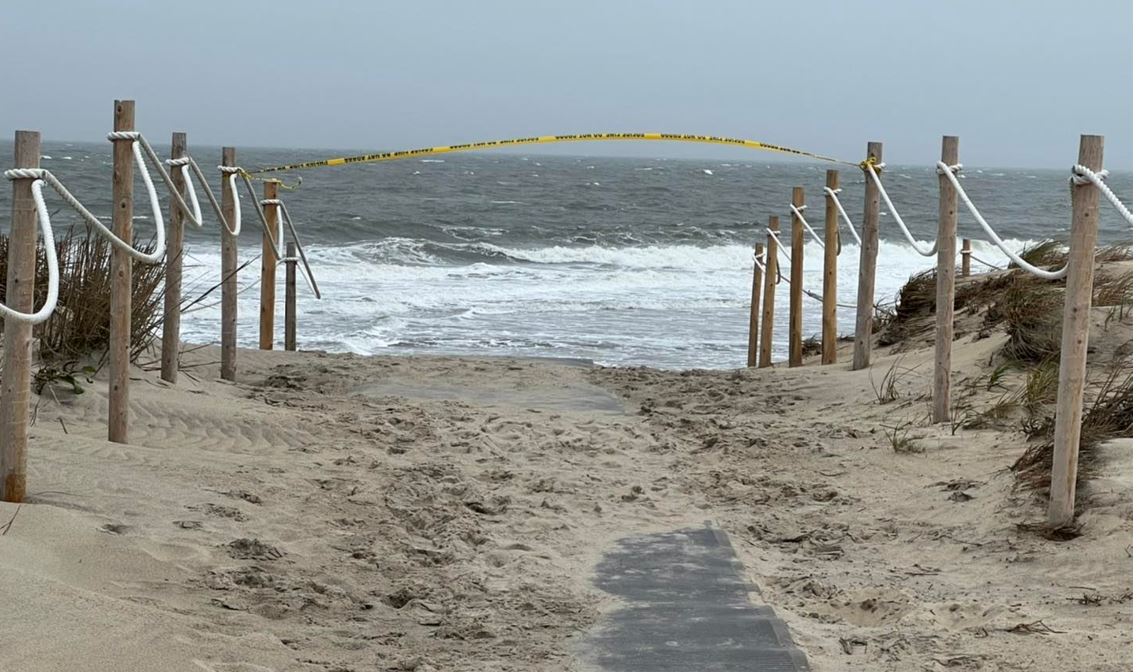 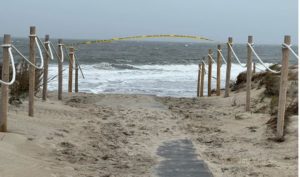 Dune access points in Dewey Beach are being assessed today; safe ones will be opened and unsafe will be marked with caution tape. Photo courtesy of iDewey.com

Dewey Beach announced Friday afternoon that it has inspected the town’s beach access sites and opened most of the them.

The three left closed are at Dagsworth Avenue, Bellevue Street and Collins Avenue, the town said about 3 p.m.

“These three dune crossing will remain closed at this time due to steep drop offs on the east side of the dune that poses a risk to the public,” the announcement said.

Beach also are open to anyone who can access them from north or south of town, according to a message released in the day.

The message came with a warning: “Please continue to use extreme caution if you choose to access the beach.”

The update follows the town’s announcement Thursday that it was closing the access points because of damage to the beaches from the nor’easter that hit last weekend and has been churning the water during the week.

It caused massive beach erosion and left a lot of debris, including dune fencing and poles, scattered on the beaches.