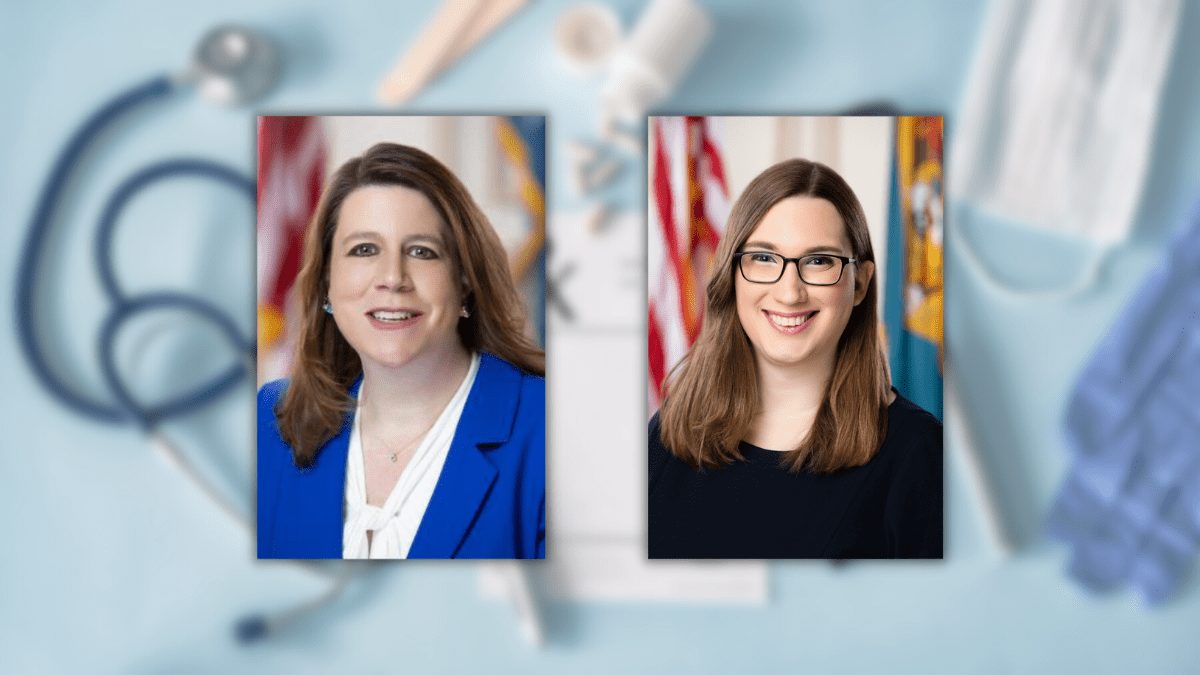 Democratic lawmakers plan to file a bill in the General Assembly Friday that would guarantee health insurance for all Delaware children who are not otherwise covered, including undocumented immigrant children.

House Bill 317, sponsored by Rep. Krista Griffith, D-Fairfax, and Sen. Sarah McBride, D-Wilmington North, would direct the Department of Health and Social Services to develop and operate a medical coverage program for children in Delaware whose family income is low enough that they would qualify for Medicaid or CHIP coverage but for other reasons do not.

The bill has been dubbed the “Cover All Delaware Children Act.”

“Many of us take health insurance and its lifesaving benefits for granted, but for thousands of Delaware children, there is no viable option for them to get covered,” Griffith said during a press conference Tuesday. “A simple trip to the doctor for an illness or to get vaccinated is not a financially viable option.”

Asked how much the program would cost, Griffith said Nemours Children’s Health has estimated the cost at around $3 million to $5 million annually.

She noted that those funds weren’t included in the governor’s budget and would have to go through the Joint Finance Committee in order for the program to take effect by Jan. 1, 2023.

State House Minority Leader Danny Short, R-Seaford, thinks the program would cost much more than that.

“This proposal is at once well-intended and entirely misguided,” Short said.  “The supporters of this bill want to provide medical and dental care to an estimated 5,000 children who are in Delaware illegally – a program that will be wholly paid for by state taxpayers.”

Short said that by offering these benefits, Delaware would become “a favored destination for illegal immigration,” and would only further burden the state’s overcrowded schools “which are required to educate undocumented children but receive no federal assistance for complying with this mandate.”

“As someone who has been involved in the health insurance industry for more than 30 years, I estimate the initial annual cost of this program will be at least $10 million,” he said. “This approximation does not include the start-up and ongoing expenses of the state bureaucracy needed to administer the new benefit or its future growth.”

McBride believes the cost of inaction would be even higher.

Griffith argued that children who do not receive medical care when it’s necessary are often presented with longer-term health issues later in life.

“We owe it to these children — many of whom are in this situation not by their own choice — to help them get the same standard of care so many thousands of other young Delawareans receive,” she continued. “The Cover All Delaware Children Act will provide our young residents access to doctors and nurses and the basic medical care they need. How could we not support this program?”

According to the Delaware House of Representatives Democratic Caucus, there are approximately 5,000 children who are undocumented in Delaware.

Many undocumented children, the caucus noted in a press release, have parents who earn low wages and do not benefit from employer-based health insurance.

Children who are undocumented immigrants are also barred from enrolling in federally funded health coverage programs Medicaid and CHIP, and they can’t purchase health coverage through the state exchanges provided by the Affordable Care Act.

Griffith said it’s difficult to project how many children will be eligible for the program because many families are fearful to come forward due to their immigration status.

Regardless of their status, McBride said, the folks who would benefit from the program are our neighbors.

“As a state of neighbors, Delawareans always rally together to provide life-saving assistance during a crisis, whether it’s the COVID-19 pandemic, the devastating storms that have ravaged our state in recent years, or the fire that recently destroyed an apartment building in Laurel,” McBride said. “Now, vulnerable children need our help to get the kind of basic coverage that can prevent a health care crisis from which they and their families may never recover.”

She argued that Delaware has the opportunity to “choose to do the right thing” by guaranteeing children access to safe and affordable healthcare, which she said “should not just be a privilege of circumstance but a fundamental human right.”

“We have children with terrible dental hygiene and multiple and severe dental infections and the parents can’t afford a dentist,” Santiago said. “These children live with pain.  Many of their parents can’t even afford basic things like glasses. Parents struggle to buy medication and they often can’t pay for necessary tests, like lab work.”

She said that every child, no matter where they come from, deserves access to health care in “the same way we can provide school and education to every child.”

The measure has also earned the support of the Delaware State Education Association, the union that represents faculty and staff in Delaware’s public schools.

“This legislation is an extension of the extra care that is needed to keep our children safe, healthy, and successful,” said Stephanie Ingram, the group’s president. “The children that would benefit most from this program are a small population. And, adding this coverage for our undocumented children pays for itself with increased rates of high school graduation, on-time high school graduation, college enrollment, and four-year college graduation.”

Short said the measure is a “camel’s nose under the tent” situation.

“Once established, it is inevitable that the same rationale for this initiative – protecting the health and welfare of all Delaware residents, legal or otherwise – will be applied to covering all undocumented residents,” he said. “To be clear, illegal immigrants are not unserved.  They can receive medical care at certain health facilities and may also qualify for emergency Medicaid, which covers access to health care in urgent situations.”

The Republican leader said that while he empathizes with the desire to help children, “even those here illicitly,” he cannot support a bill that asks Delawareans to pay for “a generous benefit program for undocumented immigrants when so many of their own needs are unmet.”

The bill will be assigned to the House Health & Human Development Committee.