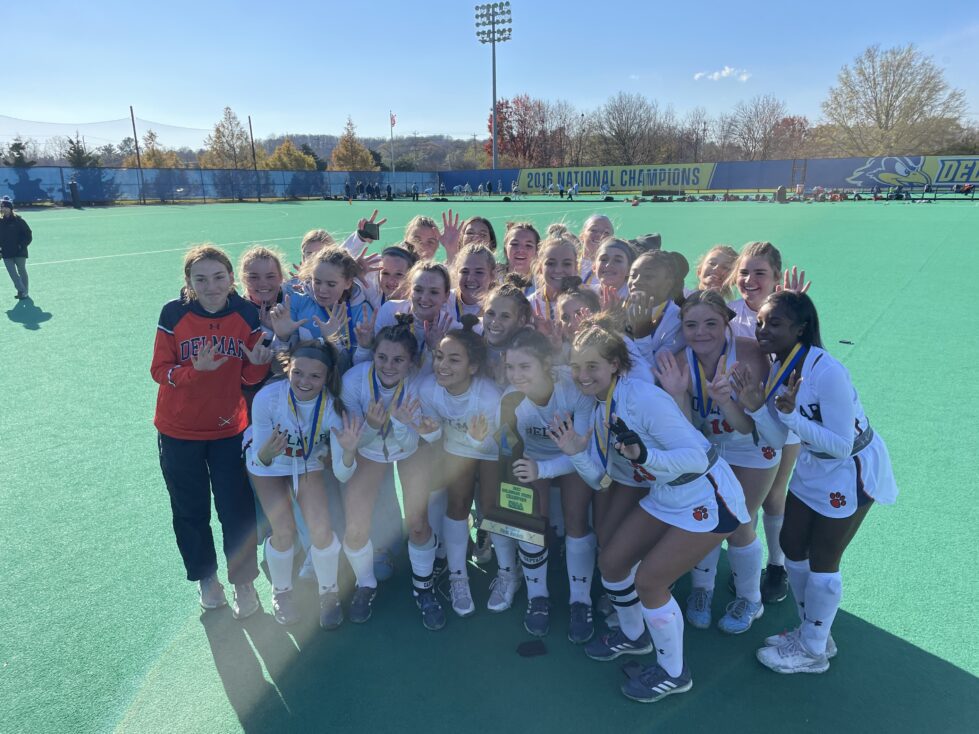 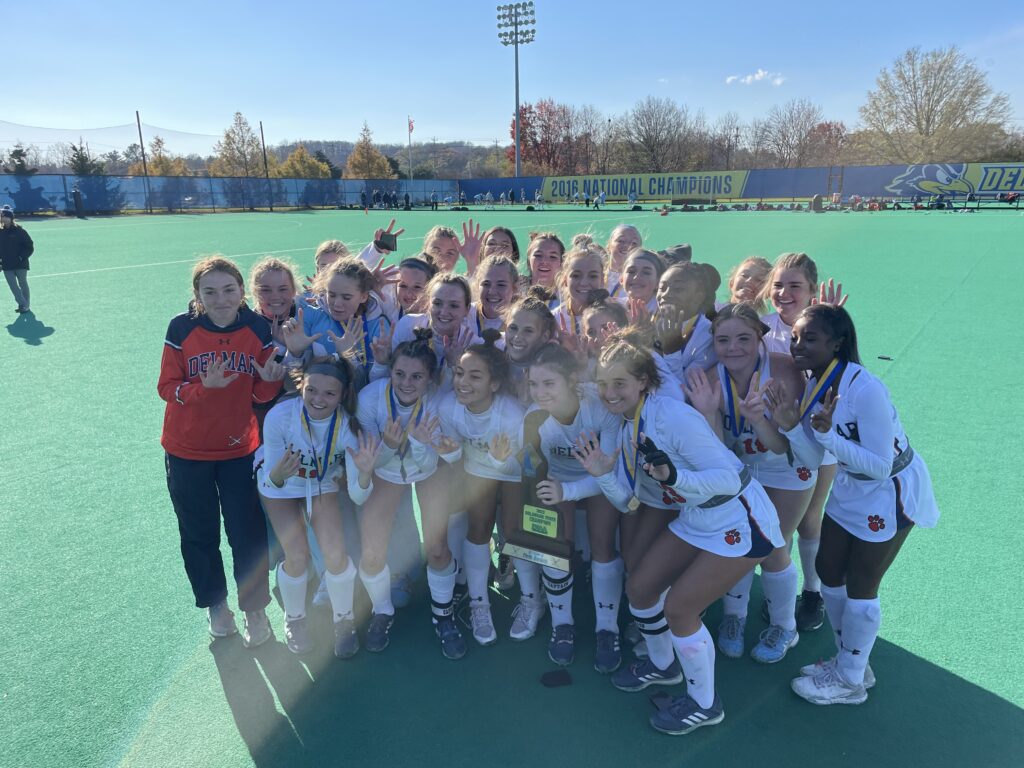 Macy Bradford led the Wildcats with 2 goals and 3 assists. Archmere’s goal was scored by Bella Dell’Oso which was the only shot Archmere had in the game. Ava Hughes of Archmere had a phenomenal game making 39 saves as Delmar was just relentless on the offensive side of the game. She was aided by Rebecca Olsen and Kathleen Shaller who also made a few great saves themselves to hold Delmar to just 7 goals. 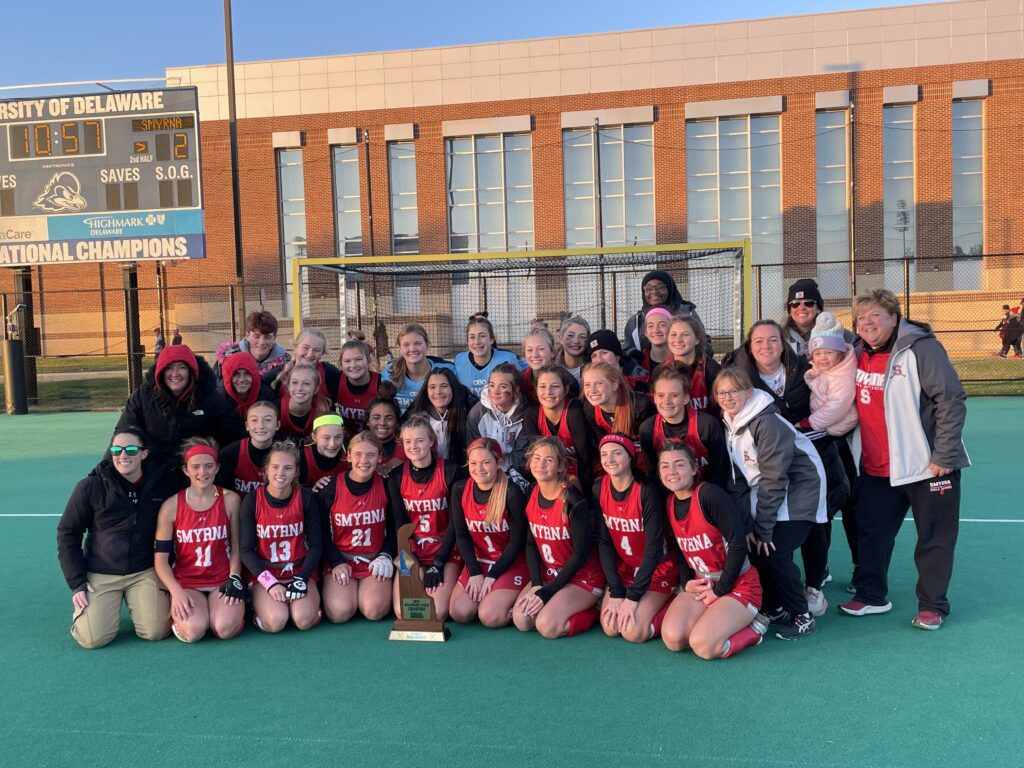 Smyrna upset 12-time state champion Cape Henlopen who had won 5 straight in dramatic fashion. After full-time was played with a 1-1 tie the game was forced into OT. With 10.57 to go in the first overtime Kirsten Johnson made a miraculous goal as Dru Moffett sent a centering pass from the far right side she laid out fully extended to knock the ball in the back of the net to give Smyrna their first-ever field hockey state championship with a 2-1 score.

It was a pretty evenly played game as both teams totaled 6 shots each. Cape did lead in corners 8 to Smyrna’s 3. Both goalies Halle Geiger of Smyrna and Morgan Newcomb of Cape had 4 goals a piece. Hannah Maney scored the goal for Cape on an assist from Alexis Tuitt. Reese Nacrelli scored the first goal for Smyrna in regular time on an assist from London Bebout.