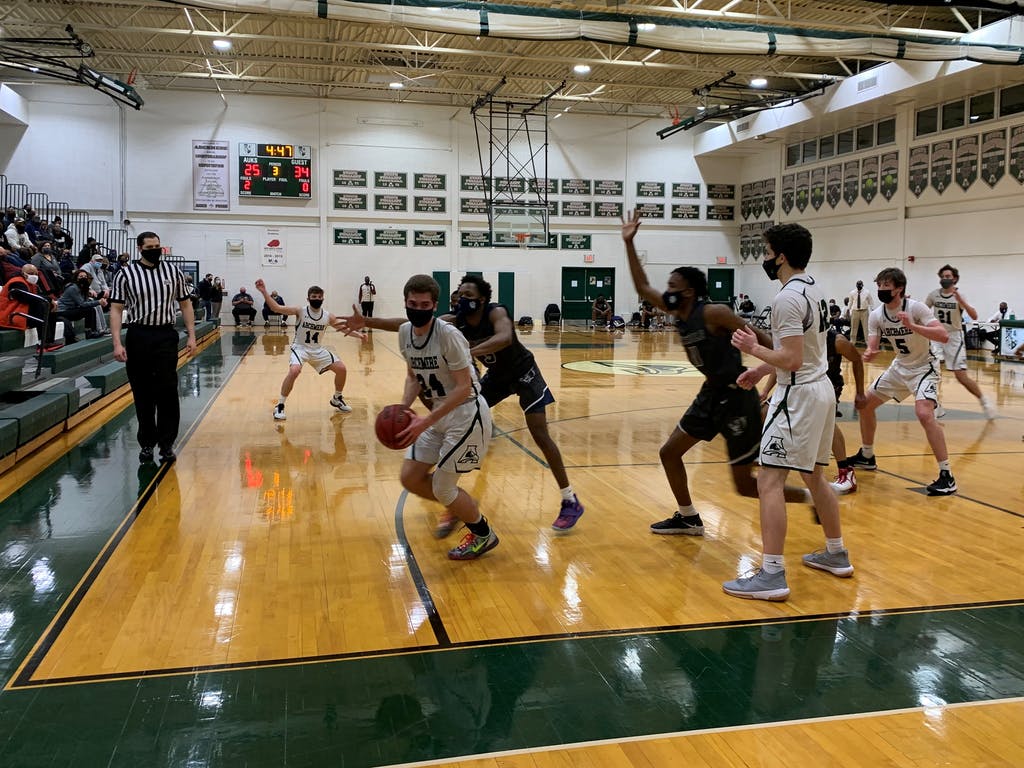 Archmere Academy hosted the Delcastle Cougars in the 2nd round of the boys’ basket state tournament on Thursday night in Claymont. Both teams came off a first round bye.

Delcastle started the game putting full court pressure on the Auks which facilitated a frantic pace at the beginning of the first quarter.  Neither team was able to successfully find offense initially, but things started to settle down a bit at the halfway point with the Auks and Cougars trading baskets on multiple possessions. Delcastle seemed to settle for outside shots while Archmere capitalized on a number of layup opportunities to end the quarter with a 16-8 lead.

Delcastle came out determined in the 2nd quarter cutting the lead to just 1 at the 2:30 mark of the Better executed offensive sets and strong rebounding took Archmere out of its game for the better part of the quarter, forcing the Archmere coach to call timeout to reset and draw up a play for the last possession of the quarter. Archmere ended up turning the ball over on the possession which resulted in a made 3 point field goal from Delcastle’s Gabriel Valmond with 15 seconds to go to put Delcastle up 25-23 at the end of the half. Chris Albero created most of the offense for Archmere in the half, finding open shooters and cutters on their way to the basket. 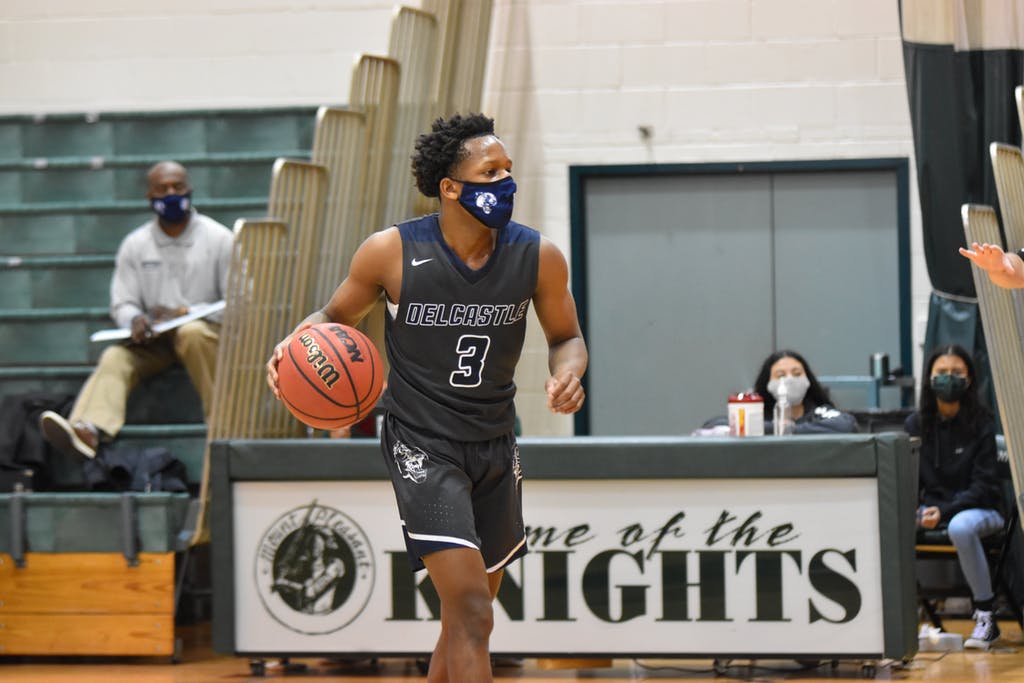 The Cougars continued their high paced tempo into the second half, forcing Archmere to turn the ball over and take low percentage, contested shots. Jaheem Gadseden led the Cougars to a 25 point quarter. While the Auks were only able to manage 7 points.

Archmere started the 4quarter on a mission. Their full court press took Delcastle by surprise forcing a number of difficult offensive possessions. Archmere proceeded to go on an 11 point run, including 3 straight 3 point baskets to bring them within 10 with 3:50 left to go in the game. However, Delcastle continued to fight, matching the Auks with hard earned points in the paint to maintain a double digit lead to end the game with a 61-48 win over the #16 seeded Archmere.