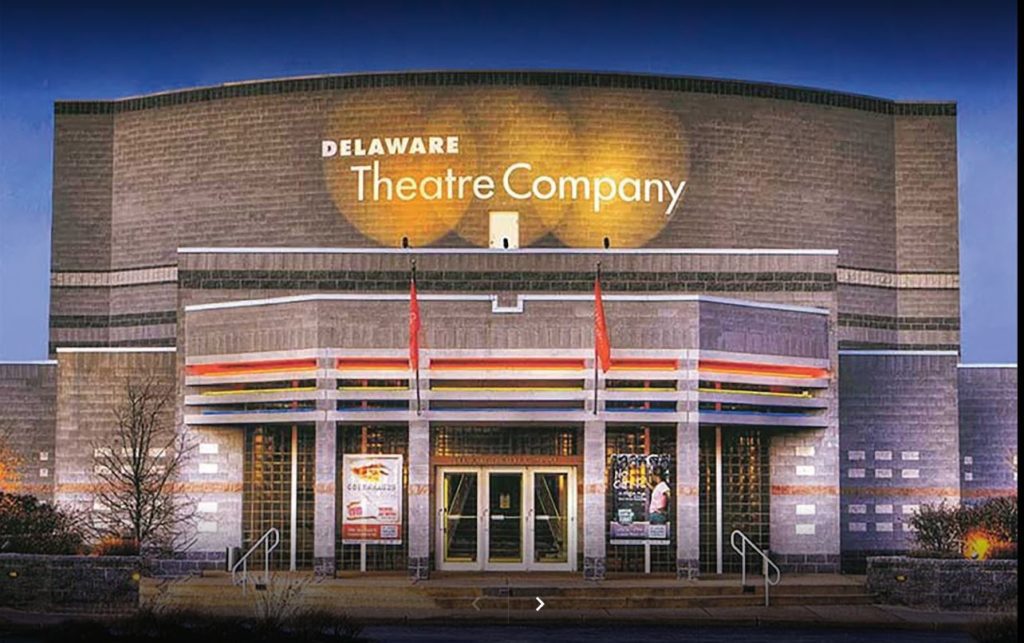 Delaware Theatre Company’s new season will include three musicals, a drama and a classic comedy.

The Delaware Theatre Company’s 2022-23 season will include two world premiere musicals, including one about Dolly Parton.

The rest of the five-show season will be filled with an off-Broadway musical, a play about the Tuskegee Airmen and a comedy classic, “One Man, Two Guvners.”

“Our new season is vibrant and wide-ranging,” said Bud Martin, DTC’s executive and artistic director, in a press release. “Once again, we’re working with some of the top talent in the theater world. There’s no doubt our patrons will find our offerings captivating and enriching.”

“Wide-ranging” is the key descriptor there.

The season opens Sept. 14 with “Here You Come Again: How Dolly Parton Saved My Life in 12 Easy Songs.” It’s a new work by Bruce Vilanch, Gabriel Barre and Tricia Paoluccio. The songs will include some written by Parton.

Villanch and Barre are no strangers to DTC’s Riverfront theater.

Villanch wrote the book for “Sign of the Times,” a musical based on the music of Petula Clark, and Barre directed the show when it played there in November and December 2018.

“Here You Come Again” will follow the tale of a has-been-who-never-was comedian and his unusual relationship with his longtime idol, Dolly Parton.

The show will celebrate how Parton’s music has both profound and funny things to say about life, love and how to pull yourself up by your bootstraps — even if your bootstraps don’t have rhinestones.

The Parton show closes Oct. 2 with “Black Angels over Tuskegee: The Story of the Tuskegee Airmen,” is set to run Oct. 12-30.

The changeover will be made easier because the Tuskegee show’s run is a stop on its tour. It’s the first time the Delaware Theatre has booked a show this size as part of its regular programming.

Inspired by true events, the drama tells the story of six trail-blazing men who excelled to become the first Black aviators in the United States Army Air Forces. The play explores their struggles with Jim Crow, insults to their intelligence, patriotism, brotherhood and dreams of an inclusive and fair society.

Matt Silva, the theater’s chief operating officer and managing producer, said the theater was thrilled to be able to book the show.

“Shows of this nature typically play for a performance or two and move from city to city,” he said. “We are eager for them to be with us for three weeks so that we can share this story with our community.”

The show will offer a 50-minute student version.

DTC decided to book the show partly because of the important historical story it tells, but also to stretch the budget coming out of the pandemic. The set will be ready to go and the actors won’t need three weeks of rehearsal on the theater’s stages.

“In order to give voice to important stories while continuing to bring top-notch entertainment to Wilmington, we have had to get creative with how we program shows,” Silva said.

The theater’s Christmas show will be “Plaid Tidings: All Your Favorite Holiday Tunes,” expected to run Nov. 30-Dec. 18.

It will be directed by Silva with vocal and musical arrangements by James Raitt,  Brad Ellois, Raymond Berg and David Snyder.

The story is an offshoot of “Forever Plaid,” an off-Broadway musical about a group of singers killed on their way to see the Beatles debut on “The Ed Sullivan Show,” only to be allowed to return to earth to earn a place in the spotlight.

“Plaid Tidings” features the same four characters and combines tunes from the ’50s and ’60s with traditional holiday songs, along with classic and comic references to the era.

Running Feb. 1-19 will be Richard Bean’s “One Man, Two Guvners,” based on “Servant of Two Masters” by Carlo Goldoni. Martin will direct the show.

A version of this that debuted in London in 2011 catapulted late night TV host James Corden — who played the servant — into stardom.

Bean moves the play’s action from Italy to Brighton in 1964. The impoverished main character, Francis, decides to take two jobs so he can eat, but then finds himself unable to because of constant demands on his time.

The story evolves into a fast-paced satire complete with door-slamming farce.

The theater’s season will end with the world premiere of “Borderline: A New Musical with Personality,” by Aryanna Garber. Music and lyrics will be by Benjamin Velez.

It focuses on Anna, a single artist in her mid-20s. A college dropout, she can’t seem to hold down a job, even as a barista and every attempt at a romantic relationship results in disaster.

Season tickets cost between $160 and $400, depending on the day, time and seat chosen.

Of particular interest to patrons, though, may be the theater’s announcement that it plans in September to drop its mask mandate.

“Given current health trends, DTC expects a return to normal audience protocols for the 2022-23 season,” the theater said in a press release. “Patrons may choose to wear a mask, but it won’t be a requirement.”

The theater said it would continue to monitor health guidelines and offer full refunds to patrons who are uncomfortable in any way due to COVID-19.