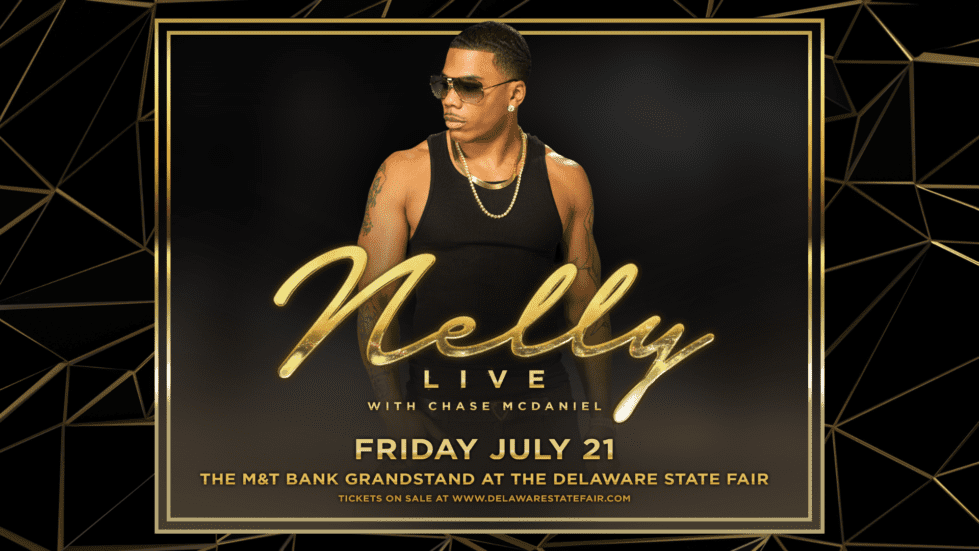 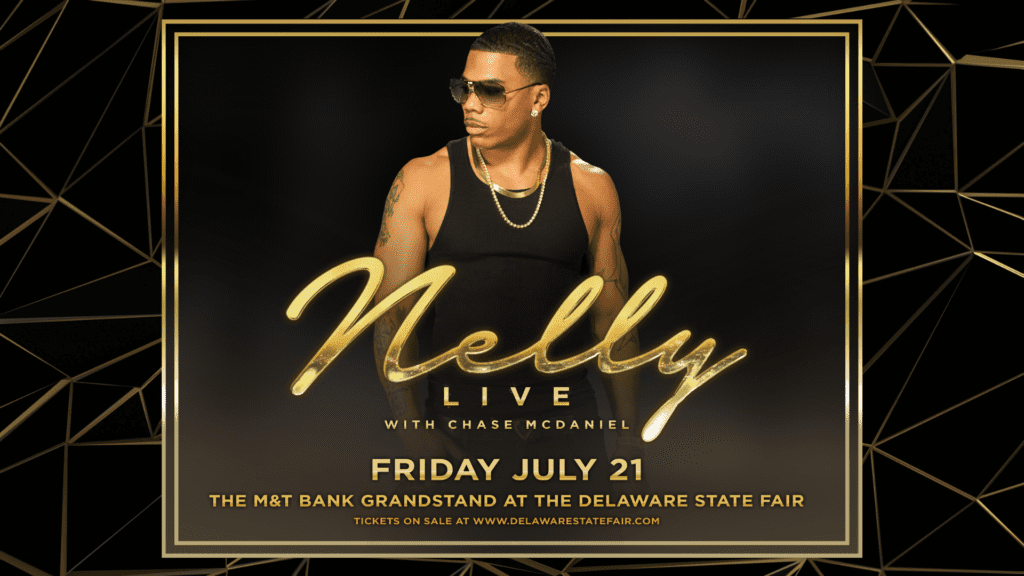 “Diamond-selling, multi-platinum, Grammy award-winning rap superstar, entrepreneur, philanthropist, and actor, Nelly, has continually raised the bar for the entertainment industry since stepping on the scene in 2000 with his distinctive vocals and larger-than-life personality,” the State Fair said in a news release.

Nelly will perform Friday, July 21, 2023, at the M&T Bank Grandstand in Harrington.

He previously performed at Firefly in September 2021 and at the Delaware State Fair in July 2022.

He’ll be joined by country singer and songwriter Chase McDaniel, who, according to his Apple Music biography, “broke out of Nashville in 2022 with a rock/country hybrid filled with an edgy swagger and streetwise lyrics.”

McDaniel’s music, according to McDaniel, “reflects the outlook of a man who has had a few misadventures in life and love, but with a dose of honesty and just the right amount of humor.”