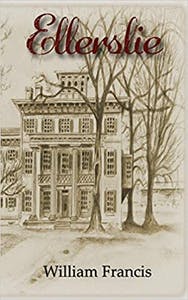 Research about Interstate 495 has inspired a veteran writer to craft a novel about Delaware in the Roaring ’20s, featuring F. Scott Fitzgerald, ghost-hunting and a few du Ponts.

“I was just fascinated to find out about it,” William Francis Albensi, who writes under the name of William Francis, said of the literary lion’s two-year stint in Delaware.

“I came here to get away from the noise of New York so that I could write,” Albsensi writes in creating a speech for Fitzgerald. “I also came here because I have a fascination with medieval Europe and feudalism. I wanted to study the DuPonts and their quasi-feudalism over this area and create a novel loosely based on them.”

“Ellerslie” also exposes Fitzgerald’s self-deprecating outlook, his insecurity that his best was already behind him and the hard partying that led to his untimely death at age 40.

“Look at all these drunk and pathetic faces just staggering through life with little purpose,” Albensi writes in fictional dialogue for Fitzgerald that ends the first chapter. “But they could say the same thing about me. I’m a source of amusement.” 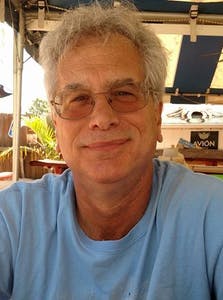 Albensi, who grew up in the Newark area, now lives in Pennsylvania, a stone’s throw from Delaware, and works as a Citibank tax analyst. The research was for one of his Arcadia Publishing photo history books, on Interstate 95, with a chapter on I-495.

Ellerslie was built in the 1800s and demolished in 1972. It lives on in the name of a road east of the Edgemoor exit of I-495 and south of Fox Point State Park.

Albensi was stymied in his hope to explore the mansion’s fenced-off riverfront site, later a DuPont Co. plant that was demolished in 2015. But his Delaware knowledge shows in things like P.S. du Pont and his campaign to build schools, the creation of Wilmington’s Rodney Square and Charles Lindbergh’s desire for a plane built in New Castle.

The novel is set in an era when bucolic northern New Castle County drew city slickers by train to mansions like Ellerslie or The Patio (now Archmere Academy) or the artsy Arden.

A review on the publisher’s website call it a “fast-paced, intensely spooky ghost story,” going from the era’s “glitz and glamour to the seamier underbelly.”

The heroine is April Ross, the University of Delaware’s first female history student, asked to write a history of the mansion but really asked to find out who’s haunting it.

Albensi doesn’t want to live in that era, he said, citing less advanced health care, violence associated with Prohibition and the exploitation of industrial workers. “You can fantasize, but it’s better to live in your own time,” he explained.

That said, history continues to draw him in. He’s researching Edgar Allan Poe’s connections to Delaware. Poe definitely gave a lecture in Newark on Dec. 23, 1843, but he has yet to find any evidence that he wrote “The Raven” while in Delaware.