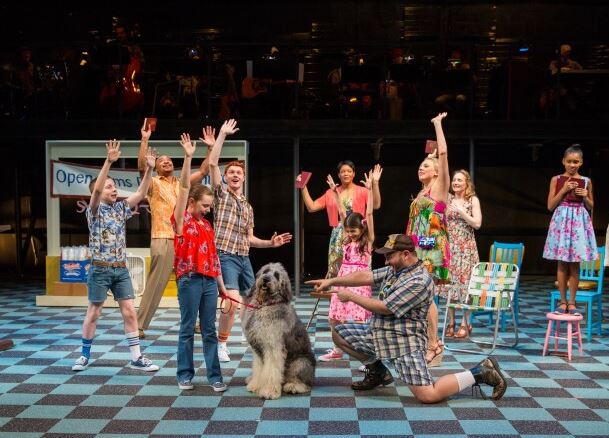 The same trainer who provided a dog for the Delaware Theatre Company’s “Because of Winn Dixie” trained the dog in Thursday’s live broadcast of “Annie.”

Delaware dog and theater lovers will be delighted to learn that the First State has a canine link to Thursday night’s airing of a live “Annie” on NBC.

New York trainer Bill Berloni, who provided the mutt playing Sandy in the TV show, also trained the dog starring in “Because of Winn Dixie” at Delaware Theatre Company. for its 2015 run there.

And, to bring the dog/Delaware/live TV musical connection full circle, Bowdie was brought to Delaware after he had just starred as Nana in a live NBC broadcast of “Peter Pan.”

Famed for choosing rescue dogs for his performing animals business, Berloni also brought two other dogs to Delaware as backups in case something went wrong with Bowdie.

“Because of Winn Dixie,” by Nell Benjamin ( “Legally Blonde”) and and Duncan Sheikh ( “Spring Awakening” ), is about how a dog found at Winn Dixie helps improve the lives of people he meets.

It most recently played at the Goodspeed Opera House in Connecticut. Backers had hoped to take it to Broadway, but COVID-19 hit.