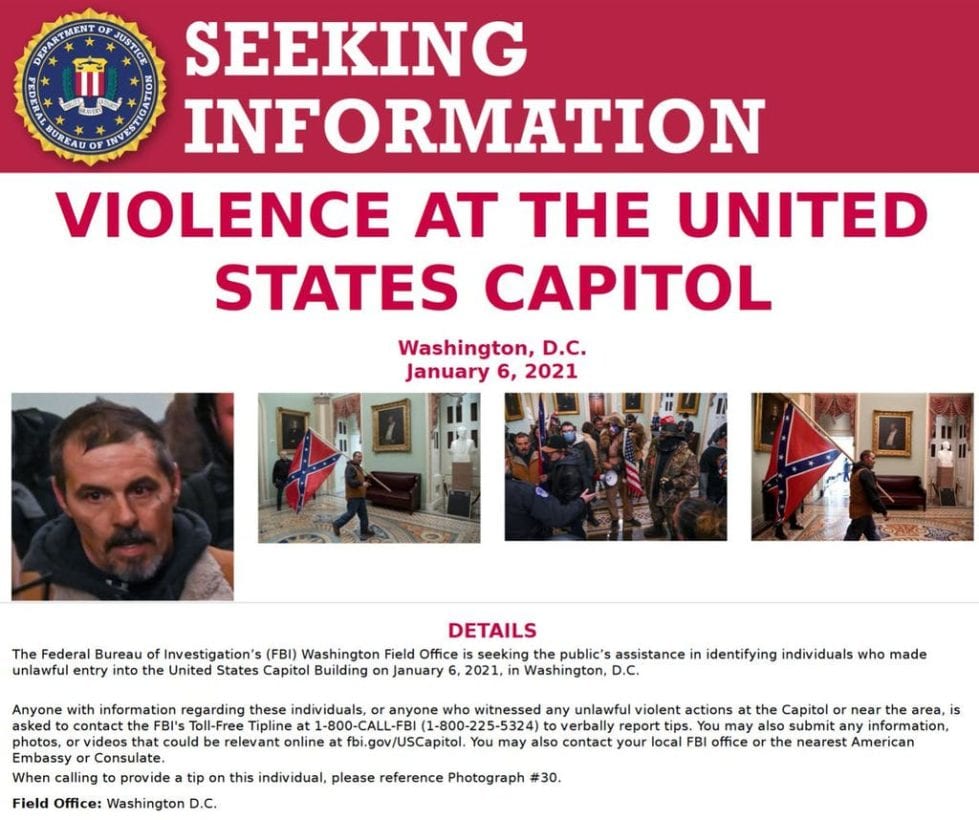 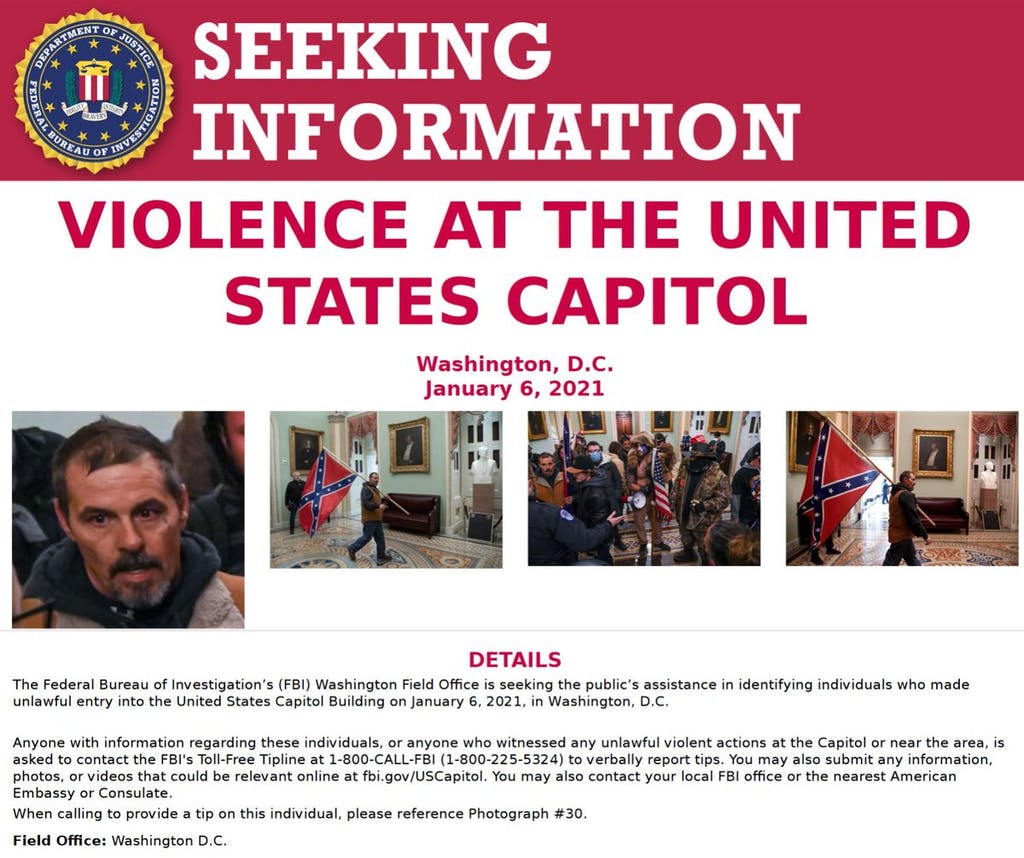 The FBI’s request for information.

Two Delaware men were charged today in connection with the Jan. 6 riots at the U.S. Capitol, the Department of Justice said.

Kevin Seefried and his son, Hunter Seefried, were charged today in federal court in the District of Columbia and taken into custody in Delaware.

A photograph of Kevin holding a Confederate battle flag inside the Capitol was a viral image from the riots, and it merited a single page on the FBI’s website seeking help in identifying people involved in the riots. Other pages had photos of multiple people.

A Google search quickly identifies a family home on a barren lot near Laurel, and the flag was said to have been taken from the home.

Each was charged by complaint with one count of knowingly entering or remaining in any restricted building or grounds without lawful authority, one count of violent entry and disorderly conduct on Capitol grounds and one count of depredation of government property.

They were among the first to enter the building, through a broken window. “Hunter Seefried was asked by a stranger to punch out glass from a Capitol complex window after others broke it with a 2×4 wooden plank, giving rioters entry, the FBI said,” The Washington Post wrote

The Bureau of Alcohol, Tobacco, Firearms and Explosives and the FBI have a site for tips about people allegedly involved in the riots, and the FBI is seeking tips about “individuals who may have incited or promoted violence of any kind.”

An FBI representative told Fox News earlier this week that the bureau has received more than 40,000 digitally submitted tips.

“Last week’s breach of the U.S. Capitol Building was nothing less than an assault on our democracy,” David C. Weiss, U.S. attorney for Delaware said in a statement, promising to hold participants accountable.