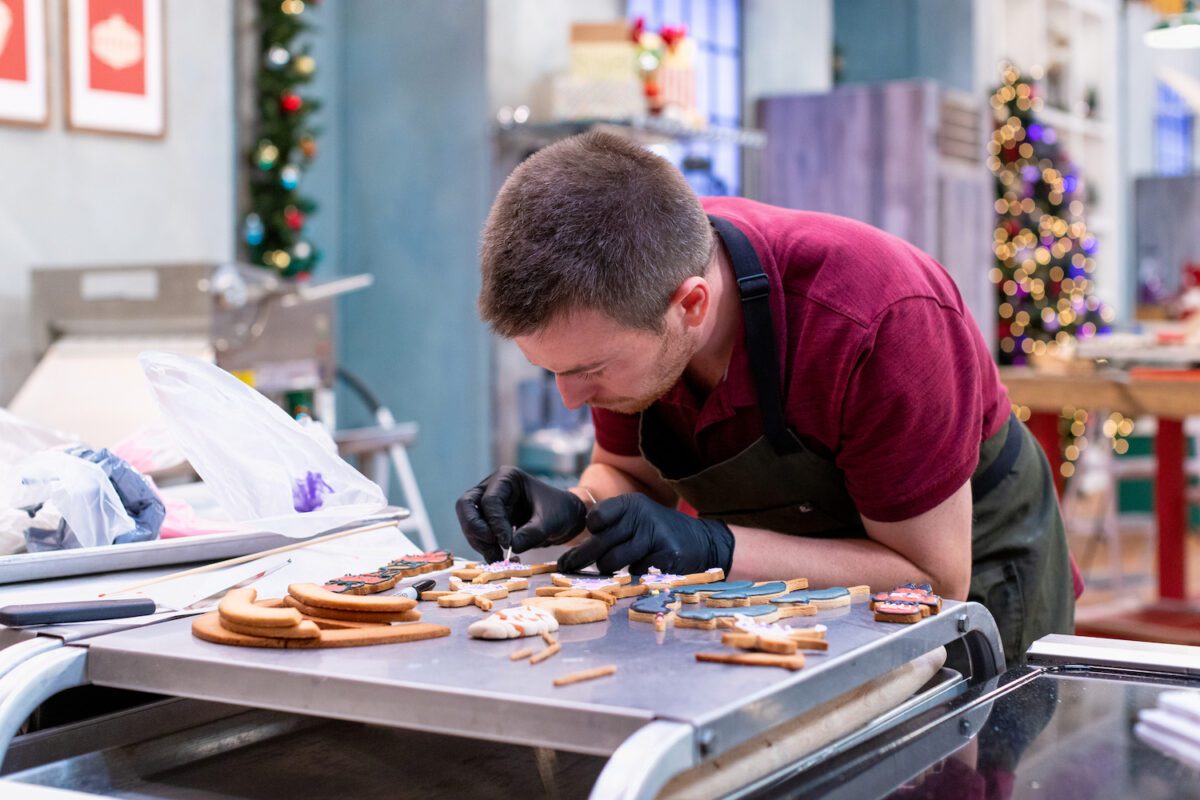 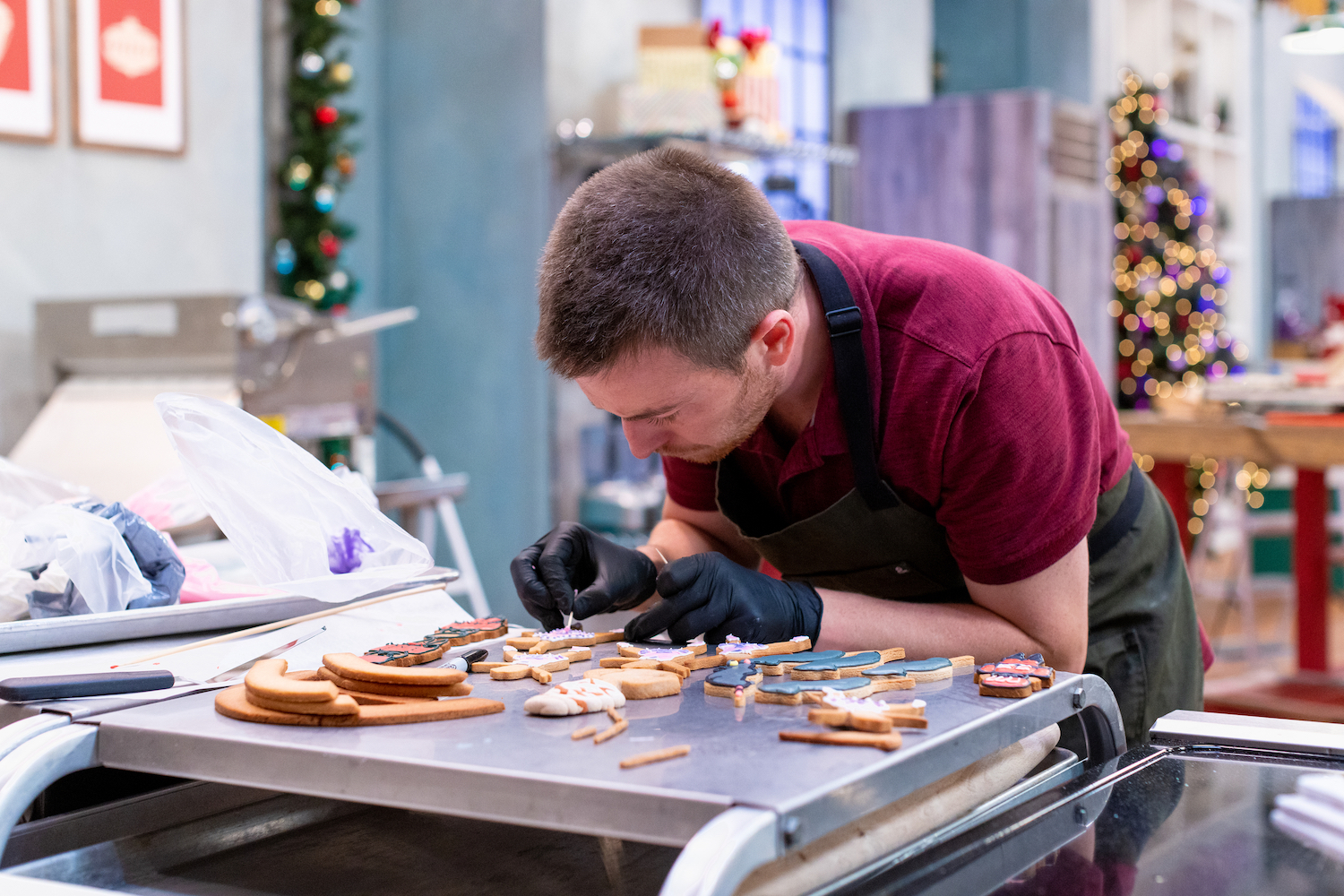 Joe Daigle is a definite newcomer to gingerbread displays, but somehow – maybe those posts on Facebook or Instagram? – he got an invitation from the Food Network to appear on a bakeoff show.

His “Nutcracker on Stage” episode of “Holiday Baking Championship: Gingerbread Showdown” debuts at 10 p.m. Monday and is scheduled to air five more times in December.

Daigle, a Brandywine Hundred resident, chose to pair with friend Sean McGovern, pastry chef at the Urban Outfitters headquarters in Philadelphia, and a man with his own mouth-watering Instagram.

“When it debuts, Sean and I are going to a bar in Philly that agreed to put it on TV,” Daigle said. “So I’m going to be watching it live like everybody else.”

Of course, he knows what happened (but isn’t allowed to talk about it) but said he will be interested in how that September day will be presented.

“It was a huge challenge,” he said. “There are two other teams, and they’re extraordinarily talented and experienced bakers. After meeting the competitors. I felt pretty far out of my depth since I’ve only done this a few years and only made four gingerbread displays before that. It was exhilarating, insane trying to make something from cookies being chased by the clock.”

They had 10 hours from unpacking their gingerbread in the Food Network’s Tennessee studios to completing their creation.

In the middle, they were given a baking challenge – an ingredient or a flavor – and the team had two hours to make a dessert and incorporate it into their display, he said.

“Host Carla Hall tasks the baking teams with capturing the performance in gingerbread, complete with an elaborate stage and a baked item featuring nuts,” the episode’s log line reads. 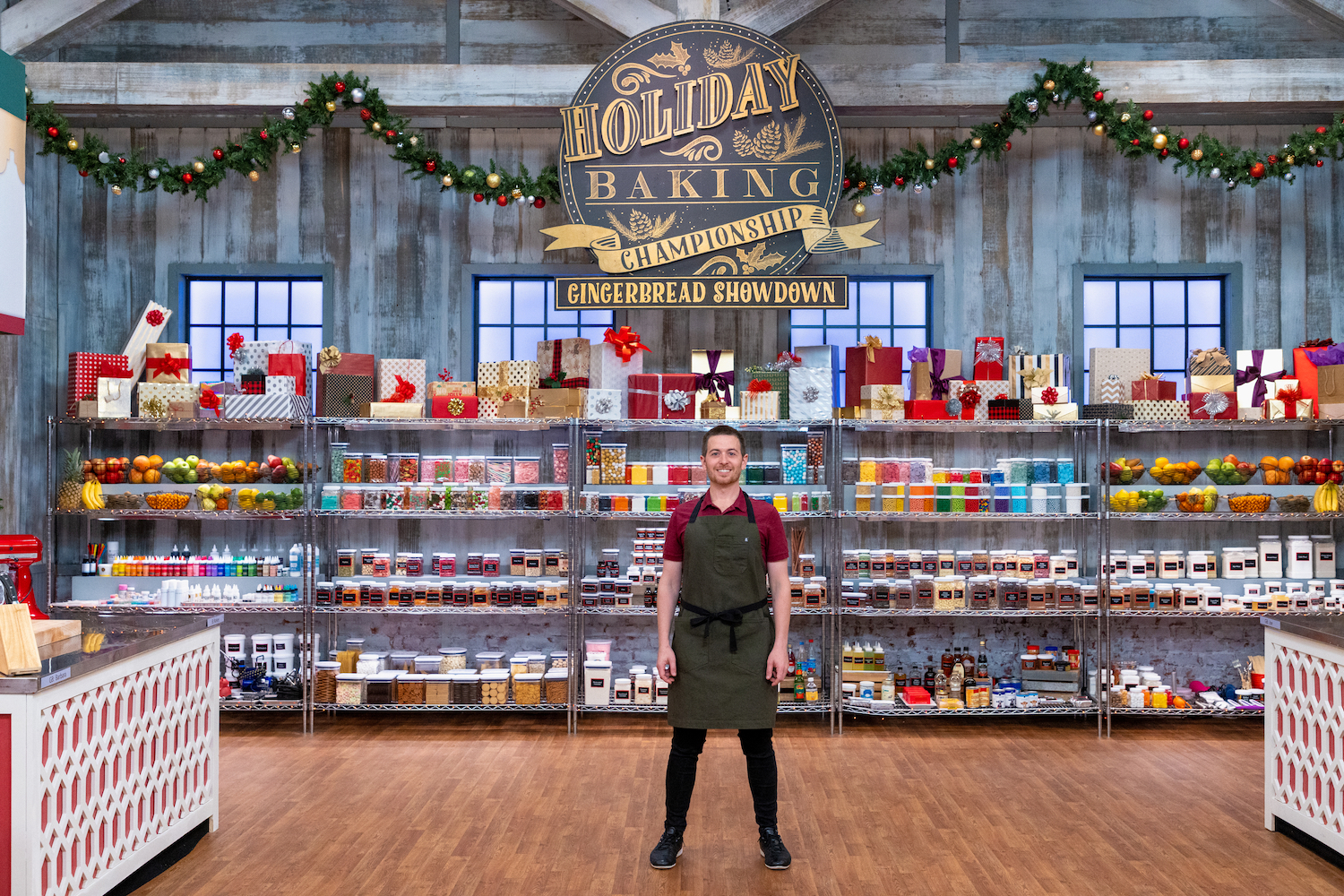 His history with gingerbread

His first foray into elaborate desserts occurred in college, when he turned to decorating cakes and pastry arts as a way to destress.

His first gingerbread display – they don’t have to be houses, although many are – was in 2019, for a fundraiser for the Newark Arts Alliance. It’s “a great organization,” and “I’ve always been a big supporter,” including serving on its board. He did a gingerbread version of Fallingwater, the Frank Lloyd Wright masterpiece.

He followed that with Paris’ Notre Dame in 2020 and a two-sided structure inspired by “The Nightmare Before Christmas” in 2021 (one side was Halloween, the other Christmas). This year, the alliance is getting an art nouveau candy shop, with “a 1905 kind of aesthetic.”

In 2021, he added his creativity to Hagley’s gingerbread house contest with a structure inspired by the yellow house in “A Christmas Story.” This year, to go with Hagley’s “all creatures great and small theme,” he created a carousel.” Such cute stylized animals!!!” a fan wrote on a video he posted.

“I really try to think about what would be insane for a cookie to do. I just try to stretch the limits of having it be gingerbread. The cookie is standing on its own, rolled thin and baked. And every display is completely edible. I don’t use structure underneath it. I want there to be this engineering ‘wow.”

“Being able to surprise myself inspires me when I’m making a design. I usually come up with something to make, and then I try to skinny it down and make it as hard as possible on myself. Because, if I could find a way to do it, it will look really cool.”