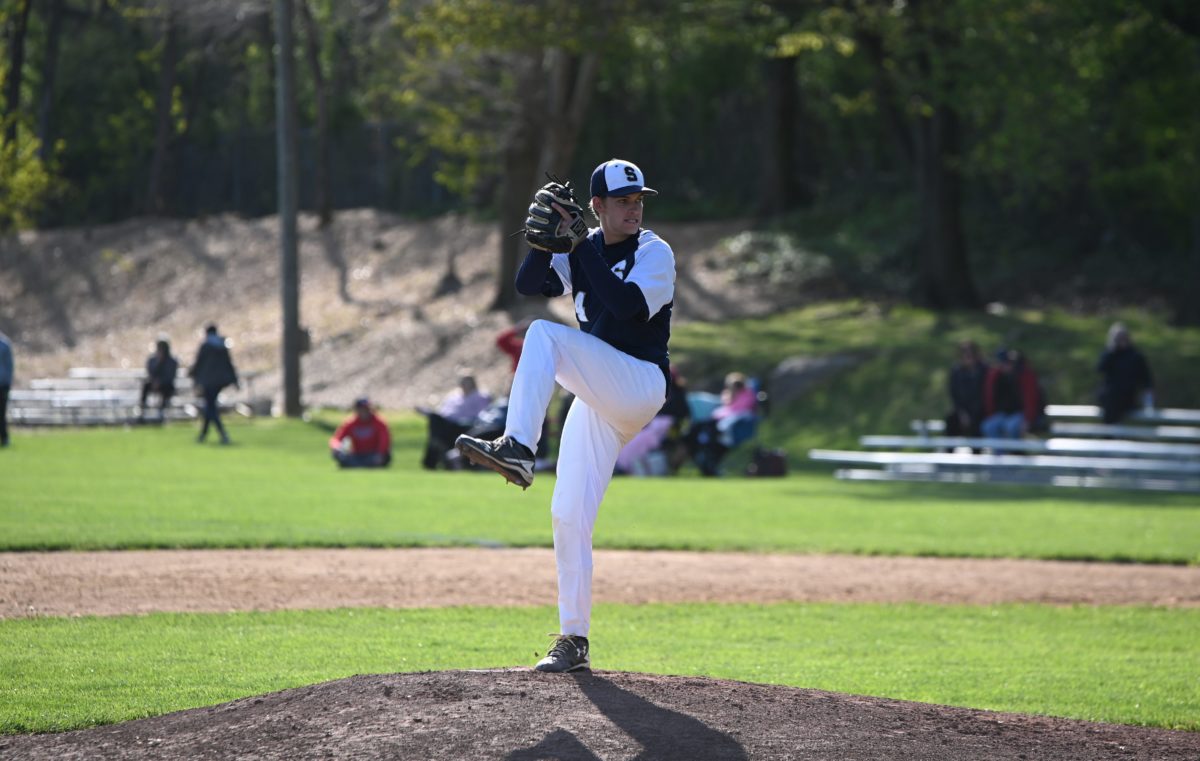 Zach Czarnecki of Salesianum winding up to throw a pitch in the win over Conrad, photo by Nick Halliday

Zach Czarnecki of Salesianum baseball team led the Sals at the plate and on the mound. Czarnecki went all seven innings for Salesianum as he allowed five hits, one run, one walk, while striking out seven Red Wolves batters earning the win.

At the plate Czarnecki went 1-3 scoring a run and knocking in one which was the go ahead and winning run. In the bottom of the sixth inning Czarnecki drove a 1-0 pitch to deep center field driving in Ryan James while he coasted into third base with a triple giving the Sals their first lead of the game 2-1. John Dunion drove in Zach on a sacrifice fly giving the Sals an insurance run and a 3-1 win over Conrad.

Tyler Reinart took the loss for Conrad, but was a force on the mound. He went six innings, allowing two hits and three runs while striking out seven and walking one. For four innings Reinart was pitching a perfect game.

In the Fifth inning the perfect game was lost with a walk to Conor Campbell. Ryan “Deuce” Rzucidlo broke up the no-hitter following the walk, doubling in the gap driving in Campbell that tied the game at 1.

Noah Gonzalez went 2-3 and Tyler Purring went 1-2 and knocked in the lone run for Conrad.