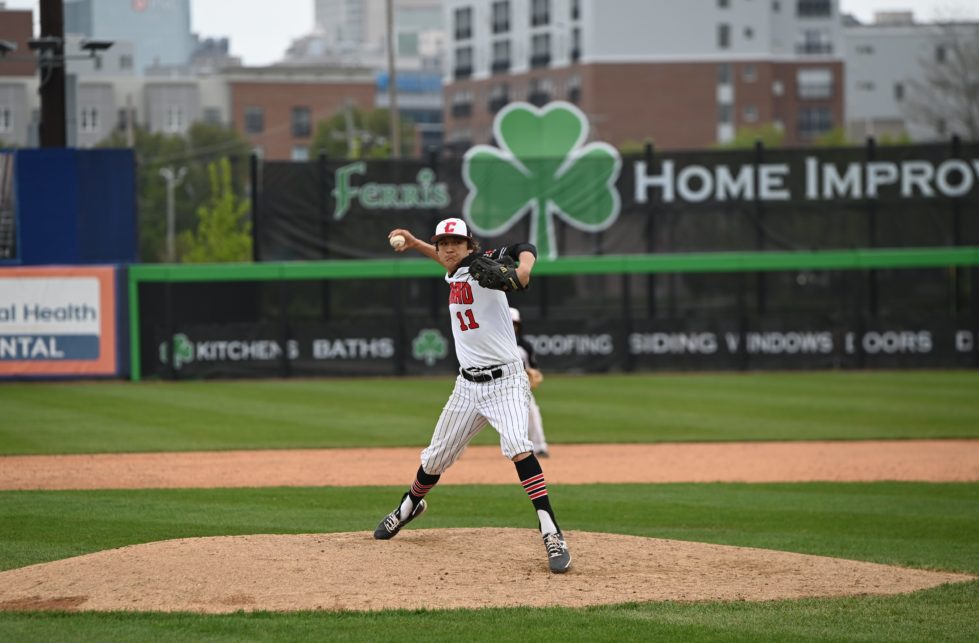 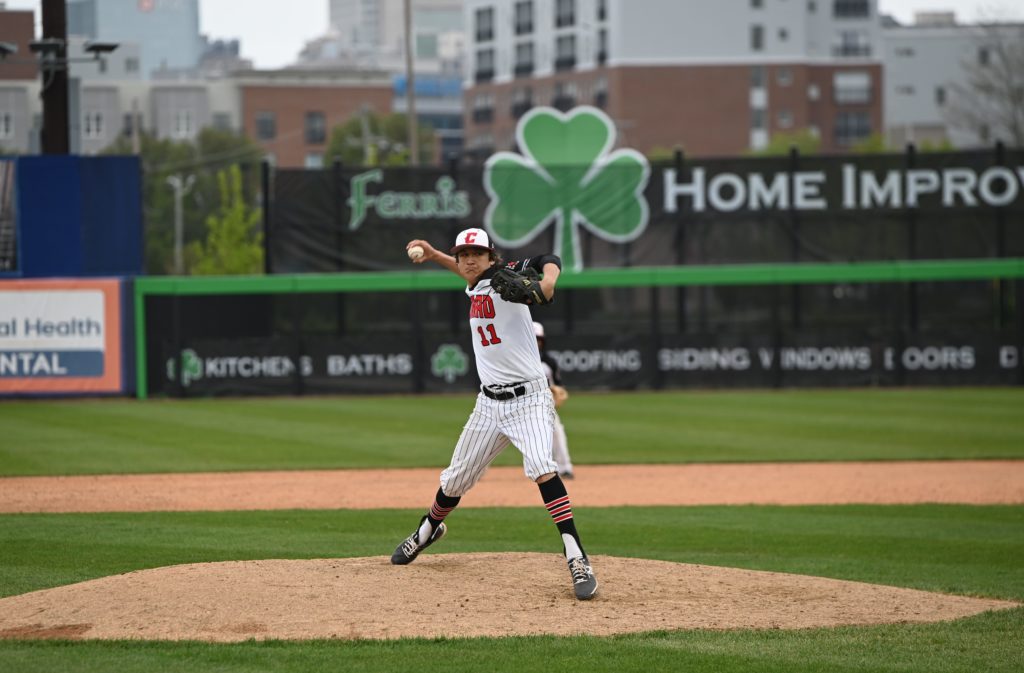 Joseph Malinowski threw a gem on the mound for the Red Wolves tossing a 2 hit complete game shutout, photo by Nick Halliday

The Red wolves offense scored early and often. In the bottom of the first Conrad scored four runs on three hits as they sent all nine batters to the plate. Pat Blanch led the way in the first as he singled in two runs on a line drive to right field.

After a 1-2-3 inning for the Patriots, Conrad added four more run in the bottom of the second. Wesley Mah led the inning off just as he did in the first collecting his second hit. Tyler Purring and Brett Walmsely each doubled in the inning while Nathan Schurga tripled driving in two of the four runs in the inning.

After scoring two more runs in the third inning Conrad gave starting pitcher Joseph Malinowski all the run support he needed. Malinowski threw a gem on the mound for the Red Wolves tossing a 2 hit complete game shutout.

Conrad Red collected nine hits on the day. Wesley Mah and Tyler Purring each had two hits a piece.

Aidan Kucth and Benjamin Bolan each had hits for the Patriots.