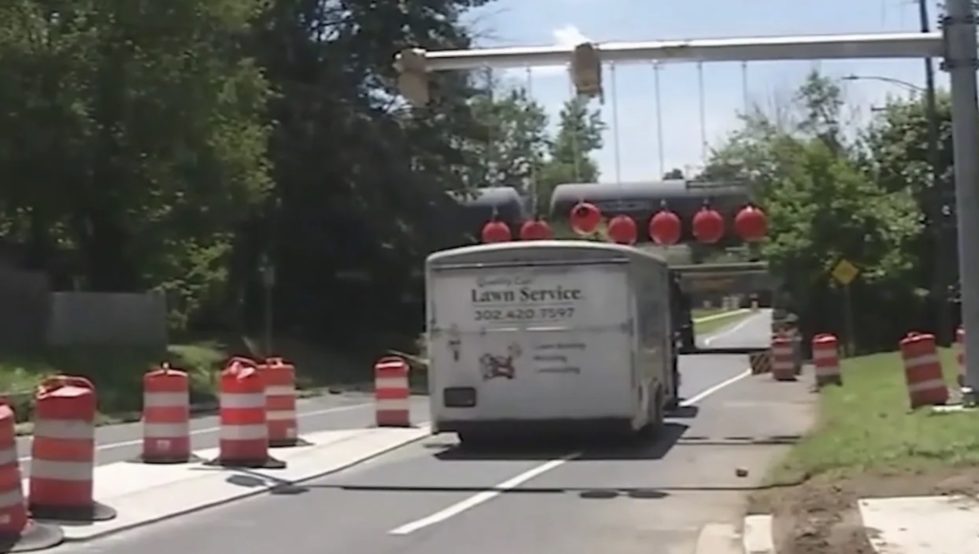 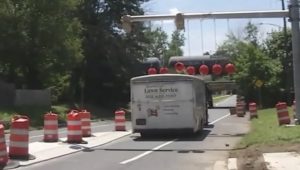 The Casho Mill Road clankers warn drivers of tall vehicle whether they can clear the bridge. Photo from the Casho Mill River and Bay Authority Facebook page

Seven large red balls hanging on chains above Casho Mill Road are the talk of the town in the Newark area.

The balls were recently installed by the Delaware Department of Transportation to reduce the number of too-tall trucks hitting a nearby railroad underpass. Instead, the clank of the balls should warn the driver to turn around.

Anthony Merlino posted a lengthy video on Facebook, with a commentary saying that it “looks like an April Fool’s joke.”

But DelDOT is serious.

“Over the years we’ve added signage. We’ve added sensors. We’ve added flashing lights, striping, lighting, really trying to use all of the tools in our toolbox to try and get people to be aware of their oversize vehicle when approaching this more than century-old bridge,” DelDOT’s C.R. McLeod told NBC10.

“The clanker ball initiative cost about $300,000 to install, which includes the clankers themselves, new signage and lights,” Delaware Public Media reported. It “may expand across the state depending on its success on Casho Mill Road.” 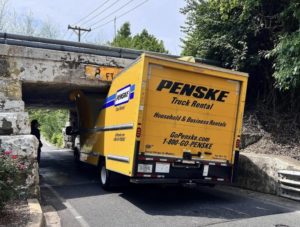 The bridge, with its 8-foot, 7-inch clearance, “is the most-struck bridge in the state,” the Newark Post reported, “with 11 crashes there last year and more than 70 since 2005.”

But most of the posts were heavy on the memes. The authority posted a fake image with an acrobat swinging on the balls. Elle Bornemann compared them to a Newton’s Cradle. Memes with Alec Baldwin, Jean-Luc Picard and Gru also showed up.

And the page also started offering a $24.99 T-shirt saying “Casho Mill clankers: We have the balls to stop you hauls!” More than two dozen so far have been sold.

The bridge is at the southern end of Casho Mill, just north of the intersection with Thorn Lane and Munro Road.