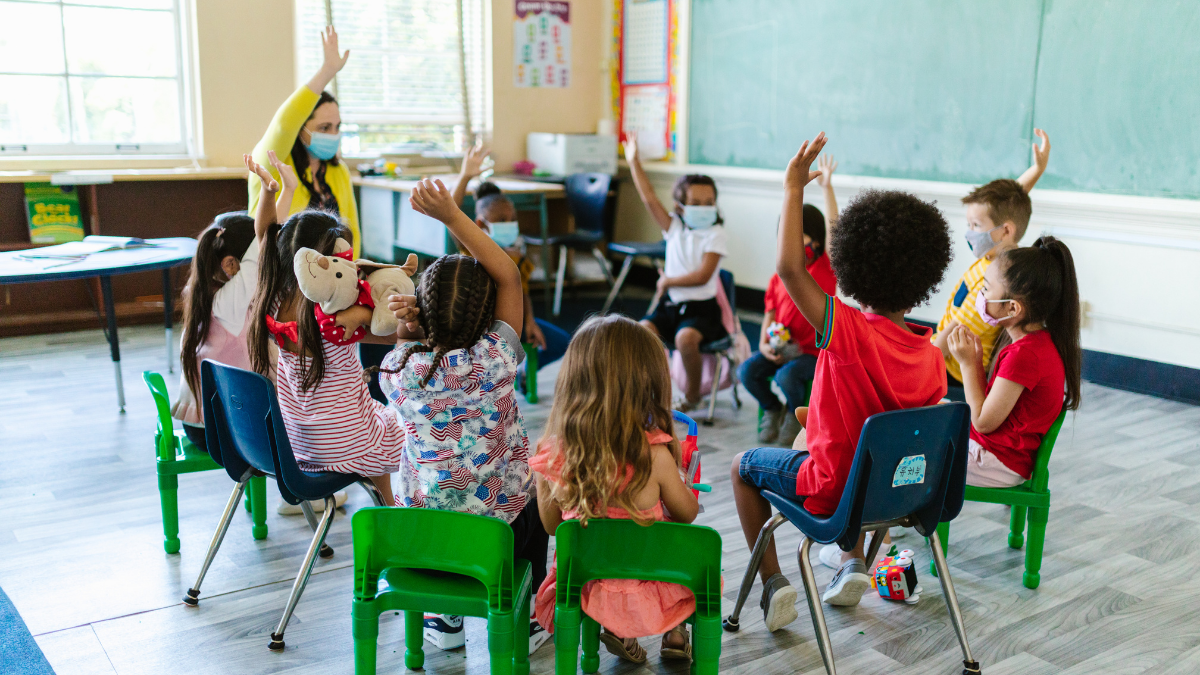 Three months after Delaware’s child care workers were promised direct financial relief in the form of $1,500 individual payments, they haven’t received a cent.

Those workers may not receive any money until as late as June because the state is constructing a new registry to track who’s working in child care centers throughout the state. That registry will also be used to distribute the payments.

Jamie Schneider, president of the Delaware Association for the Education of Young Children said it’s “absolutely unacceptable to continue to hold funds that are desperately needed by those who have worked in child care throughout the pandemic.”

She thinks the state should have turned to community organizations like hers to help create the registry and distribute funds.

“We also know it’s important that Delaware establishes a registry of child care workers, which is a best practice we currently do not follow and that most other states have,” Starkey said. “As they register, DOE will be using ARPA child care stabilization funds to provide an up to $1,500 retention bonus to child care professionals.”

Carney did not indicate when he thinks the registry will be complete and payments will be able to be made.

Attempts to reach the Department of Education for comment were unsuccessful.

Jamie Schneider, president of the Delaware Association for the Education of Young Children, was one member of a small delegation of advocates who helped the governor in October decide how best to allocate federal COVID relief funds designated for the child care industry.

Schneider is also the owner of the Educational Enrichment Center, a child care center in Wilmington that’s licensed to care for 135 children from infancy through pre-kindergarten age.

“Our big negotiation was that many other states were doing direct workforce payments,” Schneider said in an interview with Delaware/Town Square LIVE News. “Unfortunately, while money was going to providers, there really wasn’t a way for the state to mandate that it go to the teachers.”

Schneider explained that because American Rescue Plan funds can only go toward capital projects, stakeholders had to figure out a way to get workers needed relief while also being consistent with federal regulations.

The answer came in the form of the Child Care Development Block Grant, a federal pot of money designed to benefit the child care industry that existed long before COVID. States are given a share of the grant each year and, within certain guidelines, are able to decide how to allocate the funds.

In 2021, the block grant was supplemented with funds from the American Rescue Plan Act. Delaware’s share of those funds was $110 million, and those dollars could be used for things other than capital projects — things like direct workforce payments.

Schneider said that after the money was allocated in October, she asked when the payments would be able to be made. She was hoping the money could go out before the end of 2021.

“We compromised,” she said. “There’s a registry being built that all the teachers in Delaware are going to have to sign up for. The direct payment would incentivize people to sign up faster because literally once you sign up, the state would be able to pay you.”

The registry would be an important tool for the industry and if it meant it would help allocate the money too, she was willing to wait. She was given February as an approximate timeline for the rollout of the new registry.

“Fast forward to January and we’re having conversations and they’re like, ‘oh, we can’t disseminate that $10.6 million until June,’” she said. “That’s problematic in many ways. First, that’s not what we negotiated, but more importantly, people are leaving child care — the workforce is leaving in mass exodus right now and we need ways to incentivize them to stay now, not in June.”

Schneider thinks that by June the industry will be past the point of no return. The number one problem child care providers are facing, she said, is workforce recruitment and retention.

“Right now there are better job opportunities that are less skilled, less stress and better pay than you’re going to see in child care, and people are taking those opportunities,” Schneider said. “And this funding would have definitely been — and would still be — useful in incentivizing people to stay in the industry.”

Schneider acknowledged that the Department of Education and the Department of Health and Social Services, the agencies she said are responsible for developing the registry and distributing the funds, are facing many of the same staffing issues as everyone else. They’ve pointed to staffing issues in the past to explain some of the delays, she said.

“It’s just hard to hear that as an excuse when it’s child care that is keeping every other industry open,” she said. “Hearing things being blamed on staff shortages, it’s like, well, we’re complaining about the same things but we have to keep with the same requirements, expectations and regulations the whole time.”

Schneider said she feels like her industry — the one that carried the state through the pandemic in many ways and has been essential to the economy’s reopening — is not being treated like the essential business it once was. Instead, they’ve been “put on the backburner.”

The Delaware Association for the Education of Young Children — the group Schneider leads — has offered to partner with the state to help disseminate the funds faster. Schneider said they already have the contacts and the resources to help develop the registry, or at least connect the state with the individual providers and their employees.

She even said her group would do it for cost, not like other contractors who would charge the state an arm and a leg for the same work.

“We have a fully functioning system that could do it,” Schneider said. “We ran a similar program for six years in Delaware. And if it’s not us, at this point, we really don’t care who the state chooses — we just need this money to get into our workforce’s bank accounts.”

Her organization ran a financial compensation incentive program for people in the child care industry. If workers met certain educational and qualifying standards they would receive a bonus twice a year.

“Honestly, it’s just an ACH transaction,” Schneider said. “I mean, it’s amazingly crazy to me how simple it truly is. You know, there’s some input and database work, but we would be happy to share all of that information with the Department of Education when their registry is up and running. That would give them a jump start of a couple of thousand names.”

More fundamentally, Schneider said she thinks a lot of people underestimate how impactful $1,500 will be for workers in the industry.

“$1,500 when you’re making $11 an hour is huge,” she said. “I mean, that’s the difference between keeping on the lights and being able to send your kids to camp for the summer. It may not seem like a lot to many, but we have a very high number of single moms that are in the field and $1,500 would be life-changing for many of them.”

Beach Babies Child Care operates three centers in Lewes, Rehoboth and Townsend. The company employs around 90 staff members and serves 250 to 350 families at any given time.

Toner is also the treasurer of the Delaware Association for the Education of Young Children.

He said his centers struggle to provide affordable child care while also competing against other companies — and the state education system — in terms of compensation.

He was thrilled when Carney announced the $10.6 million investment in direct relief for workers. He saw it as an opportunity for his employees to breathe a sigh of relief after years of putting up with difficult conditions because of COVID and pre-existing industry-related challenges.

Without those payments, child care workers will likely have to work longer hours and pick up second jobs — if they don’t already have them — in order to make ends meet.

He thinks the state should make getting the payments out a bigger priority.

His industry is fundamental to the success of the economy, he said, noting that thousands of Delaware parents would not be able to go to work without access to affordable child care.

Toner is also concerned that June could come and go and the state could delay payments even further, something he said would be crippling for the industry.

“I have seen how the state, and not just our state but states in general, have operated when it comes to putting things together,” he said. “I do have a fear that it’s going to continue to be pushed back and it’s only going to continue to hurt child care throughout the State of Delaware.”