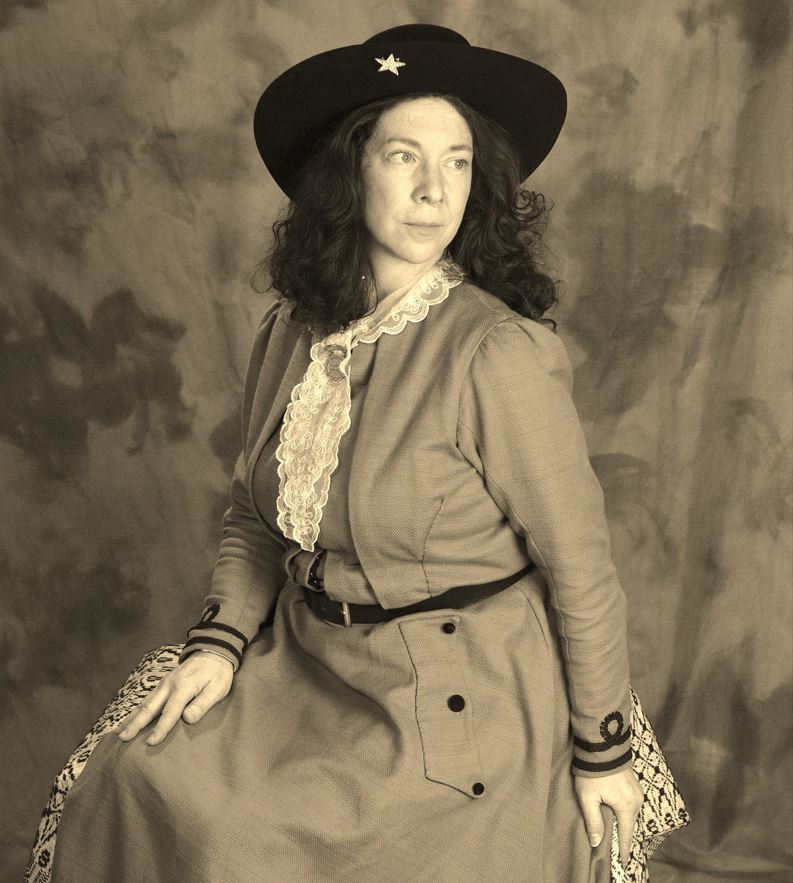 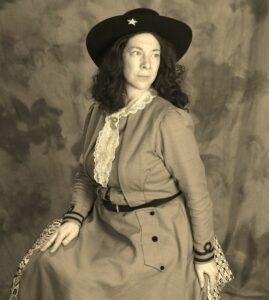 Sharpshooter Annie Oakley is headed to Historic New Castle as part of Delaware’s annual Chautauqua tent show, which for the first time will offer a full slate of live performances upstate in addition to the traditional Lewes site.

But don’t expect Annie to shoot up either place.

“Oh, no,” says Kim Hanley of the American Historical Theatre in Philadelphia. “We talk about some of her trick shots.”

Oakley not only appeared in Wild West Shows, but wanted to educate women about firearms, Hanley said.

“In particular, she wanted women to be able to handle firearms, to not be afraid of them,” Hanley said, “for their self defense, home defense and homeland defense, but also just for the joy of it. She got a lot of joy out of hunting.”

A mix of education and entertainment, the Chautauqua tent show is free and features a noon-to-early evening series of performances and lectures each day.

With a theme this year of “That’s Entertainment,” it will include actors portraying Annie Oakley, Buffalo Bill and Icabod Crane; Linda Harris and David B. Cole singing songs of the Underground Railroad; an all-women string orchestra; lectures about Rosedale, a Delaware beach for Black families; the Happy Day Club, a Black social club;  radio’s “Amos and Andy Show;” the history of comics; and Jimi Hendrix.

Some themes work. Some don’t. Shows focused on World War I and the War of 1812 bombed, but shows organized around the Civil War and World War II drew big audiences.

Warner believes the World War II event was popular because so many people could relate to World War II having been alive then, or having grandparents or great-grandparents who served in the war. 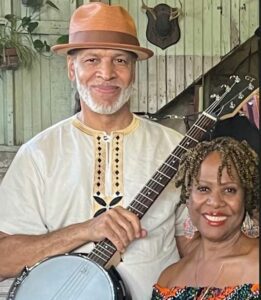 Linda Harris and David B. Cole will perform songs of the Underground Railroad in the Chautauqua tent show in Lewes.

Chautauqua tent shows began in the late 1800s at Lake Chautauqua in upstate New York, providing lectures and entertainment for adults. They were so popular, traveling shows — including one on a boat — crisscrossed the country offering the same kind of program.

Delaware’s shows have been running for 24 years, originally sponsored by Delaware Humanities and taken over in 2008 by the Delaware Division of Historical and Cultural Affairs.

Cultural affairs had planned to expand upstate in 2020, but the COVID-19 pandemic intervened. Last year’s shows were largely online.

This year’s will be under tents.

The Lewis show will take place Thursday, Sept. 8,  and Friday, Sept. 9, at Zwaanendael Park next to the Zwaanendael Museum at 102 Kings Highway. The Historic New Castle shows will run Saturday, Sept. 10, and Sunday, Sept. 11, on the Green behind the New Castle Court House Museum at 211 Delaware St.

Hanley began portraying Annie Oakley after the National Archives called looking for someone to play her in a program that showcased Oakley’s letter to President William McKinley at the onset of the Spanish American War offering to raise a regiment of “lady sharpshooters” who would be happy to participate in the national defense.

He wrote back, politely declining the offer.

She would make the same offer to President Woodrow Wilson when the U.S. joined World War II. Hanley talks about both in the show.

Don’t expect to see the Annie Oakley from the movie, “Annie, Get Your Gun.” The character in that movie bore no resemblance to the real woman, Hanley said.

Oakley was a real lady who believes in equal pay not only for women doing the same job as men, but minorities including the native Americans, Mexicans and Islamic riders in the Wild West Shows.

“It really was a congress of world riding,” Hanley said.