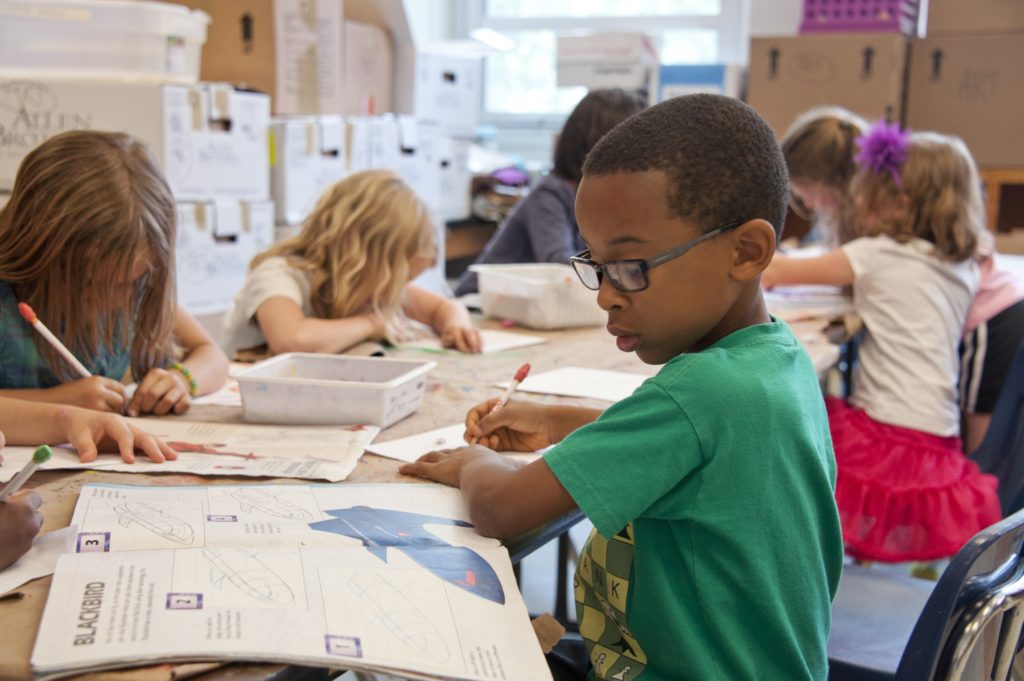 A bill that would prohibit the state from creating or expanding charter schools for a year in New Castle County is headed to the House floor.

After a contentious hearing, a bill that would put a moratorium on both the creation and expansion of charter schools in New Castle County was released by the House Education Committee Wednesday.

In a nearly three-hour hearing loaded with public comment, the arguments for and against the New Castle County charter moratorium were consistent.

So many people wanted to comment that Rep. Kimberly Williams, D-Newark, asked anyone who routinely commented on legislation to allow others who didn’t to speak first because of time constraints.

Rep. Madinah Wilson-Anton, D-Bear, sponsor of the bill, is also a graduate of Wilmington Charter School. She said the bill is in no way “anti-charter.”

Wilson-Anton said the 27-year-old charter school law leaves questions for many residents about their impact and the equity of our state’s education system.

The opposition declared the bill an infringement on families’ right to school choice and said it was unnecessary. They also said the legislation was bypassing the real issues that need to be addressed through reforming the state school system, not by limiting options.

Daisy Morales, a parent of a child at Las Americas Aspira Academy, said the bill harms the community by not allowing for excellent school options.

“The bill takes away educational choice and keeps children trapped in failing schools,” she said.

Those in favor of the bill said that a brief pause on charters is necessary while the state strives to make schools across Wilmington more equitable through such things as the Wilmington Learning Collaborative and recent funding for additional help for younger and disadvantaged students.

Not a single comment from members of the public or educators supported the bill. All of that came from legislators.

“When you listen to the public comment and questions presented, I just don’t get how you vote to release a bill that has so many concerns on it,” said Rep. Ruth Briggs King, R-Georgetown, after the hearing.

While acknowledging the great successes that many of Delaware charter schools have, Wilson-Anton said that there are several charter schools whose doors have closed just years after opening.

“Hundreds of students at a time are left scrambling to find a new school, sometimes in the middle of the school year,” she said.

Rep. Mike Smith, R-Pike Creek, questioned why the bill only applies to New Castle County and suggested that Wilson-Anton amend it to include Kent and Sussex counties, as well.

Winston-Anton said she was open to this change.

HB 353 would also create a New Castle County Charter School Reform Advisory Group that will review the process and criteria for granting new charter schools and modifications to charters.

The 14-member board would include one member from each of the House and Senate education committees, a representative each from Appoquinimink, Brandywine, Christina, Colonial, Red Clay and New Castle County Vo-Techs, two New Castle County charter school leaders, one member from the state Charter School office, two members of the state Board of Education and the secretary of education.

The advisory group would recommend process improvements and new criteria that will improve equity and better integrate charter schools into the public school system in New Castle County.

One parent of two Newark Charter students criticized the board makeup, saying there needs to be equal representation in the advisory group. He wanted more than two charter school representatives.

Wilson-Anton called for the House to take a holistic look at the process used to grant charter applications and modifications in New Castle County.

“Implementing the moratorium will give the New Castle County Charter School Reform Advisory Group the opportunity to review the process for new charters and modifications, provide a report and allow the General Assembly to make improvements in the existing system,” she said.

The bill will have no effect on existing charter schools.

Smith said he doesn’t believe the establishment of the advisory group is necessary legislation because the Redding Consortium already addresses the questions that the proposed advisory group would aim to answer in their report.

Winston-Anton agreed to possibly remove the advisory group from the bill in a future amendment.

Several parents shared concern that the bill would take away their parental choice to send their child to a school that they think he/she will have the most success at.

Rep. Richard Collins, R-Millsboro, said the answer is not taking away charter schools, but creating more to give as many children the chance to succeed.

“Why would a parent want to send their child to a failing public school when they could thrive at a charter,” he asked.

HB 353 will now move to the House floor.