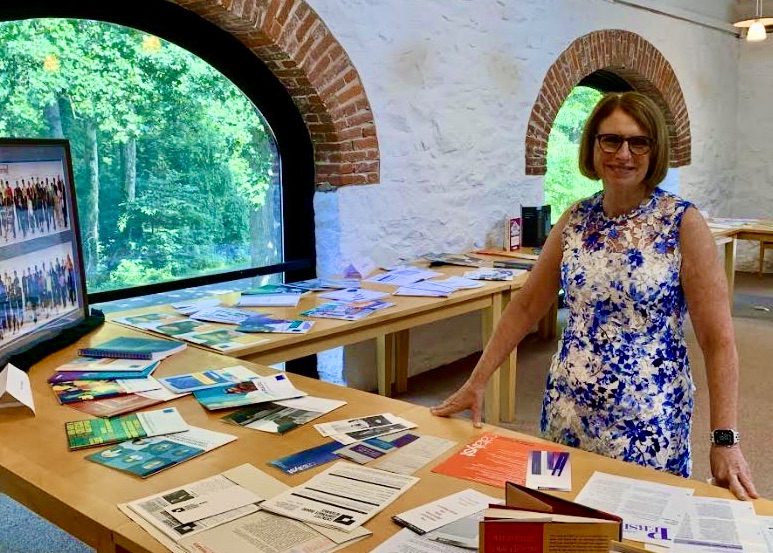 Lorraine Hariton, CEO of Catalyst, stands with a sample of its archives, which are now being stored at Hagley Library.

Catalyst, a nonprofit focused on helping women work outside the home, on Tuesday celebrated adding its archives to Hagley Museum and Library’s collection of business records.

The organization, which also is celebrating its 60th anniversary, started as a way to encourage educated women to go to work at a time when businesses were dominated by men.

It evolved to encompass all women and work on helping corporations change workplaces to make them more attractive for women who wanted to work and have a family. Catalyst was an early champion of job sharing, for example.

Hagley will store and preserve Catalyst’s archives, which archivists say is the only collection of its kind that shows the evolution of women in business and the workplace.

It came in 350 boxes that are still being archived, but should be open to researchers in a few months.

Looking at business through the eyes of women is an area Hagley hopes to be able to continue to strengthen.

The library already is known for having a major collection of manuscripts, archives, photographs and books from many companies, including DuPont, that document American business and technology.

Catalyst was established by Felice N. Schwartz in 1962.

The nonprofit’s debut tracks along with the rise of the feminist movement in the late 1960s and early 1970s, but rather than burning bras, Catalyst wanted to encourage women to have the satisfaction of a career and a paycheck of their own while balancing that with family.

“The focus on the role of women in business is squarely where we are,” said CEO Lorraine Hariton. “Our vision and mission has evolved over time, but it’s always been about women being successful in business.”

Somewhere in the 90s, Catalyst realized that corporations needed to change their workplaces in order to attract and keep more women and shifted focus to that. It champions diversity and embraces changes, such as working virtually, which it started doing 20 years ago.

The company is based in New York but is global. It works with hundreds of companies and has revenues of $25 to $30 million annually.

Catalyst bused dozens of workers to Hagley Tuesday to attend a preview of the archives as part of its 60th anniversary.

Sixty years from now, Hariton told the crowd, Catalyst will still be trying to help women in the workplace. 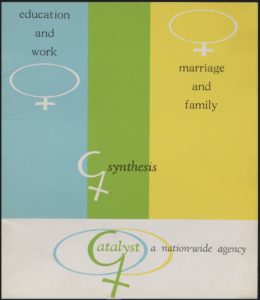 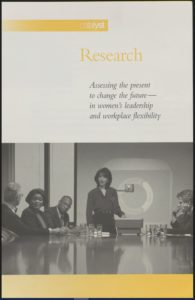 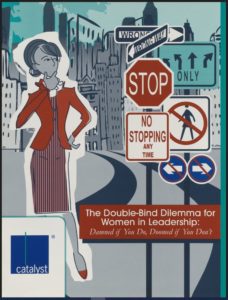 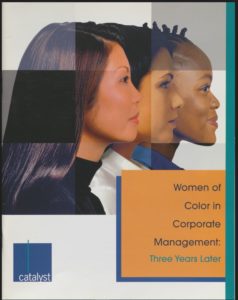 Also speaking Tuesday was Dr. Anne Boylan, professor emerita of history and women and gender studies at the University of Delaware.

She fascinated the crowd with stories about how women came to the workplace, starting with a study group created in December 1961 by President John F. Kennedy.

The Presidential Commission on the Status of Women was housed in the cabinet-level Department of Labor and led by former First Lady Eleanor Roosevelt. Those on the committee included five cabinet secretaries, congressmen and leaders of important major corporations.

“In other words, this was not just window dressing. This was a consequential group,” she said. “It wasn’t just designed to sort of placate Kennedy’s women supporters.” 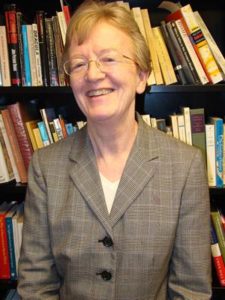 When the commission delivered its landmark 300-page report to Kennedy in October 1963, it offered a blunt assessment of women’s status in early 1960s America in everything from job opportunities, marriage and family life, to law, education, tax code and political status.

It said American women were systemically disadvantaged and treated as second class citizens in the economy and the family. It also said Black women and women of color generally suffered worse from  economic and discriminatory structures in every facet of their lives.

Boylan pointed out that both Schwartz and Betty Friedan went to Smith College in the 40s. Neither was allowed into Ivy League schools, who accepted only men.

Schwartz founded Catalyst a year before Friedan’s “The Feminine Mystique” was published in 1963. The book was a reworked collection of essays that Friedan had written for magazines.

It’s possible, Boylan said, that Schwartz had read those articles.

The Catalyst archive promises to open a variety of new lines of research, Boylan told the crowd that filled the second floor of Hagley’s Soda House.

“It’s also likely to propel forward interpretive projects that historians have had in development for the past 25 years or so,” she said. “That project involves challenging outdated notions about women’s historical experiences during the 1950s and 1960s, especially experiences in the economy.”

The event ended with a preview of the archives’ content and a champagne toast celebrating Catalyst’s 60th anniversary.