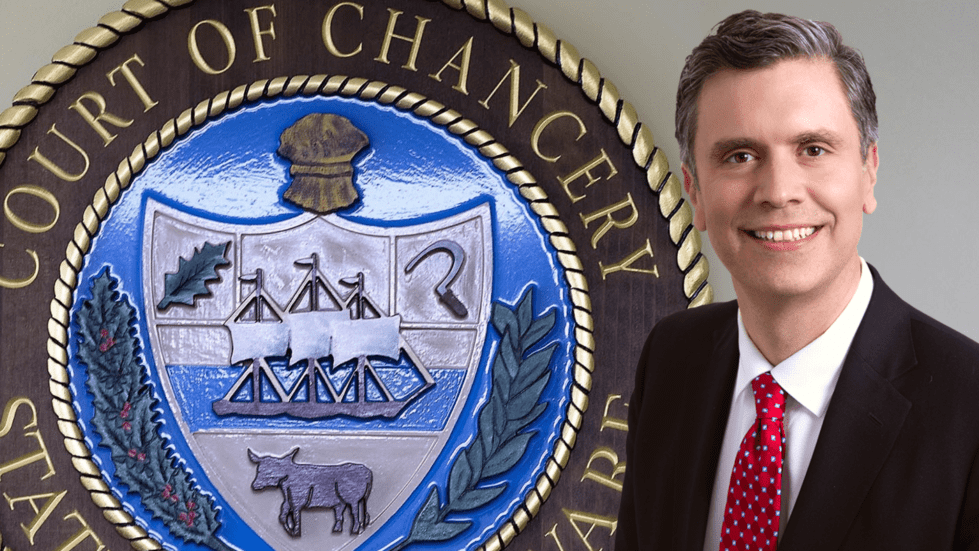 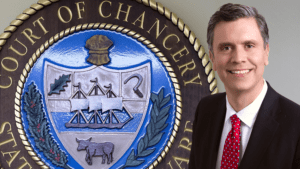 Gov. John Carney has nominated Nathan A. Cook to fill a vacancy on the Delaware Chancery Court.

Gov. John Carney on Friday nominated Wilmington lawyer Nathan A. Cook to serve on the Delaware Court of Chancery.

He also nominated Kelly Hicks Sheridan to serve as a commissioner for the Family Court in New Castle County.

Efforts were unsuccessful to immediately reach Cook for comment.

“I want to thank these two qualified nominees for their willingness to serve the people of the State of Delaware,” Carney said in a press release. “I’m confident that each has the experience and judgment necessary to serve as part of Delaware’s world-class judiciary.”

The Delaware Senate must confirm their nominations.

The nomination drew quick condemnation from Citizens for Judicial Fairness, the new name for Citizens for a Pro-Business Delaware. That nonprofit started in protest of a Chancery Court case, but has branched out to include judicial fairness and transparency in courts across the country.

It has been lobbying for a Black judge to replace Slights. The last Black judge on the court was Delaware Supreme Court Justice Tamika R. Montgomery-Reeves, who was elevated to that court in 2019.

“This a spineless decision from Gov. Carney,” said Citizens for Judicial Fairness Campaign Manager Chris Coffey in a press release. “He should be ashamed – we will fight this with grassroots and paid media and we won’t stop.”

Civil rights activist the Rev. Al Sharpton recently headed a rally in Dover to mark the organization’s name change and to lobby for more judges and judicial officials of color.

“Gov. Carney has ignored the pleas of his constituents and betrayed his own professed commitment to diversity and equity with this decision,” Sharpton said in the press release. “The all-white chancery should not remain all white in the year 2022 in a state with nearly 40% people of color.

Delaware will never achieve trust in its justice system until judges look like the people they represent, Sharpton said.

“This is a massive step backwards and a slap in the face to myself and every Delawarean and local minister who have joined me to rally in the streets for more fair and equitable courts – but we will not be silenced,” he said.

Sharpton asked the Delaware Senate to hear from him and others, such as police reform and racial justice activist Keandra Ray, whose brother Jeremy Dole was shot and killed by Wilmington Police.

“This decision tells Black children – my children – that they don’t belong in positions of power,” Ray said in the press release. “It’s disgusting that in 2022 we’re still fighting for bare scraps of justice in this state. We won’t stand for this. We need to take down Governor Carney and the machine of white privilege that keeps him and men like him in power once and for all.”

Cook has been litigating cases before the Court of Chancery for 16 years, according to the press release.

The Court of Chancery is considered a preeminent forum to decide disputes involving the internal affairs of corporations and other business entities, with a unique competence in business law. At least one of the parties in any case before the court must be registered in the state of Delaware.

During the time Cook litigated before the court, he worked at Abrams and Laster and then Grant & Eisenhofer before coming to Block & Leviton.

According to his law firm biography, he handles complex Delaware corporate law matters, including fiduciary duties, appraisal, hostile takeovers, and inspection of corporate books and records. He has obtained recoveries of hundreds of millions of dollars, the bio said.

Cook received his undergraduate degree and his law degree from the University of Virginia. He clerked for Vice Chancellor John Noble on the Court of Chancery.

He devotes a portion of his time to pro bono work for the Delaware Office of the Child Advocate and Delaware Volunteer Legal Services protection from abuse program, the press release said.

Sheridan now serves as the assistant unit head for the Juvenile Delinquency and Truancy Unit in the Delaware Department of Justice.

She has worked at the DOJ for eight years, joining after clerking for the Family Court under Chief Judge Chandlee Johnson Kuhn.

Sheridan has focused entirely on issues that come before the Family Court.

She is a graduate of Kutztown University undergraduate and Widener Law School.