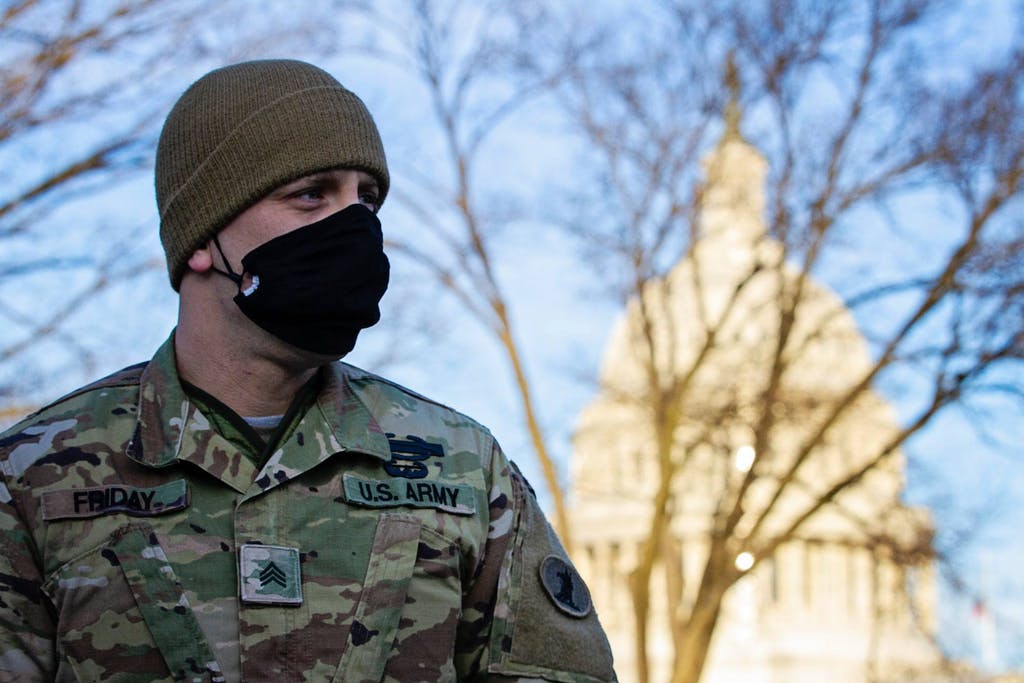 As the state monitors reports of anti-Joe Biden protests in Wilmington and Dover on Jan. 20,  Gov. John Carney announced Friday that he’s activated the Delaware National Guard to help deal with any inauguration-related activities.

Carney’s National Guard move follows a Jan. 6 storming of the U.S. Capitol by Trump loyalists as the U.S. Senate and House were affirming the votes of the Electoral College. Six people died as a result, and Capitol property was damaged and defaced.

The incident led to a second impeachment of President Donald Trump, who encouraged his supporters to march on the Capitol. In response, protests are said to have been planned in all 50 states when Biden takes the oath of office.

According to Carney’s Executive Order No. 27, the Guard may take a proactive or responsive action at the direction of  A.J. Schall Jr., the director of the Delaware Emergency Management Agency,   in consultation with Nathaniel McQueen Jr.,  secretary of the Delaware Department of Safety and Homeland Security.

The Guard will be activated from Jan. 15 through Jan. 21.

Carney last week sent some National Guard troops to D.C. to help  there.

“Members of the Delaware National Guard have continued to step up – time and time again – to support their communities when that support is needed most. This time is no different,”  Carney said in a press release. “I want to thank all of our Delaware guardsmen and guardswomen for their selfless service to our state and country.”