Poore was among 21 Delaware high school wrestlers, including two female wrestlers, that competed in  Virginia Beach to compete at the 2021 NHSCA High School Nationals. Nine wrestlers earned All-American honors by finishing in the top eight of their respective bracket.

Poore won a 1-0 decision over Joel Brown from McDonough School in Maryland to capture the 120 pound sophomore division national title. Poore scored on an escape late in the third period to take lead with the only point scored in the match then held off Brown to win the 120 pound title.

“I wasn’t able to picture any other result but me being at the top of the podium so I was just mentally prepared the whole time,” Poore said. 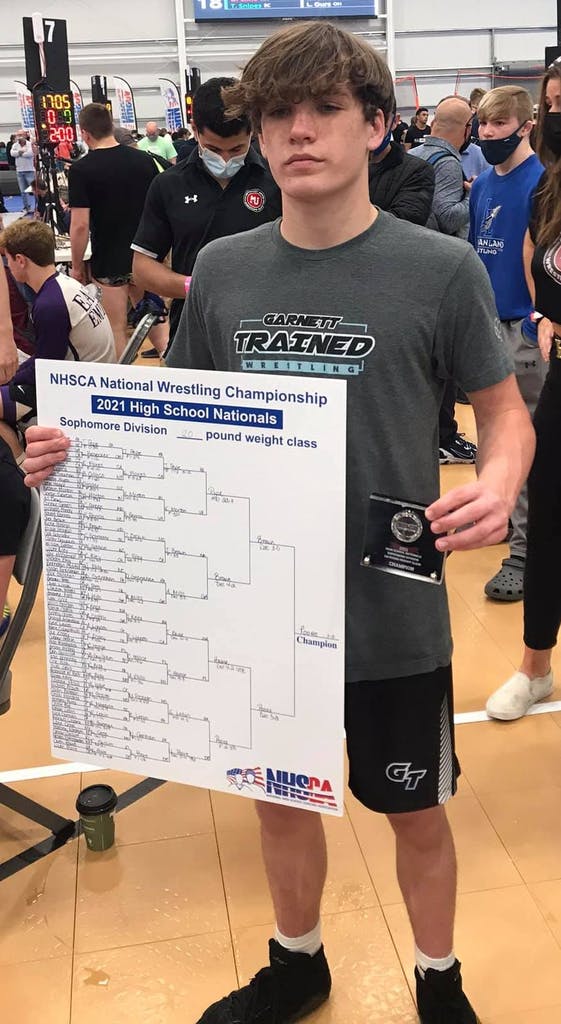 “Well I just knew I couldn’t take anybody light so my goal was just to go out there and score as many points as I could and just try to put everybody away as quickly as I could,” Poore said.

On the second day of competition Poore won both of his matches to send him to the finals on Sunday. He won a 3-2 decision over Cooper Haase of Florida in the semi-final, but his most exciting match of the tournament came in the quarterfinals and with a strange ending when he pinned Ethan Lebin of Pennsylvania in 2:38.

Midway through the second period Poore was on bottom and looking to escape when he was able to catch Haase’s leg then reach back causing Haase to sit and lean to his back while still in control of Poore. A few seconds later the referee called the rare defensive pin thus advancing Poore in the bracket.

“It was a hard match all the way through in the first period. I chose bottom and I knee slid up to my feet off his chop and he slipped underneath of me and I was able to catch the leg and I just maintained good position and was able to trap his arm and leg and he was just flat from there ,” Poore said.

Poore said he will continue to train over the off season and has already been back on the mat since winning the national title although he doesn’t currently have any national tournament scaled out he expects there will be one in the near future.

“I am still hungry and am just going to prepare myself so that whenever the next tournament comes up I am able to just enter and do my thing,” Poore said.

Max Agresti (Salesianum) was the only other Delaware wrestler to make the finals where he lost a 9-2 decision to Camden McDaniel of Ohio in the sophomore 182 pound class. Agresti went 4-1 in the tournament with three pins while earning All-American. 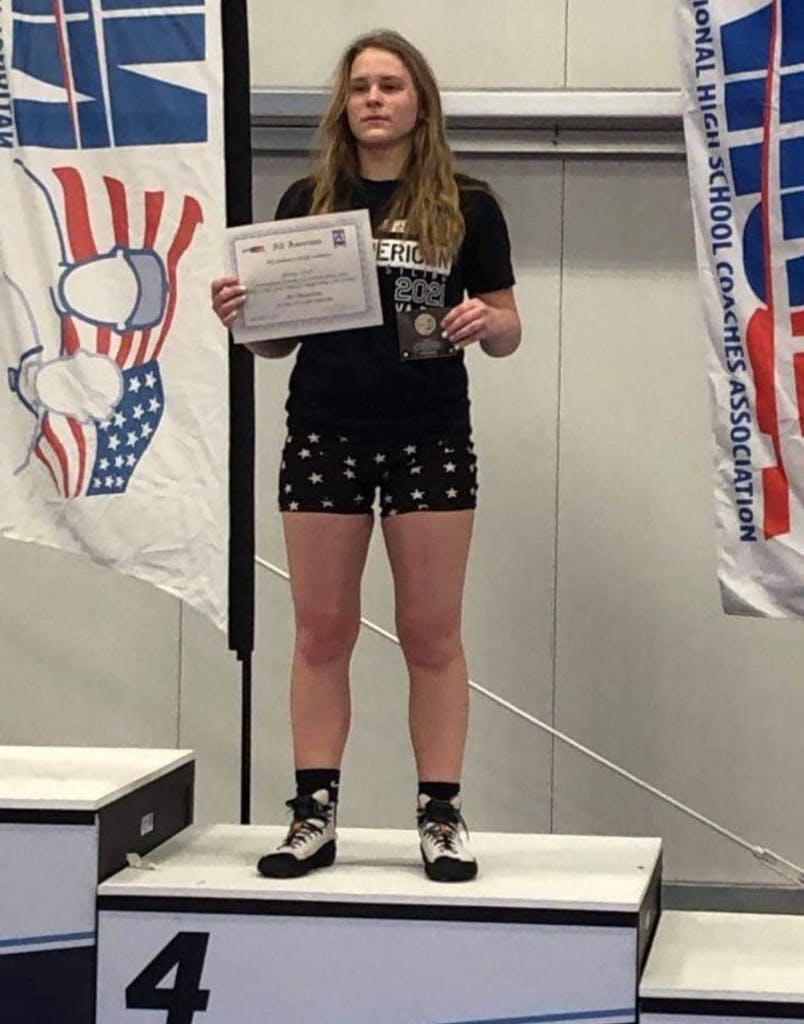 Brooklyn Grant of Milford High School was the lone Delaware wrestler to earn All-American in the NHSCA Girls Division. Grant took fourth place at 128 pounds where she wrestled to a 3-2 record including a pair of pins.