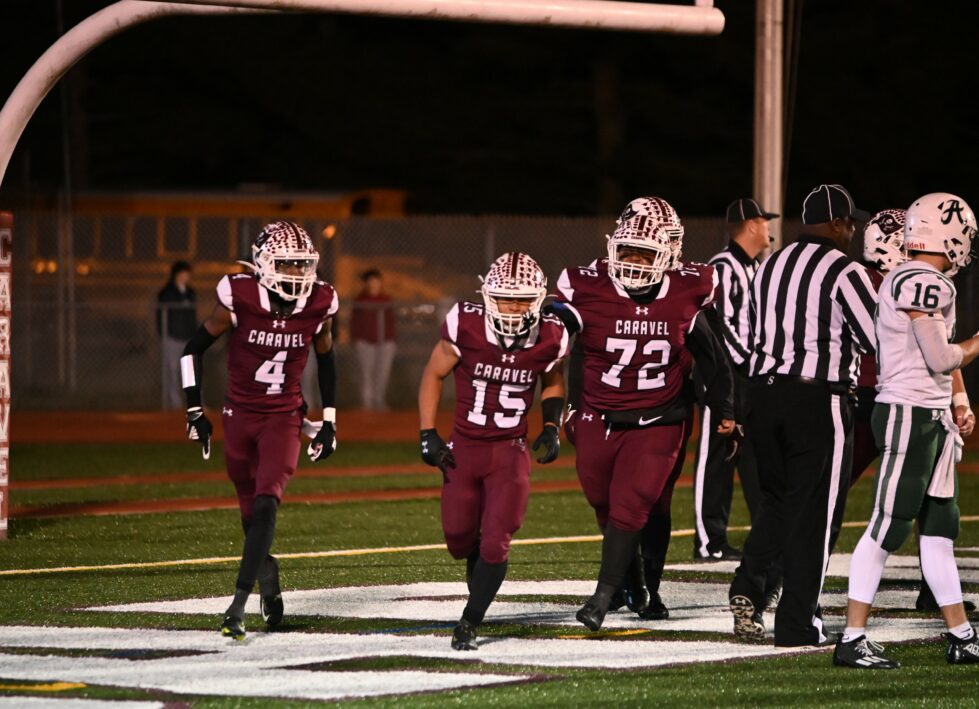 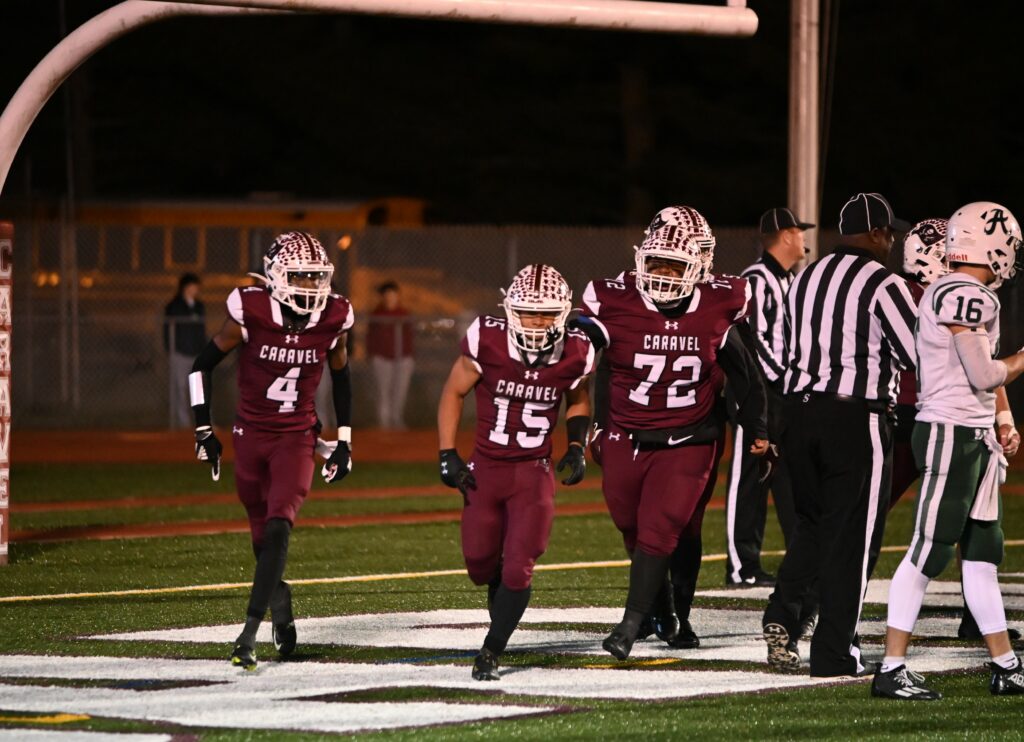 Caravel head coach John Reed and his Buccaneers are headed to the state championship game as the undefeated, top-seed in the DIAA class 2A. There are those who questioned the “toughness” of Caravel’s schedule as a few teams in District 3 had subpar seasons. After Friday night’s performance against defending champ Archmere, those questions have been laid to rest.

The Bucs broke open a close halftime game with a suffocating defense and a stout running attack powered by the “O” line in a 30-6 victory witnessed by a near-capacity crowd at Bob Peoples Stadium. Junior running back Jordan Miller led the way with 207 yards on 29 carries and two touchdowns. Quarterback Truman Auwerda completed 7 of 13 passes for 101 yards, including a pass to J-T Wingo in the “flat” for a 68 yard score near the end of the 3rd quarter. That extended the lead to 21-6. Caravel sealed the win with a safety and a “pick six” by Christian DeRegis in the final quarter.

DeRegis was named our “Player-of-the-Game” for his 3 interceptions, giving him 8 for the year. Teammate Trey Hamlin also had an interception as the Bucs defense blanked Archmere after giving up a 1st quarter touchdown.

Senior quarterback Chris Albero was “hassled” all night by the Caravel pressure, but yet still managed to pass for 207 yards and a touchdown when he connected with Gavin Lee from six yards out to give the Auks a 1st quarter lead. The Buccaneers found the endzone with :17 seconds left in the half on a 2-yard run by Jordan Miller. Logan Keld booted the extra point and the two teams headed to the locker room with Caravel leading 7-6. The close first half game was supported by the total yards gained stat as the Bucs had 159 yards to 158 for the Auks.

The second half belonged to the “ball control” ability of Caravel as Chase Armstrong, Alex Hall, Owen Robinson, Zavion Tuck and Priest Jones opened the way for Miller to gain valuable yardage. That 3rd quarter was pivotal in the Bucs win. Archmere managed just 18 “net” rushing yards in the 2nd half, forcing Albero to the passing game. Playing from behind, that allowed Caravel to flush him from the pocket and throw on the run. Three of Albero’s interceptions came in the second half as he was continually under duress.

The defending state champions from Archmere finished the season at 9-3 overall for coach John Bellace, while the Buccaneers await the winner of the St. Mark’s vs Wilmington Friends game for the Class 2A final next Saturday night at Delaware Stadium.