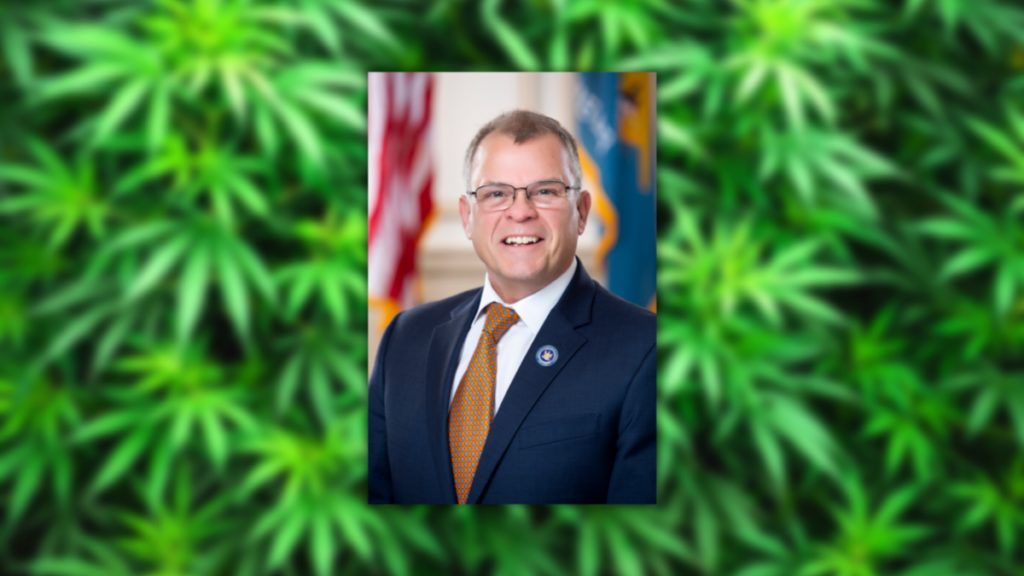 It may not be the end of the line for recreational marijuana legalization in Delaware.

While Rep. Ed Osienski’s House Bill 305 was defeated in the House of Representatives after a stunning series of events Thursday, the Newark Democrat said he’s still hopeful that cannabis prohibition could come to an end in 2022.

“I hope there’s still a path forward,” he said in an interview with Delaware LIVE News. “I’ve got to be optimistic.”

One way he said it could happen is with a bill that would only require a simple majority, or 21 votes, to pass.

Thursday’s bill needed ⅗ of the 41-member House because it sought to establish new fees on potential marijuana sales and licenses. That comes out to 25 votes.

23 representatives voted yes, 14 voted no, and 4 did not vote. No Republican supported the bill.

Two Republicans – Rep. Mike Smith, R-Pike Creek, and Rep. Jeff Spiegelman, R-Clayton – had both signaled support for legalization. Smith had even told colleagues and advocates that he planned to vote for the bill.

Then, Smith introduced four amendments at the last minute. The amendments, among other things, sought to make changes to who would be eligible for growing, selling and testing licenses depending on their criminal history.

Only one of the four amendments passed, prompting Smith to say Democrats would be to blame for the bill’s demise.

“I came here today to vote for the legalization of marijuana,” Smith said. “I went to roll call on those amendments just to prove that you guys do not care about bipartisanship – and this state needs to change.”

“I hope people remember this moment because you killed the legalization of marijuana.”

Osienski said he was surprised that Smith decided to move forward with the amendments. Other legislators had approached him and asked if the changes Smith was proposing could be made.

“I explained that they could be problematic in my caucus, but I’ve always been willing to work to come to some sort of compromise so I could get the legislation passed,” Osienski said. “Naturally, I said I would be supportive if it would get this bill over the finish line.”

At some point before the vote, word got to Osienski that Smith planned to go “not voting” on the bill. Osienski assumed that meant Smith would drop his amendments, too.

When the amendments surfaced “out of nowhere” on Thursday, Osienski said he went to colleagues in his caucus to try and gather support for them with the sole focus of trying to pass the bill.

“Some felt it took steps back from the social equity part of the bill,” he said. “If those amendments were attached, I was going to lose much-needed votes in my own caucus.”

“It’s one of those things where if I address their needs, then I lose support in another direction,” he said.

Osienski knew at that point that the bill faced an uphill battle to pass in the House.

“But I insisted that all the advocates and Delawareans that have been supporting the passage of HB 305 deserved to know where my colleagues – their legislators – stood on this bill,” he said. “Even though I kind of knew it didn’t have the support, you never know what could happen when somebody’s name is called.”

He said he doesn’t think Smith was trying to play any type of political trick.

“I don’t think he was fully aware of some of the conversations that were going on,” Osienski said. “Maybe he just didn’t get all the information from his colleagues in his caucus, so I understand his frustration, because he may have been misled on where we were with this and I think he’s starting to understand that now.”

Osienski said he’s going to start working immediately on other ways to get a bill passed.

He cited wide bipartisan support among Delawareans and noted that many stakeholders who previously objected to legalization no longer do.

“The only two strong oppositions that remain are law enforcement and the governor,” Osienski said.

In Delaware, the governor must sign or veto legislation within 10 days after transmittal, excluding Sunday, or it becomes law without their signature.

“I always kind of felt that’s what he would do,” Osienski said, referring to Gov. John Carney, who doesn’t support marijuana legalization.

“He doesn’t want it but he doesn’t want to veto it,” Osienski continued. “I think his staff put a lot of energy and pressure on my colleagues because he wanted it not to come to his desk, because of the fact that he’s probably the only Democratic governor in the country that does not support this.”

One way Osienski is considering moving forward is by drafting a bill that would require only a simple majority to pass rather than the ⅗ majority required of House Bill 305.

“There’s a couple of options out there,” he said. “We had some conversations yesterday and it’s given me hope that there’s willingness to sit around and try to figure out a different option – something that may look a little different but may have a better outcome.”

Asked if Delawareans could still see marijuana be legalized for recreational use in 2022, Osienski said he hopes so.

“I do want to work on it some more to hopefully move something else forward this year,” he said. “If not, then it is an election year, so we may have some new faces and maybe that helps.”

No matter what, Osienski said he’s not giving up the fight.

“I’m going start immediately working on something else,” he said. “It may look different than this but I do think there’s still a path forward because there’s so much support for it in Delaware.”