Camp Lenape has been giving people with orthopedic disorders a summer community since 1972.

Along Route 12 is a small white cottage with a flag attached to a post on the porch, reading “bloom where you are planted.”

Step inside to find campers doing arts and crafts, jamming on instruments, and, most importantly, cannonballing into the pool outside.

Camp Lenape, created in 1972, is a six-week camp running from July to the middle of August that is targeted towards individuals between the ages three and 25 with orthopedic disorders.

Over the years, the camp has allowed youngsters who don’t have disabilities to sign up, but they are limited to ages 5 to 13.

However, most of the campers do have some sort of disability, whether that be cerebral palsy, muscular dystrophy, spina bifida, Down syndrome or another disorder. 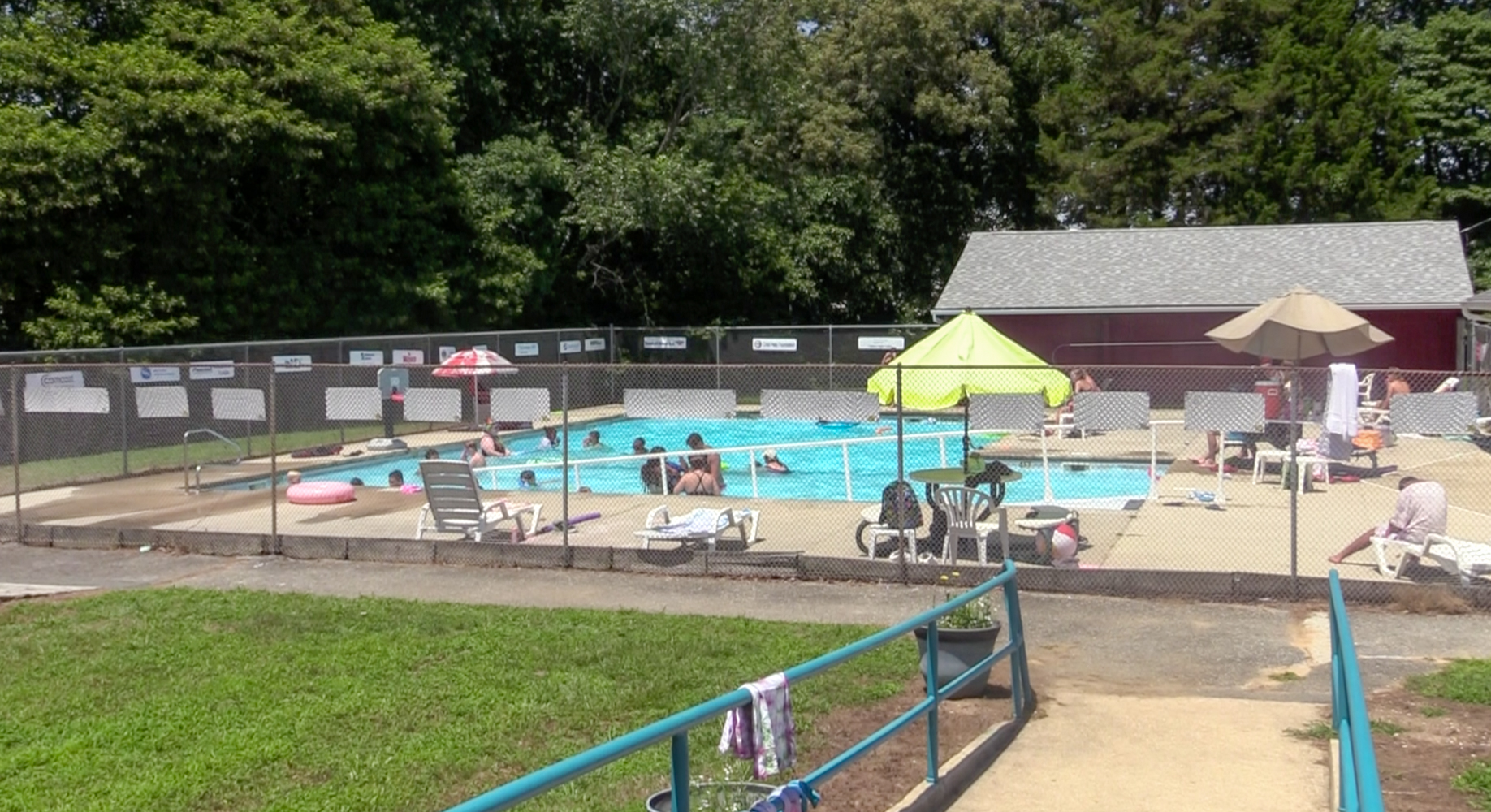 The children of Camp Lenape can’t seem to get enough of the refreshing pool.

Camp Lenape is run through the United Cerebral Palsy of Delaware, so they mainly focus on bringing disabled children summer fun and exciting opportunities during which they feel comfortable in a close-knit community, said camp director Sheila Squier.

“I like to see them be successful and grow up to be confident and strong humans, “she said, “hopefully due in part to the environment we’ve offered them.”

This year, more than 30 people signed up.

Devonte Moses, a 24-year-old who has been going to the camp for over a decade, said that because the age gap is so wide, the older campers serve as mentors and almost parents to the younger campers.

Moses, who’s in a wheelchair, has transitioned to a working volunteer, where she hopes to help younger campers struggling with their disabilities like others who have helped her.

“Sometimes I go to the store and need something on the top shelf, and people just stare at me and walk by me,” she said. “No child should have to feel shame for the way they are.”

The camp typically has a slew of special events, like attending fairs or going fishing, but the pandemic hit Camp Lenape hard financially, making some of the added events impossible to fund this year.

The camp’s pool, a favorite of the campers, is lined with placards of the camp’s sponsors, but that number is now down to around 10.

“During COVID a lot of our sponsors were lost,” said Squier.

Volunteers and workers have been fundraising to keep the camp running.

“I couldn’t imagine not having this camp,” Moses said. “It has allowed me to feel comfortable in my skin and has helped me be confident enough to flourish in the world, and these young campers facing similar challenges need a support system like Camp Lenape.”

This summer, the theme is “Journey to the Southwest,” and the decor in the camp’s three rooms  highlight it with “wanted” posters of the campers, cacti cutouts lining the walls, and a display crafted to look like a railway entrance. 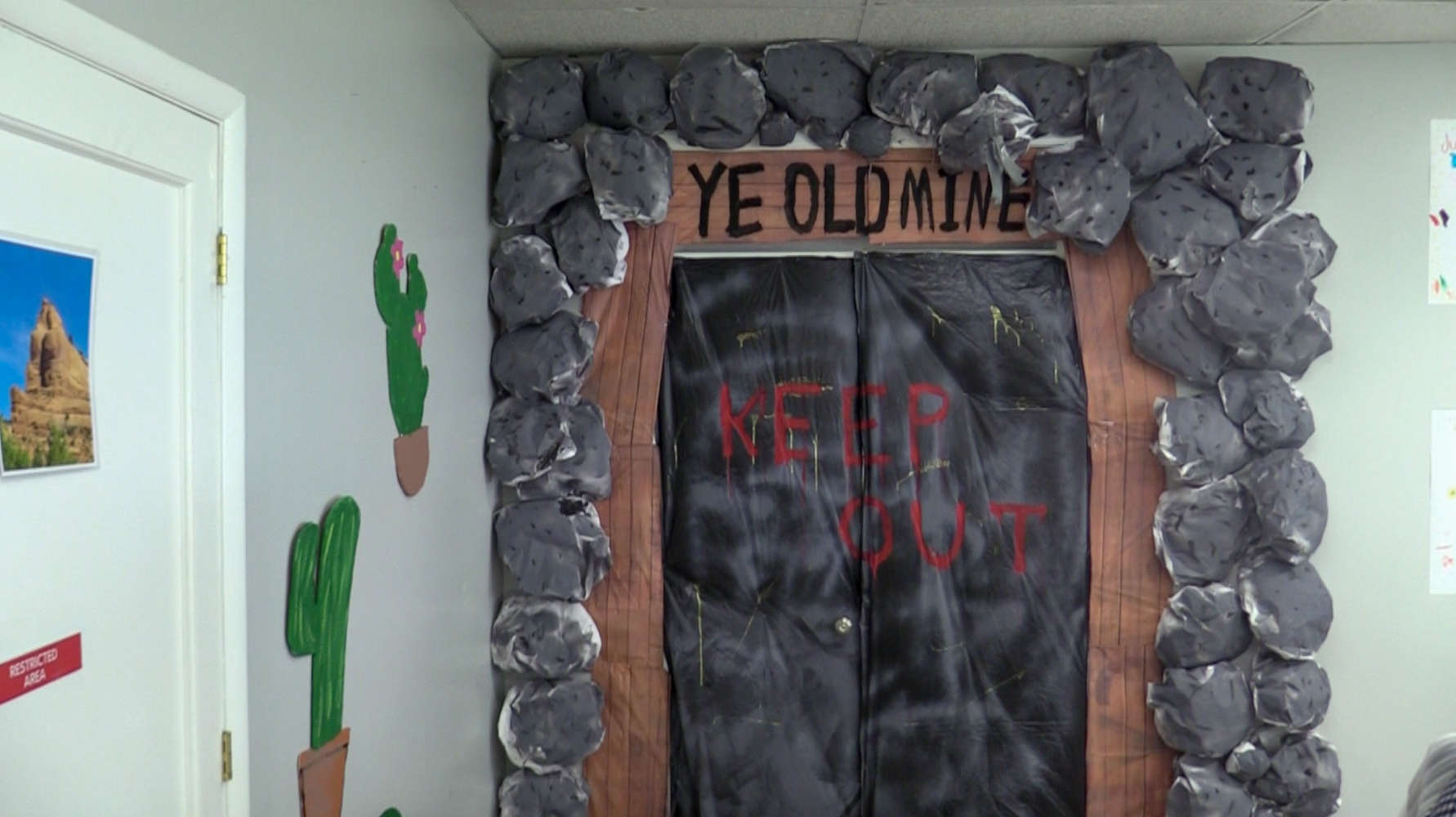 Camp Lenape’s theme this year is “Journey to the Southwest.”

The camp costs those attending $200 a week, and the campers go home at night. It lasts six weeks and campers can sign up for one week or up to six weeks.

Camperships – the camp version of scholarships – are available through the Delaware Department of Disabilities Services.

In the camp’s  remaining four weeks, it will host a group that will show off a Nanticoke tribe interpretive dance.

The camp has two large rooms where campers socialize, make art and music, watch TV, play games, eat lunch and more. The third room is a small nurse’s station toward the back.

In line with Camp Lenape’s theme this year, the campers each have their own “wanted” posters.

“This camp has meant so much to this community in the past 50 years,” said Larney Johnson, one of the  nurses. “But we need support. It’s important to make sure these communities are loud and proud and have a space to call home with people to call family.”

Outside, the children can run around in the huge field and play games, or they work on their jumpshot on the camp’s basketball court.

Most choose the alternative of staying cool by hopping in the pool.