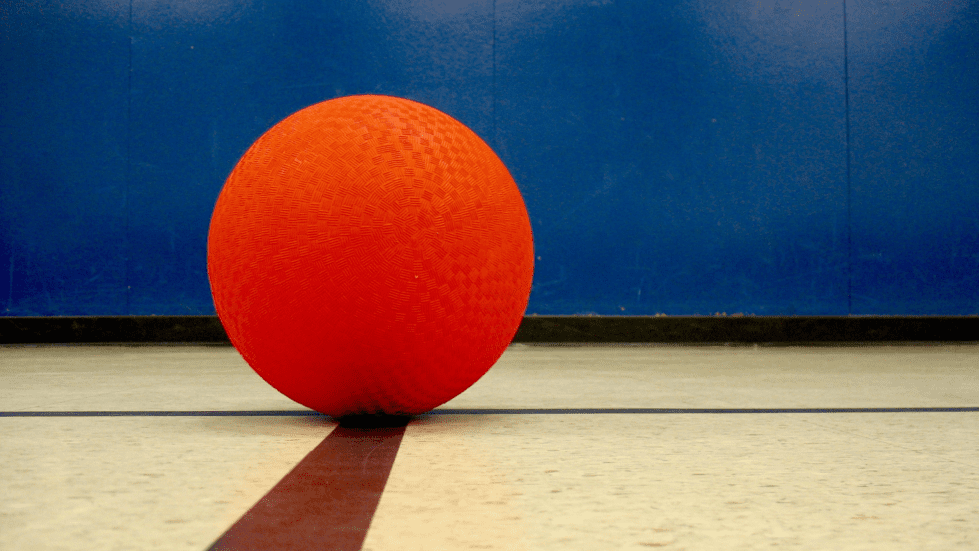 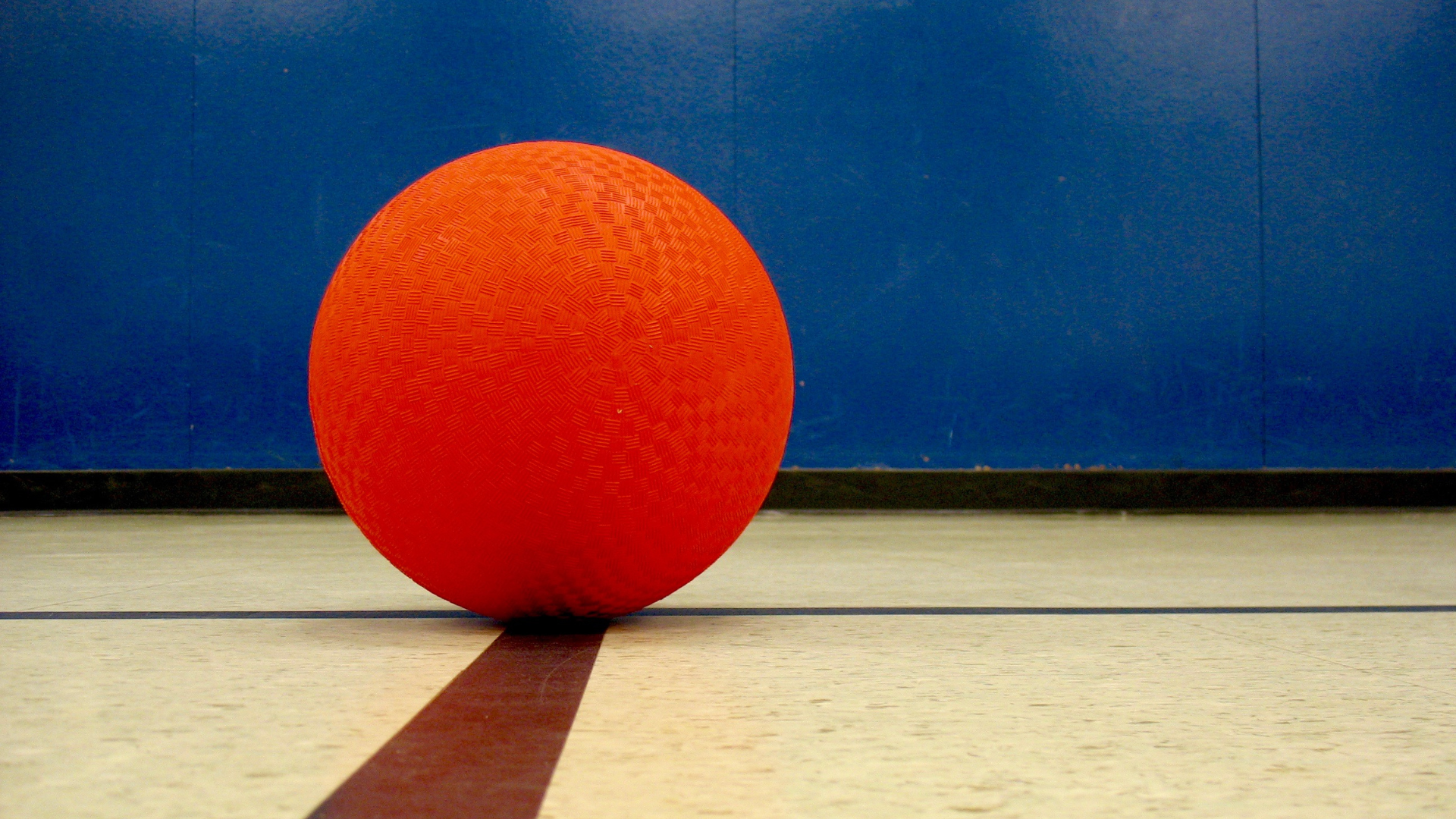 India Scott is suing Alex and Finn Dyer for an incident that involved Finn and her son, Charles, during a dodgeball game.

The mother of a Caesar Rodney School District seventh-grader has sued another parent claiming his son repeatedly hit her son during a gym class game of dodgeball, leaving her child with a traumatic brain injury and medical expenses.

On April 29, India Scott, mother of Charles Cottman, filed the lawsuit against Alex Dyer and his son, ninth-grader Finn Dyer, asking for medical expenses and “pain and suffering” damages.

The Dyer family lawyer said Monday he doesn’t believe Charles’ injuries are as serious as his mother claims. He added that neither he nor the family would comment further.

The suit raises questions about who, if anyone, is responsible when a child is injured at school.

Scott said Caesar Rodney officials have repeatedly told her the district is not responsible for the assault or subsequent injuries, even though the incident happened in the school gym.

Zachary George, the Dyers’ lawyer, said courts generally hold that parents are not responsible for the actions of their children, and a Widener University Delaware Law School professor agrees.

John Culhane, co-director of the school’s Family Health Law and Policy Institute, said, “What that means is they’re not liable just by virtue of being parents.” 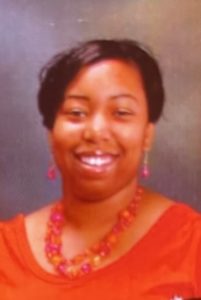 Also at issue is whether race played a role in the situation. Charles is Black. Finn is white.

Records show that she has filed several complaints against the school and teachers claiming racial bias in incidents involving her son. In one, she says her son was bullied on a school bus and was called the n-word.

“It seems that Ms. Scott views everything through a racial lens,” says lawyer James H. McMackin III, in a response to a complaint Scott filed about the dodgeball game with the State Human Relations Commission. He represented the school district.

“I don’t believe I see everything through a racial lens,” Scott said in a text. “I view all incidents from a parent lens for my African American (Black) student … If I don’t stand up for my son, or his education, then who will within the Caesar Rodney School District leadership or on the School Board?”

The suit stems from a Jan. 10 dodgeball game played in a Postlethwait Middle School gym class.

Scott says that Finn punched and kicked Charles in the head multiple times resulting in a mild traumatic brain injury.

Scott says she watched a video of the incident about 10 times with Caesar Rodney constable Anthony Roper, but the school and State Police have refused to let her have a copy.

The school district would not allow Delaware LIVE News to view the video.

“Both building and district level members of the Caesar Rodney School District, as well as several state agencies, have continued to engage and work with Ms. Scott since January,” said Caesar Rodney superintendent Christine Alois, who began her position on April 1. “As the issue is currently in litigation, we cannot provide further comment at this time.”

In the video, Scott said, Charles and Finn are playing dodgeball in one corner of the gym with other students. Finn is struck by two balls, including one thrown by Charles.

Finn hits Charles across the face causing his head to hit the wall, she said. Charles falls to the floor.

Finn “jumped on Charles,” she said, and punches him at least three times.

Another student tries to pull Finn off, but Finn starts punching the other student, who can’t stop him, Scott said.

Finn then returns to Charles and begins punching him again, she said.

A number of students try to pull Finn off Charles multiple times, but are not successful, she said.

Two teachers are then seen walking into the frame. One seems to be yelling at the students to stop.

Finn does not immediately get off Charles, but then is seen walking out of the gym, Scott said. The constable said Finn was going to the school office.

The incident lasted 11 seconds, McMackin said in the response to Scott’s complaint filed with the Human Relations Commission.

Scott said she asked Roper to see the video view of the teachers.

In that video, she said, the teachers are sitting on the opposite side of the gym talking and do not seem aware of what was happening, she said.

Postlethwait principal Kristina Failing called Scott to tell her about the incident, but didn’t specify how many times Charles was hit and kicked in the head, Scott said. The principal also didn’t express any urgency in making sure Charles received medical attention, Scott said.

Scott said her son slept for 14 hours that night, which is “very unusual” for him.

She sent Charles to school the next day because the marking period was ending soon.

When he returned home on Jan. 11, he complained of a headache and she noticed Charles had a busted lip and a bump on the right side of his head.

She later found the police report said Charles had a bump on the head, might have had a concussion and listed “hands and feet” as the weapons used.

The next day, Charles was seen by his pediatrician, who diagnosed him with a concussion and referred him to the Nemours Concussion Clinic, Scott said.

On Jan.18, 2022, the clinic’s doctor diagnosed Charles with a mild traumatic brain injury.

George, the Dyers’ lawyer, questioned during a brief interview with Delaware LIVE News if that is the medical term for a concussion.

Since then, Charles has seen five doctors at Nemours, Scott said. She doesn’t believe he is making progress and worries about permanent damage.

Charles has a learning disability and an individualized education plan to help him succeed in school. Scott would not be more specific about the disability.

Scott filed a Freedom of Information Act request asking the school to preserve the videos. She received a note from Tamara Toles Torain, administrative assistant to Alois, on Feb. 25 that said, “Your FOIA request for ‘any records and film preserved for further investigation,’ has been received.”

Scott also received a response from Col. Melissa A Zebley, superintendent of Delaware State Police, denying her Jan. 12, 2022, request for the police report about the case and the school video.

“Police reports are exempt from FOIA as they are part of an investigatory file compiled for civil or criminal law enforcement,” Zebley said.

Scott, acting as her own lawyer, filed suit April 29 in the Kent County Court of Common Pleas.

George called Scott May 9 and offered her a one-time payment of $1,500, which she refused.

She said he told her his mission is to get the case dismissed or drag it out as long as possible.

George asked the Kent County Court of Common Pleas to dismiss the case on several grounds.

“Neither the Plaintiff nor Defendant are proper parties to the Complaint and the Complaint fails to state a claim upon which relief may be granted,” he said.

His response also said that Dyer enjoyed “parental immunity” and parents are generally not liable for actions committed by their minor children. He cited several cases.

The court dismissed that case May 10.

Scott amended the suit and refiled it May 20. It is set for a pre-trial conference Aug. 22 at 9 a.m. before Judge Anne E. Hartnett.

“There will be ongoing medical expenses to support Charles in the future, and I cannot estimate at this time an amount of money that will be under the care of six different physicians in care of a mild traumatic brain injury,” Scott said in her amended filing.

She expects Charles to have to visit a psychologist at least three to four times a month for the next decade while he deals with anxiety and depression related to the incident.

Finn wrote a letter of apology Feb. 22 to Charles, which Scott received from the district during a meeting with the school’s principal, Kristina Failing.

“I have learned that my actions have consequences that affect more than just me and I have learned from my mistakes,” Finn wrote. “I wish I could take it all back.”

Scott said Failing told her the Dyers wanted to meet, but the principal wasn’t willing to have the two boys meet in person at that  time.

Scott and her son did not respond to the letter.

Scott is a single mother who works in information and document management. She admits she has had financial struggles. Several suits dealing with money are filed against her in Kent County.

Charles is the youngest of three siblings.

Scott said he has not been involved in conflicts before the 2021-2022 school year. The complaint filed before the Human Relations Commission listed several incidents in which Scott said Charles had been bullied.

Scott is acting as her own lawyer in filing against the Dyers because she couldn’t get a lawyer to take a case against the school district, she said.

It took her months to get a copy of an unredacted police report, she said.

“I had to keep asking and go through multiple layers of state agencies to get it,” Scott said. “I just don’t get that part either.

“Why can’t I get a police report that is not redacted? You’re protecting the student that assaulted my son in January, but I need his parents’ information and I need his address to properly sue them for these medical expenses.”

The police report lists “assault third degree intentionally or recklessly causes physical injury to another” as the crime description and categorizes the incident as a non-aggravated simple assault.

Scott said the court has ordered her to submit a pretrial conference worksheet and stipulation before Aug. 22.

George left Scott a voicemail Aug. 4 saying he plans to file another motion to dismiss once the pretrial documents are submitted.