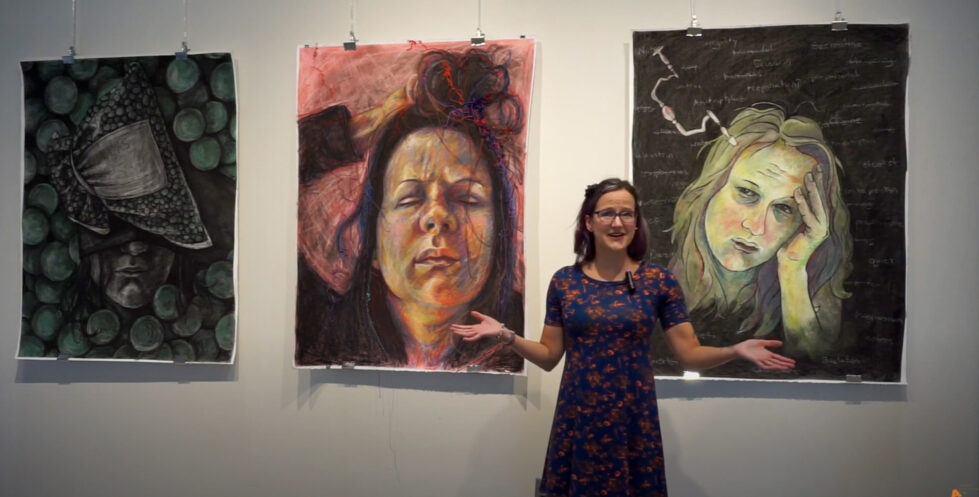 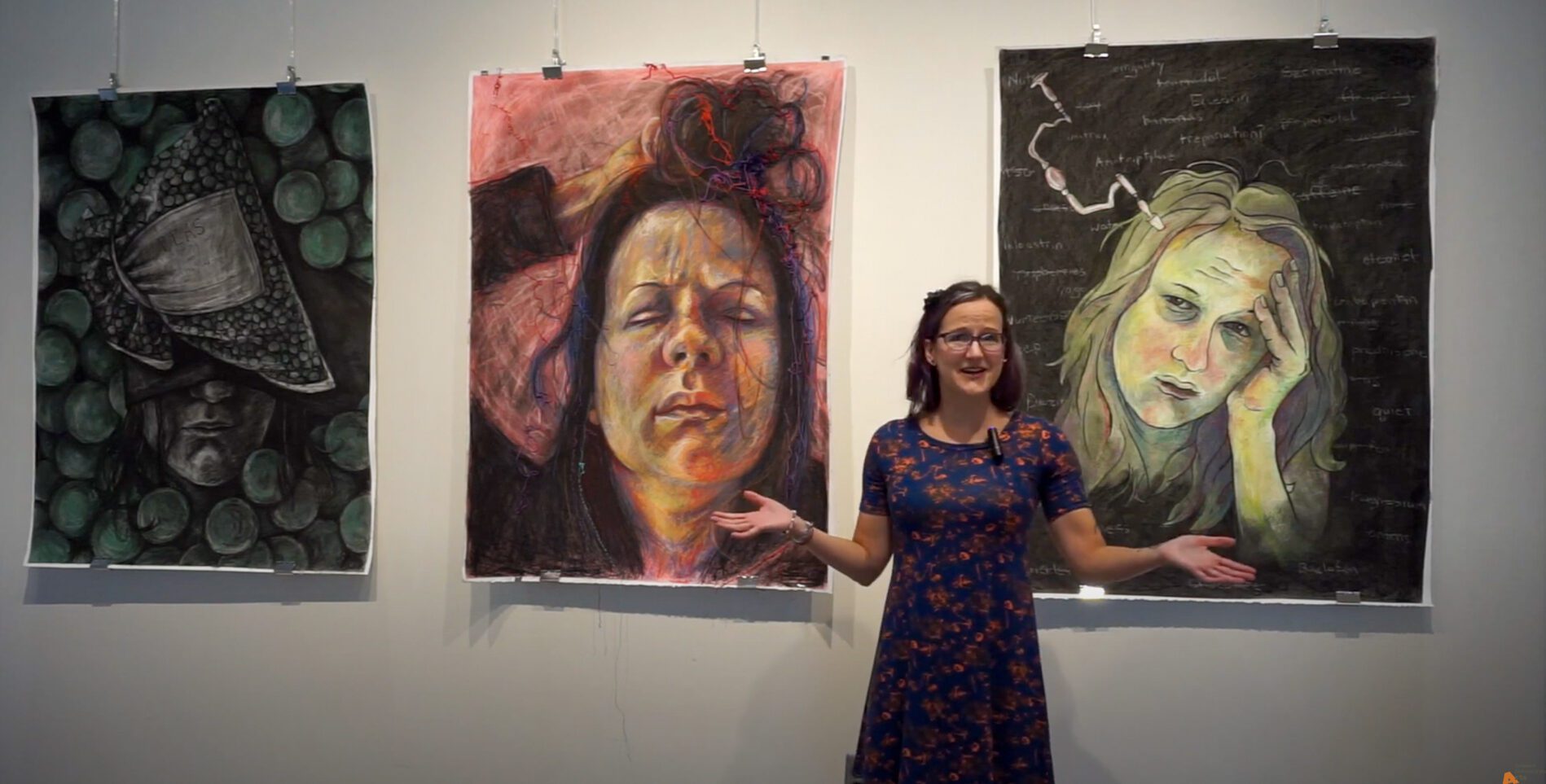 Maia Palmer’s art exhibit, “Making the Invisible, Visible,” will be open in downtown Wilmington until Nov. 25.

Maia Palmer, a visual arts teacher at Cab Calloway School of the Arts, wanted to bring awareness to how chronic migraines can affect people.

So, she combined her artistic talent with her passion for social awareness and created the “Making the Invisible, Visible” exhibit, which will be on display until Nov. 25 at the Mezzanine Gallery on the second floor of the Carvel Building in downtown Wilmington.

Palmer, who suffers from migraines and says she’s faced backlash at work and social groups for her condition, opted to create an exhibit of self-portraits, all representing feelings and experiences she’s had while dealing with migraines.

“Migraine is typically considered an invisible illness since there are no visible symptoms versus having the flu or illness that is readily apparent,” Palmer told Delaware LIVE News.

“Millions of Americans suffer from chronic migraines, yet there is little research around it and there’s a lot of discrimination that goes with people who suffer from migraines,” Palmer said.

There is also a video component that tells her history with migraines. Some pieces have QR codes that patrons can scan to bring them to an audio file sharing different experiences Palmer has had with her disease.

For the exhibit, Palmer primarily used charcoal because of its gritty, hands-on qualities.

“A migraine is such a bodily experience that affects every aspect of the body, from the ability to speak properly to overwhelming fatigue,” she said, “so I wanted to work with something hands-on to create large-scale pieces that can’t be ignored like the condition often is.”

She added that the push-and-pull motions of the hands when creating with charcoal is similar to the recovery and relapse cycle of migraines.

Women are disproportionately diagnosed with migraine disease, and Palmer said bringing awareness to the severity of the illness can help dispel any backlash they receive.

Some art in the exhibition:

Some pieces include sewing threads, which Palmer says demonstrates the relationship between migraines and sewing — both are repetitive and arduous. Like the sewing needle is to a fabric, a migraine is sharp, piercing, and a continuous pounding pressure, Palmer said.

Several of the portraits show Palmer in obvious distress, with her hands pulling on her hair, her face in a frown, her hands squeezing the sides of her ears, a red mesh hole in the middle of her forehead, or other aesthetic indicators that she is suffering a migraine.

Palmer includes small text that blends in with the backdrop of the portraits to describe her emotions more in depth.

One portrait lists different types of medication she has tried to alleviate the pain; another faintly shows entries of her migraine journal which she uses to track her episodes.

Another says to “turn off the lights and shut the damn door.”

Palmer applied to create and present the exhibit as part of the Delaware Division of the Arts Individual Artist Fellow program, which enrolls around 25 fellows each year.

“The fellowships are important because they provide recognition of the artists’ skills and creativity, and a monetary grant that allows the fellow to develop their artistic career by purchasing supplies, renting space, taking classes, and more,” said Roxanne Stanulis, program officer of artist programs and services at the Division.

Although the collection is full of self-portraits, Palmer believes it will validate other students and educators enduring similar conditions.

“All those people are feeling heard now,” Palmer said. “I also want to just rally the troops and create support for those of us who do have these invisible illnesses. It makes us feel less alone.”