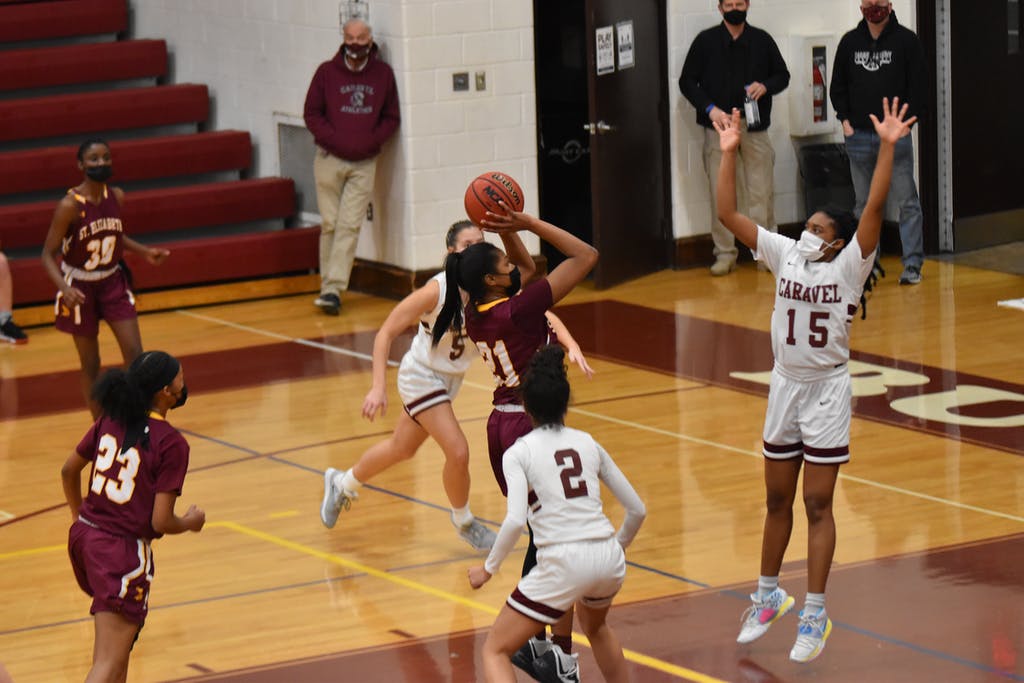 Naia Pulliam of St. Elizabeth goes up for a shot against Caravel.

BEAR — India Johnston’s floater had been deadly all night, so no one was surprised when she let her last one go with only a second remaining.

She nearly snatched a buzzer-beating victory for No. 5 Caravel, but as the ball bounced out of harm’s way, top-ranked St. Elizabeth breathed a sigh of relief after picking up a 59-58 come-from-behind win Thursday.

The Vikings hadn’t played since Jan. 21, and they fell behind in the early going. Despite owning the rebounding edge, St. Elizabeth couldn’t get shots to fall.

A three-pointer by Rory Ciszkowski brought the Vikings to within 12-10 after the first quarter.

St. E’s held a three-point halftime advantage, but the Buccaneers turned it around in the third. Johnston had two three-point plays and a three-pointer, and Caravel’s two seniors, Julia Nask and Caitlin St. Leger, also added triples as the Bucs opened up a 40-32 lead late in the quarter.

The Vikings cut five points off that lead before the third ended, but the Buccaneers used a 9-4 run to open the fourth to send the lead back to eight at 49-41. 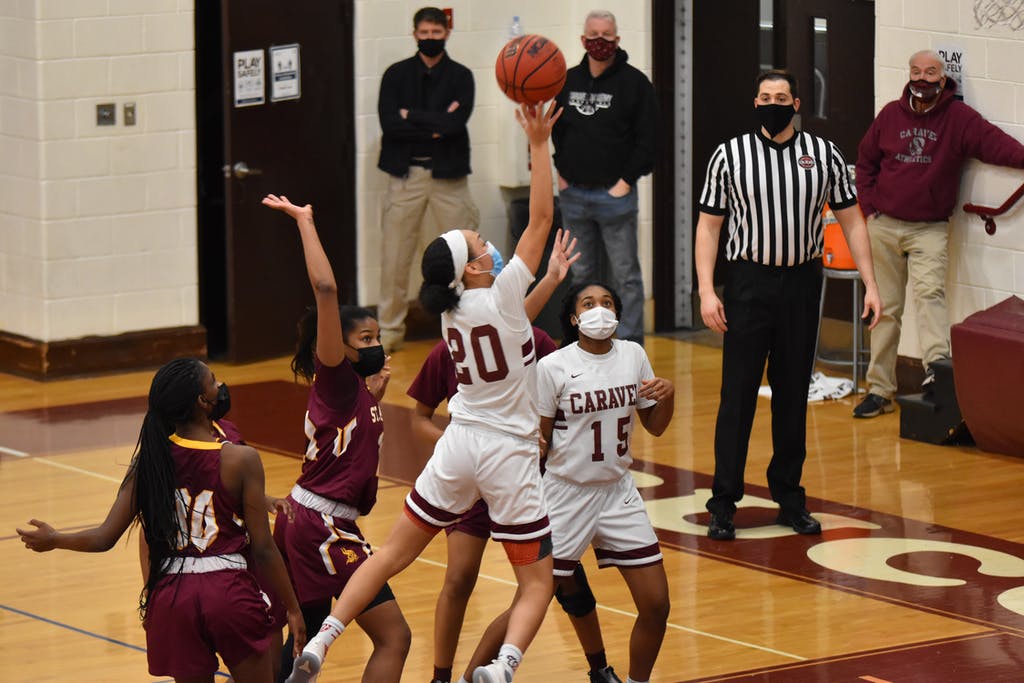 All eyes on India Johnston of Caravel as she releases a shot.

Olivia Lynch began and ended a streak of 10 consecutive points for St. E’s with layups, the second one coming after a steal by Farrah White. Johnston sent the game to overtime with a soft-as-linen floater.

The Vikings opened up a 56-53 lead, but that was no problem for Johnston. The unflappable junior drilled a three-pointer from three feet behind the arc, leveling the game at 56. White answered, hitting for three.

The Bucs added two free throws from Johnston, and they earned a chance for the victory after the Vikings missed four free throws in the closing seconds. On the final shot, Johnston raced into the lane and sent the ball toward the rim. It appeared to be a game-winner, but it bounced out.

Naia Pulliam led the Vikings with 22 points, and Ciszkowski and Januarie Tate added a dozen each. The trio, along with Lynch, also owned the rebounding advantage. St. Elizabeth (5-0) will visit Saint Mark’s on Saturday at 4 p.m.

Johnston had four three-pointers and shot eight of nine from the free throw line on her way to 32 points. Laila Glover added 13. The Buccaneers (4-3) also play Saturday, heading to nearby Red Lion for a noon start.