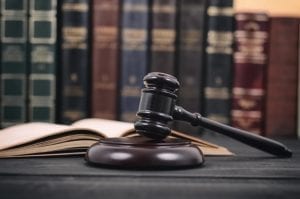 A business group that is usually harshly critical of Delaware’s Chancery Court praised it this week for striking down a motion against the company at the heart of its organization.

Citizens for a Pro-Business Delaware applauded Chancery for refusing a motion to hold TransPerfect Global in contempt of court. A press release from the business group called the motion “frivolous.”

The Delaware group formed after  TransPerfect, a New York language translation company, objected to the way it was treated in Delaware’s business court.

TransPerfect came before the Delaware Chancery Court when its owners got into an argument.
The Chancery Court ordered Transperfect to be sold, which it was to owner Phil Shawe. Transperfect continues to battle fees charged to it in the proceeding, and the Shawe family and Citizens for a Pro-Business Delaware has spent hundreds of thousands of dollars working against Gov. John Carney’s election and being critical of Delaware courts, including their lack of diversity.
Most recently, Transperfect has objected to the Chancery Court upholding the bulk of $3.9 million in fees that Custodian Robert Pincus’ and Skadden Arps — a vast American international law firm —  charged during the court battle. Those fees must be paid by TransPerfect, which says it has been overcharged.  The company has been treating TransPerfect “like a bottomless piggy bank without repercussions,” the press release said.
The contempt charge was filed by Skadden Arps’ attorney Jennifer Voss.
The press release called the court decision significant for TransPerfect, “but more importantly it is a victory for so many who have been wronged by a system that lets elite law use insider relationships for their own gain.”
A Delaware Courts spokesman declined to comment on the business group’s press release.

The press release said Chancellor Kathaleen St. J. McCormick should build on the decision by terminating the $4 million+ escrow account that Voss and Pincus want to access and holding Skadden Arps “accountable for bad-faith billing practices by imposing sanctions.”

The business group’s press releases says it’s made up of more than 5,000 members including employees of Transperfect, concerned Delaware residents, business executives and others.