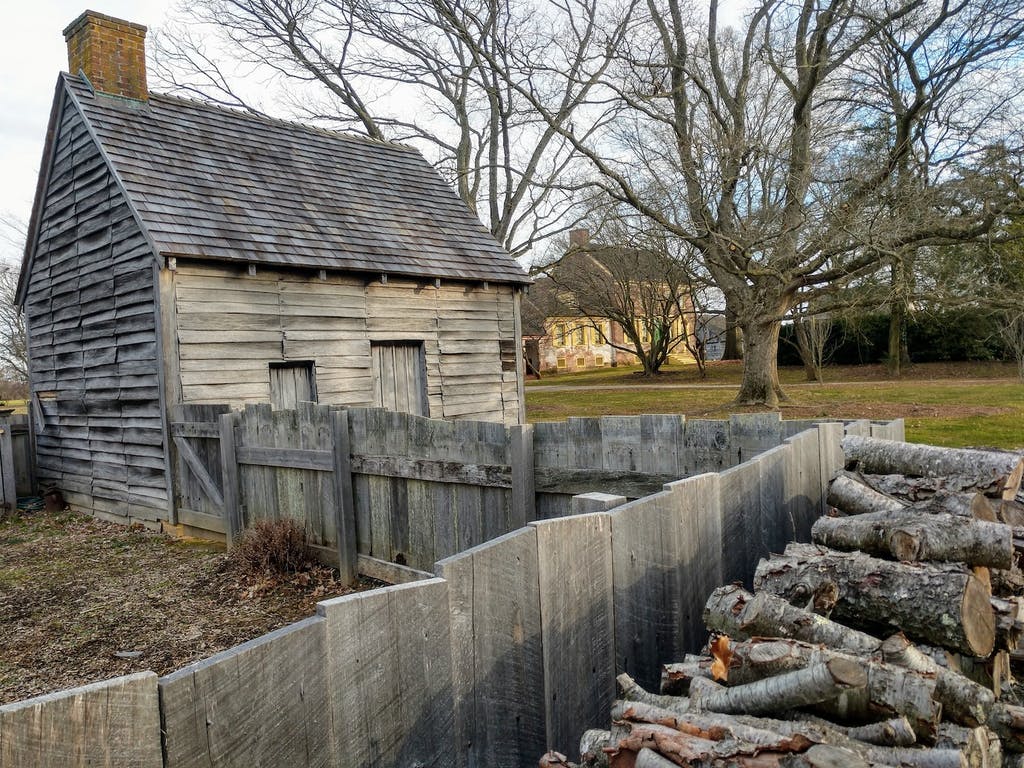 This log’d building is a reconstruction of the type of housing inhabited by the John Dickinson Plantation’s enslaved people, tenants and indentured servants. (Delaware Division of Historical and Cultural Affairs)

Archaeological fieldwork has identified a burial ground that likely holds the enslaved individuals and other Blacks who lived, worked and died on land owned by patriot John Dickinson and his family, the state announced today.

The burial ground was found March 9 at the John Dickinson Plantation in Dover.

“This is sacred ground for Delaware, and we will continue to treat it with the honor and respect it deserves,” said Tim Slavin, director of the Delaware Division of Historical and Cultural Affairs. “Our path forward is to protect the site, engage with the community about how to proceed and continue to learn more through research and dialogue.”

For two years, the division has archaeologically investigated the 450-acre state museum, primarily to find the burial ground that documents refer to.

The division will continue its research and “engage with descendent communities” in making decisions regarding interpretation of the land, which is not open to the public.

This is the latest in a line of announcements about enslavement and related human rights issues at the plantation, the boyhood home of Dickinson, a signer of the U.S. Constitution. “Dickinson wrote eloquently about freedom and liberty while at the same time holding other human beings in bondage,” the state said in today’s announcement, repeating phrasing from a division blog.

The plantation recently became Delaware’s first member of the International Coalition of Sites of Conscience, which aims to connect “past struggles to today’s movements for human rights.”

The state in February also announced a plan to create “an area of reflection to allow visitors a quiet place for contemplation after learning more about the lives of those enslaved at the site.” That’s part of an expansion plan announced in December.