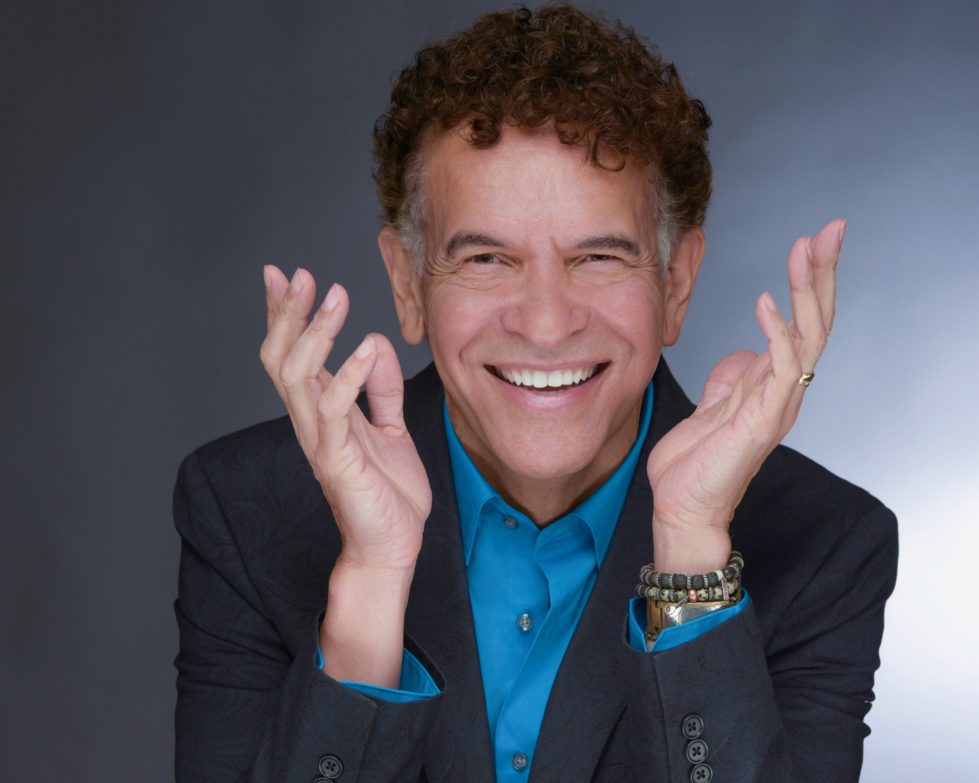 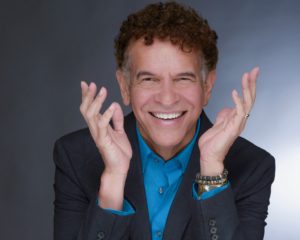 Brian Stokes Mitchell will perform with the Delaware Symphony Orchestra Sept. 10 to celebrate the opening of the arts season.

When acclaimed Broadway star Brian Stokes Mitchell was in high school, his drama teacher told the class to notice the actors and actresses whose faces they recognized in television and movies.

“You may not know their names, but they’ve been working for years,” Anne Kill said.

They had built a careers that lasted, she said, and anyone who wanted to go into acting should try to follow that model.

Flash forward 50 years, and Mitchell is standing in an airport TSA line when one of the officers gets all excited.

“I know you! I know you!” the officer said, then admitted he couldn’t remember Mitchell’s name or what he’d been in.

“Tell you what,” Mitchell told him. “Let’s see if you can tell me by the time I get to the end of the TSA line.”

The guy enlisted his coworkers, who agreed they recognized Mitchell, but couldn’t call to mind his name.

As promised, Mitchell told them at the end of the line and jogged off toward his plane.

Then the parallel dawned on him.

“Oh my god, I had become the person that my acting teacher told me about, that person that’s had a career,” Mitchell told Delaware LIVE Monday. “And it was like the happiest moment in my life.

Unfortunately, though, he couldn’t tell Krill, who had died a few weeks before.

Mitchell will come to Delaware for the first time Sept. 10 to star in the joint arts season opening concert sponsored by the Delaware Symphony Orchestra, OperaDelaware and The Grand.

One highly likely bet to be included is “The Impossible Dream” from “Man of La Mancha,” which he starred in and for which he earned one of his four Tony nomination. He won for 2000’s “Kiss Me Kate.”

“The Impossible Dream” is the song Mitchell belted from his balcony in spring 2020 to thank essential workers for their service in the early days of the COVID-19 pandemic. He did it nightly for two and one-half months after recovering from the virus himself

Mitchell was diagnosed before the lockdown began and remembers the odd sensation of the virus traveling around his body before settling into his lungs: terrific headache to the back of his legs, which he realized was vascular, then up his spine and into his kidneys. Finally, it hit his lungs.

Not much was known that March 2020 about the virus or its effects, he said.

As Mitchell recovered he would sing and do vocal exercises, testing his voice and lung strength.

Laying in bed, he had listened to his wife and son each night clapping for essential workers. When it felt safe, he joined them.

“And one day just spontaneously I started singing ‘The Impossible Dream,'” he said.

He didn’t plan to repeat it. But the next night, someone below yelled, “Sing the song,” and he did.

As word spread, crowds built into the hundreds, maybe to 1,000.

“For me, it was an incredibly valuable lesson on the power of art and how it can keep us sane and keep us together and keep connecting us,” he said, “and that was my inspiration for singing.” 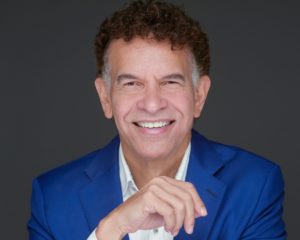 Performing since his teens

Mitchell said his 20-year-old self would not be surprised to be told that he would have a long, varied and acclaimed career.

He was 20 when he was cast in his first television series, “Trapper John, MD,” which ran for seven years.

As Mitchell was starring in that show, he was also attending classes at the University of California, Los Angeles studying film scoring, orchestration, conducting and arranging. The show allowed him to score three episodes, and he now records and mixes his own records.

Few people then realized then that his background already was musical theater.

Or that as a teen he had considered becoming a pilot or going into marine biology, partly to follow in the footsteps of his own father, George, a civilian electronics engineer who had taught radio and blinker code to the Tuskegee Airmen in Tuskegee, Alabama. George told his son a lot of stories about those Army days.

George then went on to work for the Scripps Institute of Oceanography, living around the world and doing things like traveling up and down the Amazon River.

Mitchell got to see his dad’s office at Tuskegee after performing in a nearby town.

He excitedly called his father, who was 92, to tell him.

“You won’t believe where I am,” Mitchell told him and then just bubbled out everything about his visit, his dad’s old office and seeing the airfield tower he talked about.

When he stopped to see what his dad thought, his father said, “I don’t know. She’s home yet.”

George didn’t have his hearing aid in and had no idea what his son had just said.

After living all over the world because of his dad’s work with the U.S. Navy, the family moved to California, where a 17-year-old future Tony winner got involved with the San Diego Junior Theater.

It was run as a tight ship by Don and Bonnie Ward,  both of whom were performers. They also ran the Starlight Opera and a youth group called The Bright Side, which toured with a peppy Up With People kind of show.

His first role was Conrad Birdie in “Bye Bye Birdie,” a take on how Elvis being drafted devastated his fans. Birdie is the Elvis character.

“That was the first hint that I got that ‘Oh, I seem to have something here’,” Mitchell said. “I seemed to have a particular effect on an audience, even though I was incredibly green at that point.”

The Wards invited him to join The Bright Side.

“That was my first paid job, getting $15 a show,” he said. The group performed all over the country and in Japan.

The Wards were among many mentors whose lessons helped Mitchell prepare for or cope with life in the entertainment world.

The theater became a family affair, with his parents and siblings getting involved in many ways.

Mitchell never graduated from college. He did learn to fly and for a while had his own plane.

But he was also always a musician. When he was 6 and the family was living in Guam, his parents gave him a fan organ. Mitchell was transfixed by the small keyboard and said he played it every day until he was 18.

By then, he was singing with the Wards and performing in theaters, with one job leading to another.

“I never had to wait tables or do anything,” he said. “I’ve always made my living as a performer and I call myself the luckiest actor in the world. I also realize I’m an anomaly and that is very very unusual.”

He is delighted that theaters have opened up again.

When he was singing “The Impossible Dream” from his balcony, he said his thoughts often were dwelling on the performers and people who make shows happen not being able to work.

Helping those working in the entertainment industry is one reason he’s been delighted to be re-elected as the chairman of the Entertainment Community Fund, originally The Actors Fund,” for 19 years.

The fund provides social services, emergency financial assistance, healthcare, insurance and other services to those in the industry.

Mitchell has been delighted to see Broadway reopen and orchestras around the world begin to put on live shows again.

The singer questions whether at the age of 64 he has the stamina to return to Broadway’s eight-show-a-week schedule.

He would definitely make an exception for a one-man show about his life that he’s been mulling for years. The ideas are starting to gel, he said, but he hasn’t worked it out yet.

The show would track his own life and career, turning his parents, the Wards, and others who were instrumental or notable into characters he would play.

He has a few projects lined up, such as new Hulu comedy musical show “Up Here” and a Netflix film about Shirley Chisholm, and concerts. Lots of concerts.

“It allows me to perform and have the synergistic experience with an audience and to connect with them to tell the stories that I want to tell,” Mitchell said.

He’d like to follow in the footsteps of Tony Bennett and still be performing in his 90s.

Mitchell likes to treat a song as if it’s a full production, with a beginning, middle and an end sung in a way that tells you something about the person who created it.

Performing also fits into one of philosophies of life, which he calls riding the wave.

“You know, we have so little control over what happens in our life,” he said. “I see people, including me watching the news and just getting overwhelmed by the all the negativity and all the divisiveness and all the terrible things that are happening.”

There’s nothing a single individual can to change all that, he said, so it’s important to find a way to rise above and not be sucked down.

He wants audiences to leave his concerts feeling energized and enlightened.

“That’s within my sphere of influence.”

To learn more about Mitchell, go to his website. He’s rarely on social media, he said.

To buy $75 tickets to the Sept. 10 performance, go to The Grand’s box office.