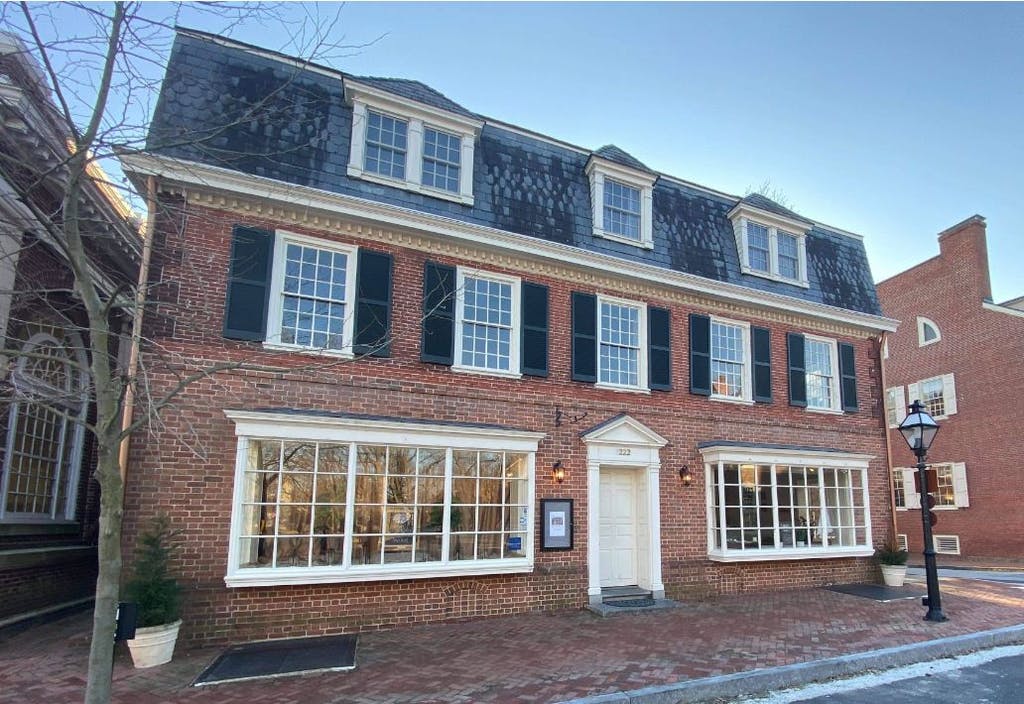 The David Finney Inn will become a tavern, coffee shop and Airbnb. Photo by Kevin Dunn

For decades, the Booth House Tavern in Historic New Castle was a Saturday night destination.

In the late 1970s and early 1980s, for instance, local patrons came here for a steak, a tasty libation and, if they timed it right, the soulful sounds of DJ Johnny Wizz.

Beginning in 1985, however, the Delaware Street building became better known as the upscale David Finney Inn, which had a variety of owners — and a devastating kitchen fire in1994. Nothing could keep the building from bouncing back.

“We’re excited to get open and show the town a fresh and improved building with fantastic, comforting flavors, smiling professionals and an inviting atmosphere,” said Mia deMarteleire, director of operations and hospitality.

The new owner was attracted to the building’s history.

“I grew up in New Castle and have lived in Northern Delaware my entire life,” says Marcozzi, who is a New Castle resident. “When I decided to get into the [hospitality] business, I wanted to do it right here in New Castle.” 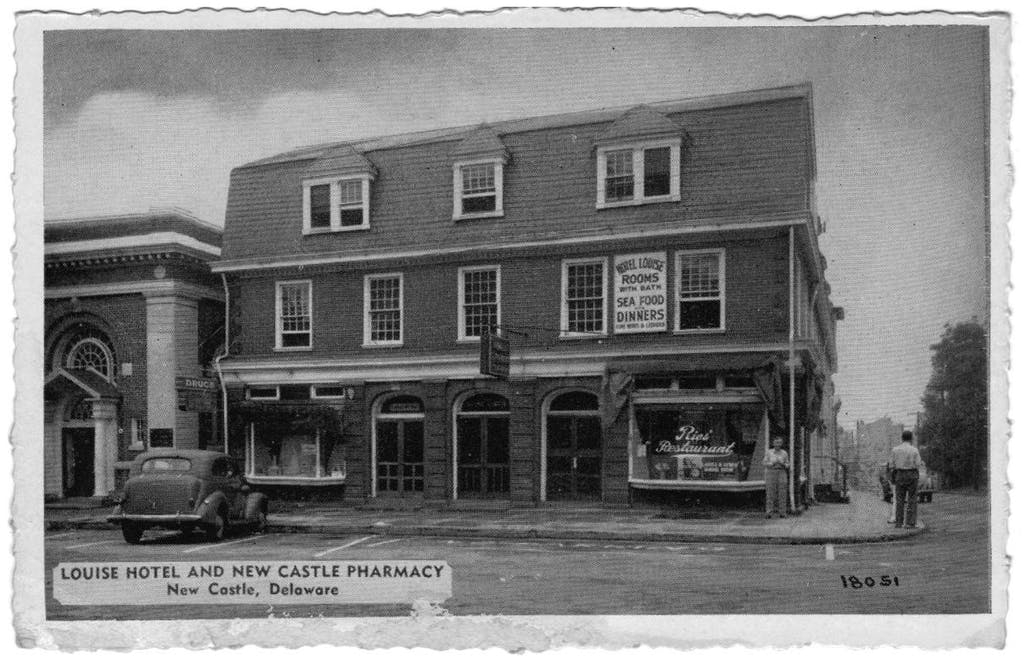 The Louise Hotel and Booth House Tavern in an archival photo.

But Marcozzi, who is in the IT business, was smart enough not to go it alone. He hired deMarteleire, who helped open Domaine Hudson and Ubon and worked the front of the house in Orillas, a tapas bar, in downtown Wilmington. 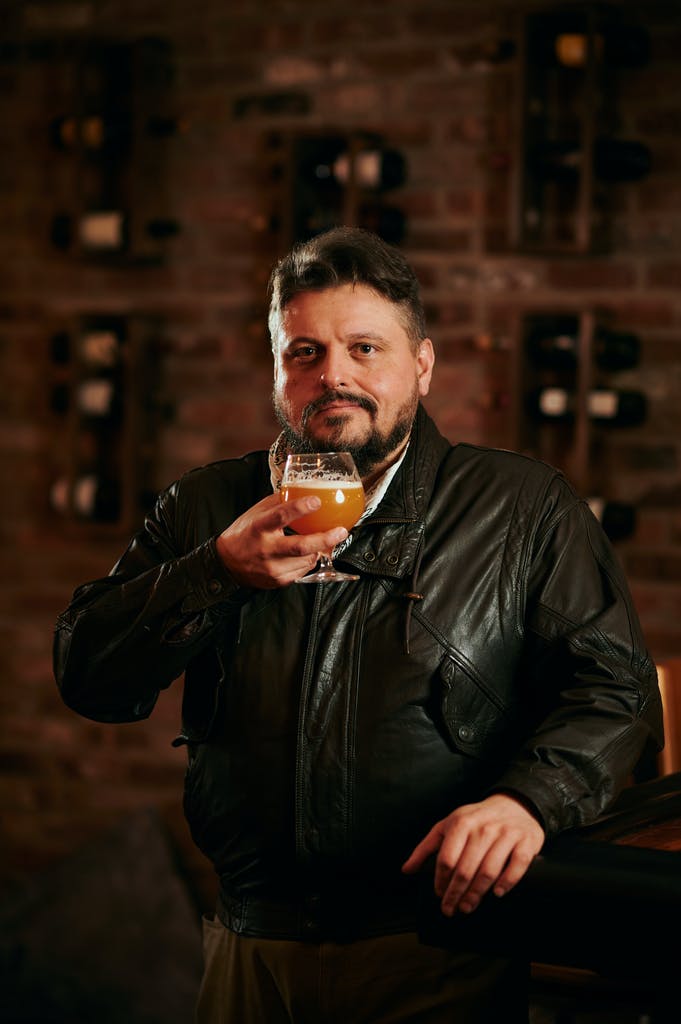 While working in the business, she met Samuel Wall, who is the executive chef at Booth House Tavern.

The new incarnation is not an attempt to resurrect the old 20th-century restaurant. It is an homage to James Booth Sr. and James Booth Jr., who lived at the site and were both judges.

Reportedly, the younger judge, an abolitionist, once ruled in favor of a family fleeing slavery, Marcozzi said.

The family then sought the assistance of Wilmington Quaker Thomas Garrett, who helped Harriet Tubman and the Underground Railroad.

The new restaurant will adjoin the Café at DFI (David Finney Inn), a coffee shop that will serve breakfast and lunch to the public and tenants on the upper floors, as well as Airbnb guests upstairs.

“We have a lot of walkers, cyclists and people who love the area who are excited about the coffee shop,” deMarteleire said.

The marriage of the two names — Booth House Tavern and David Finney Inn — is appropriate. 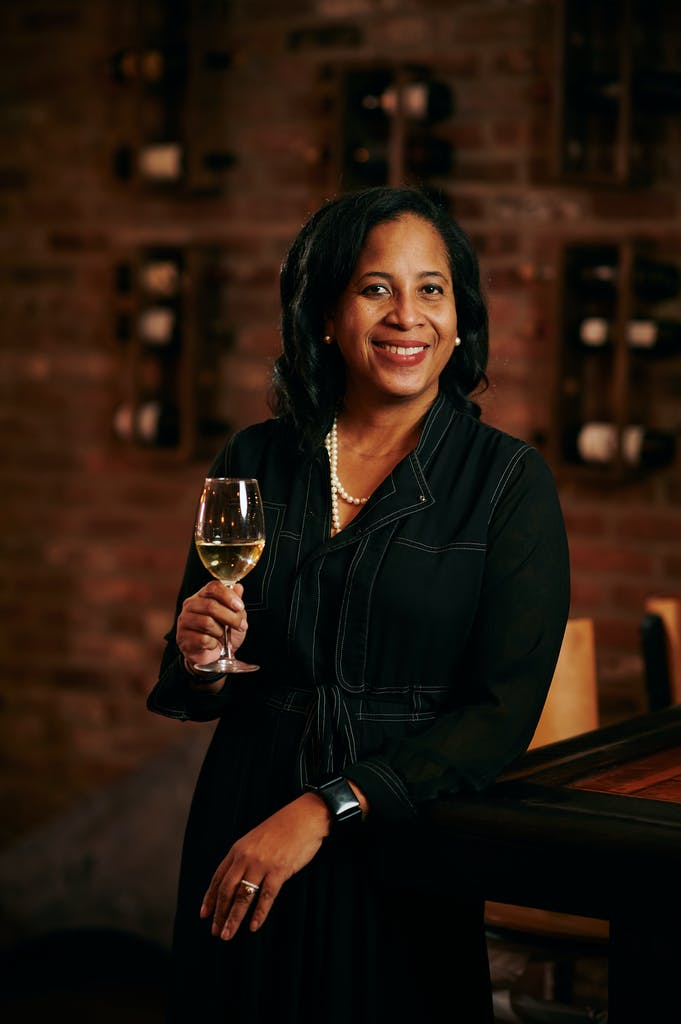 The property dates back to 1683, when Renere Vandercoolen built an inn. In 1688, the building, garden and orchard passed to Anthony Green and then, in 1713, to Sylvester Garland.

New Castle, a bustling port, was the seat of Delaware’s government in the 17th, 18th and early 19th centuries. In 1757, the property was purchased by attorney David Finney, who reportedly joined the two sides of the building to form one home.

In 1794, the Booth family bought the property, which was ideal for judges — it’s conveniently located across the street from the courthouse, now part of Delaware’s First State National Park. The home later become a boarding house and tavern.

By 1946, Booth House Tavern shared the Delaware Street building with the Hotel Louise and the New Castle Pharmacy.

By 1978, the tavern was serving up steaks, barbecued chicken and, on weekends, a side of mellow rock and oldies. The David Finney Inn took over in 1985.

The new incarnation will sport a brewpub concept. Plans call for an on-site brewery, and, at the least, a house beer. Marcozzi also wants to offer hard cider and honey mead. 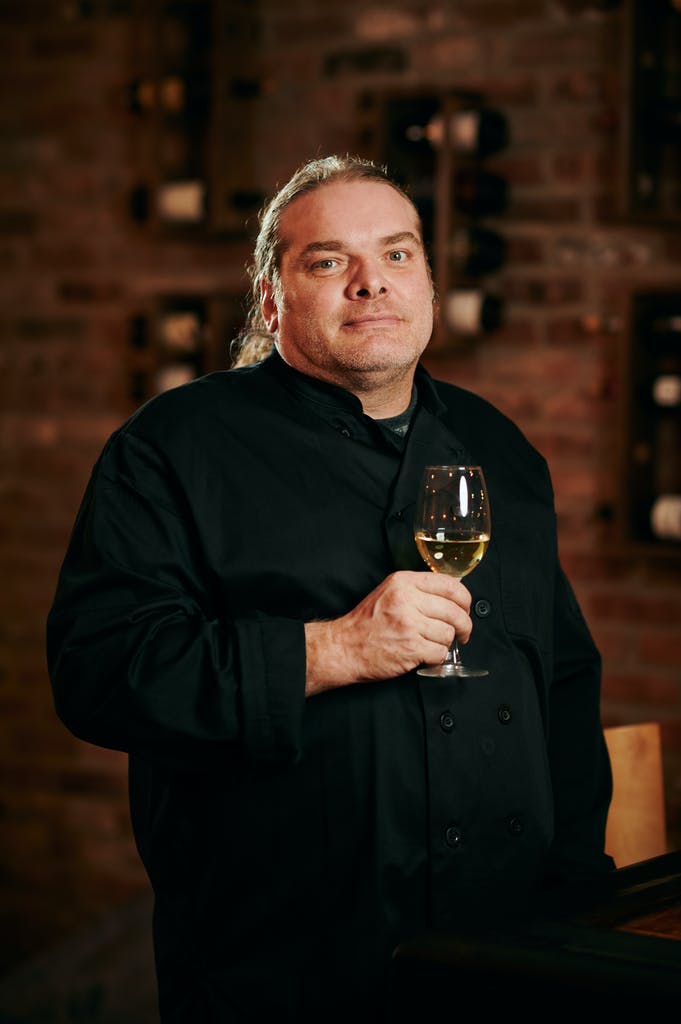 The renovated décor still reflects the building’s Colonial roots, but in a modern twist there will be a hydroponic area, where Wall will grow microgreens. The restaurant is also purchasing produce from Second Chances Farm, which hires people returning to society after incarceration.

Expect items such as crab cakes and prime rib with many entrees in the mid-$20s. Breads and pastries will be made in house.

The team is eager to open the doors.

Says deMarteleire, “We’re looking forward to getting this baby going.” 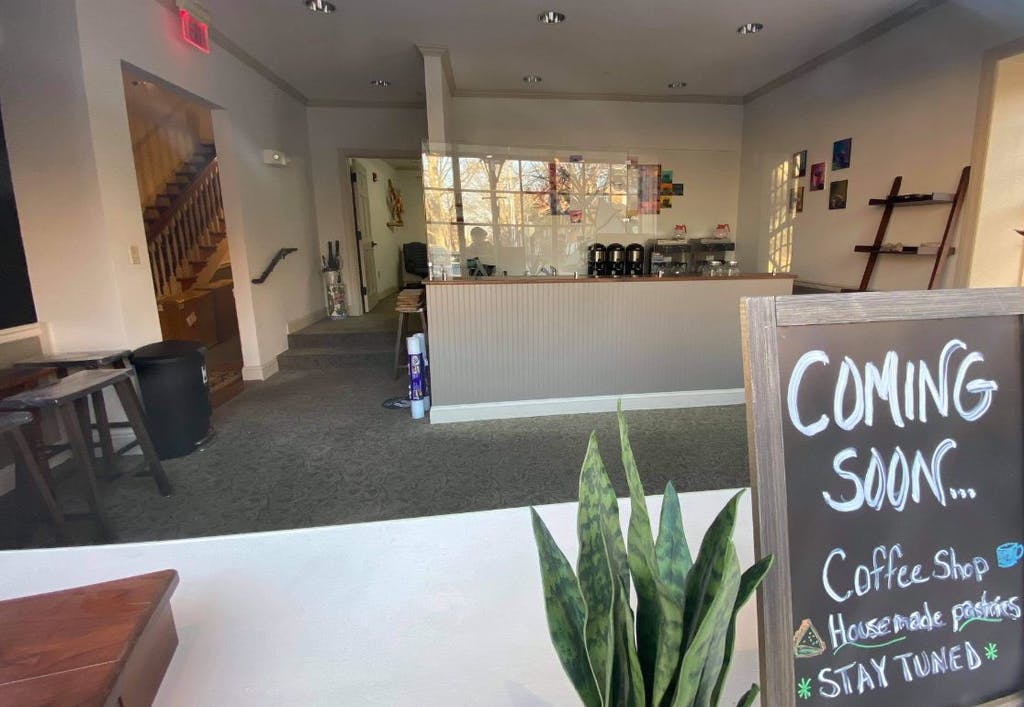 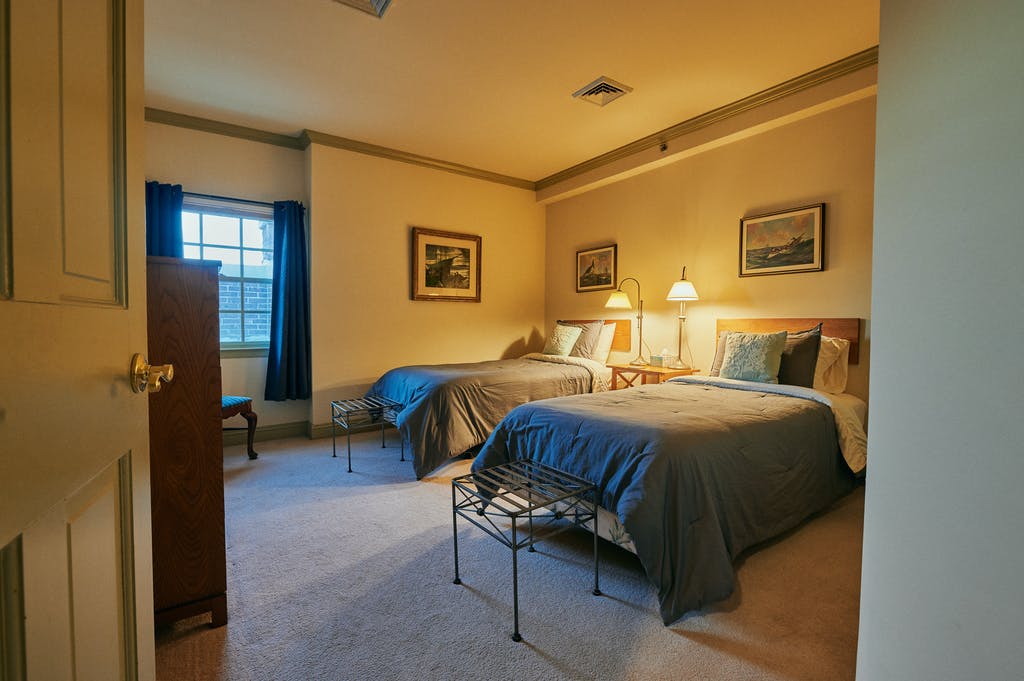 Rooms in the Booth Tavern are comfortably furnished. Photo by Joe Hoddinott / Phojoegraphy