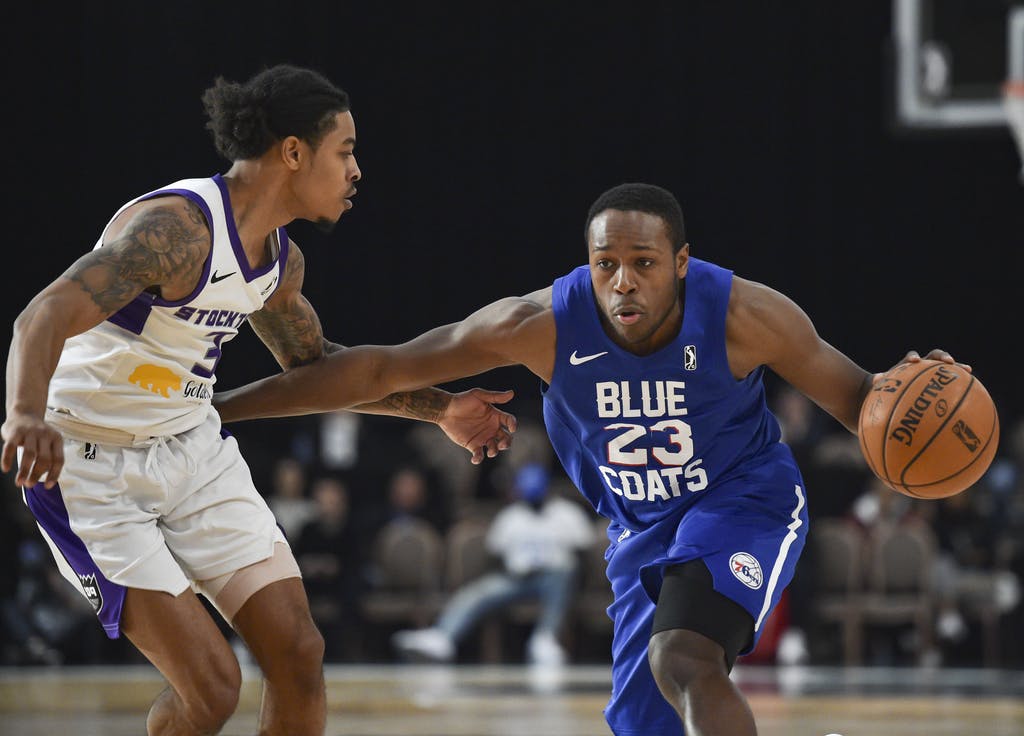 Jared Brownridge returns to the Blue Coats for its season in the Orlando Bubble.

Delaware acquired the rights to Rabb and a second-round pick in next year’s draft from the Westchester Knicks in exchange for the Blue Coats’ first round pick.

The roster also shows Lamine Diane and Frank Mason III, who were cut by NBA teams and then signed an NBA G League contract and signed by the Blue Coats in the offseason.

Delaware’s two draft picks this year – Jemerrio Jones and Braxton Key, who were chosen in the second and third round – both played in the G League in 2020. Mason was the G League’s leading scorer last year at 26.4 points per game with the Wisconsin Herd last season.

“We got Frank Mason through an affiliate spot and he was the MVP of the league last year (2019-20),” said third-year Blue Coats head coach Connor Johnson. “A lot of our guys have spent time in the NBA and are right on that line of about to break through again.”

The Blue Coats will play their season in the NBA Bubble in Orlando, Florida. It was built by the NBA last year at the start of the COVID-19 pandemic so its players could finish the season.

The Blue Coats’ roster includes a pair of two-way players in Dakota Mathias and Paul Reed, meaning they can play for both the 76ers and Delaware this year, but can only play 50 NBA games. Philadelphia drafted Reed, a 6-foot-9-inch power forward from DePaul, with the 58th overall pick in the 2020 NBA Draft.

When looking at his 12-man roster, Johnson is excited about what he sees heading into the shortened season which will begin in early February.

“We have eight or nine guys that have played NBA games, so I think that is a testament to how the league has grown,” Johnson said.

This off-season, Delaware worked out a couple of deals which resulted in its second and third round picks of Jones and Key.

The Blue Coats received a 2021 second-round pick (Jones) and the returning rights to Sampson from the Rio Grande Valley Vipers in exchange for the No. 12 overall pick in the 2021 G League draft (Jarron Cumberland).

Delaware drafted Key, a former University of Virginia standout, with the third round’s opening selection after acquiring the slot in a trade with the Agua Caliente Clippers in exchange for the returning rights to Xavier Johnson this offseason.

Johnson said Jones and Key were two players the team had identified they wanted to go after because of each one’s unique skill sets.

Although only 6-foot-5, Jones could draw comparisons to NBA Hall of Famer and 76ers legend Charles Barkley. He stood just 6-6 but had the uncanny ability to grab rebounds against taller opposition during his 16-year career in the league, including the first eight in Philadelphia.

Jone “is an incredible rebounder,” Johnson said. “He led the league in rebounds (12.2 per game last season) and he can play a bunch of different positions. He adds a lot of versatility to our roster.

“It’s hard to really know what is going to happen in the Bubble with COVID and so much happening in the NBA. To have that versatility that he brings is really going to help us.”

“He is one of the most unique players that you have seen in the G League for the last couple of years,” Johnson said.

If Key’s name rings a bell, it’s because the 6-8 former University of Virginia standout was an integral part of the Cavaliers’ 2019 NCAA national championship when he averaged 5.7 points per game and 5.3 rebounds per outing, respectively.

“He’s a big, long athletic wing who … fits the mold of what teams are looking for these days,” Johnson said. “Having a big wing defender is something that we’re excited about, and when we go through the draft, we work pretty closely with our general manager Matt Lilly.

“He works closely with the 76ers front office, who spends a lot of time scouting these players to figure out who might be the right fit and who we want to invest in.”

Eighteen teams, including 17 NBA G League teams and G League Ignite, will play at the Bubble in ESPN’s Wide World of Sports Complex at Walt Disney World Resort.  The top eight teams will advance to a single-elimination playoff.

Players, coaches, team and league staff will live on the NBA G League’s campus there.

Johnson said the team will report to Philadelphia Jan. 20 and  go as a team to Orlando one week later to get ready for the season.

The G League will announce the official game and broadcast schedule later this month. 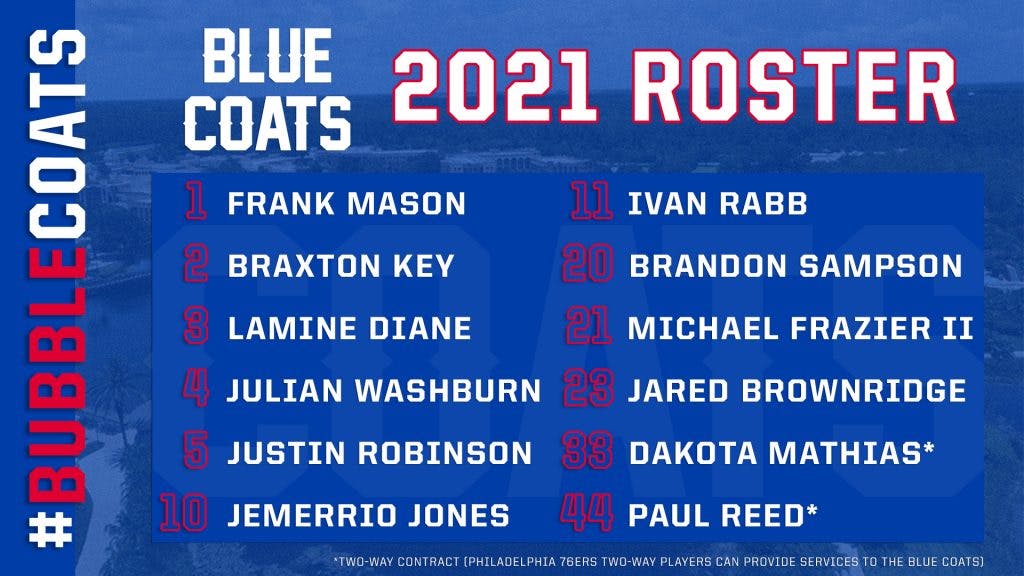