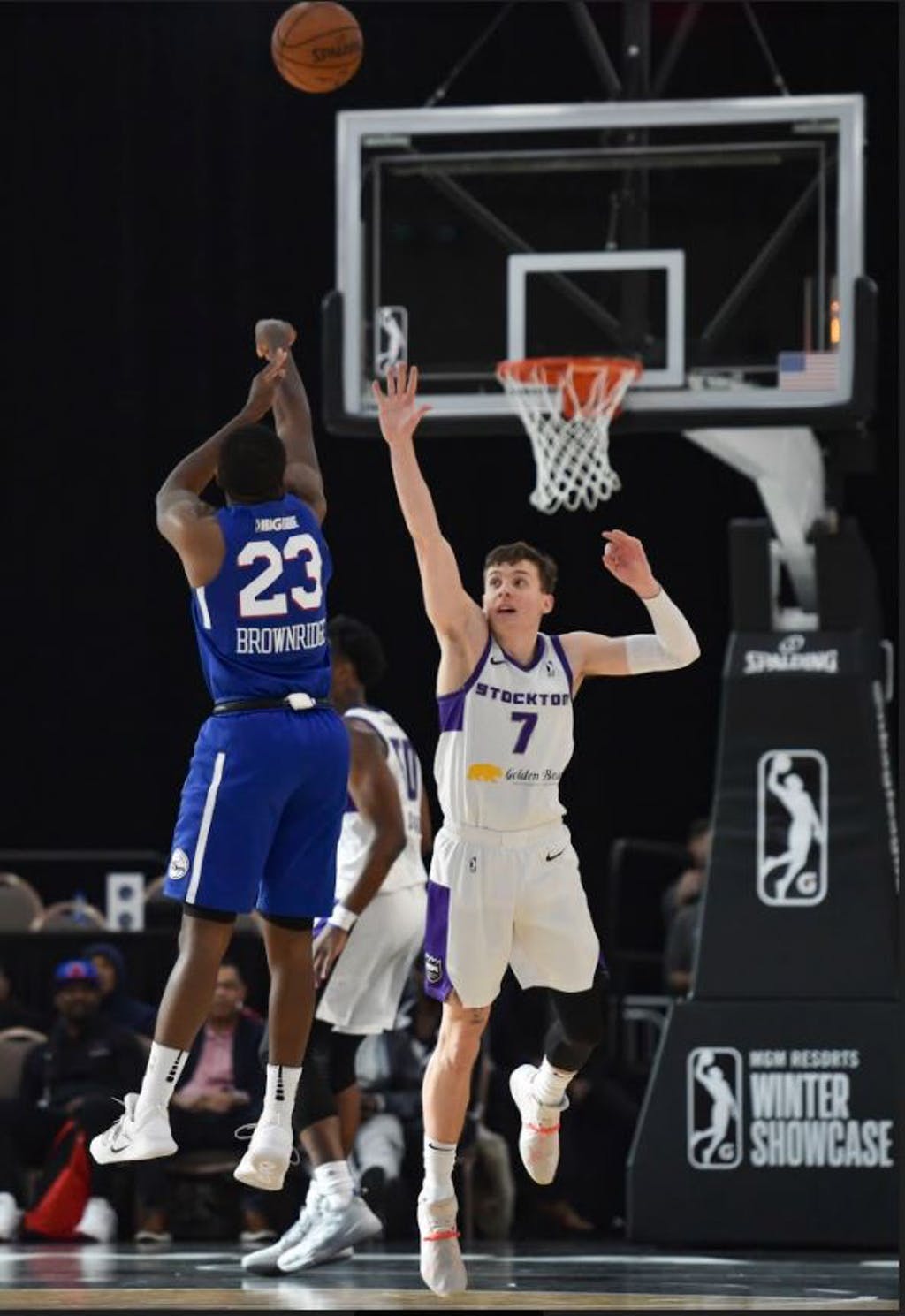 Jared Brownridge scored a game-high 28 points against Forth Worth Thursday.

After more than a year of not playing basketball, the Delaware Blue Coats played a real game Thursday morning as they held off a feisty Fort Wayne Mad Ants 124-119 iat the Disney Bubble in Orlando, Florida to open its NBA G League season.

Jared Brownridge, who came off the bench to score a game-high 28 points, including five three-pointers, to lead the Blue Coats, said it was amazing to just finally play a game that counted.

“You go through this whole process of training for a whole year hoping there’s going to be a season,” he said. “You find out there’s a season and you get happy, but then you have to go through scrimmages and practicing. At a certain point, you just want to play. For us to make it here to this day is a testament to our character and our resilience.”

That character and resilience also showed on the court against the Mad Ants as Delaware held double-digit leads on six occasions, with the last time at 109-99 with 6:02 left in the game only to see Fort Wayne battle back and cut the deficit to one, 114-113 with 1:59 remaining.

“It’s the first game back – the first one we’ve played in a long time, so we had to figure out how to take those runs and show resilience and bounce back,” said Brownridge. “We came together as a group and we realized that we had to get stops on defense, so that kind of what determined how our offense was going. When they started going on those little runs, we came together, and we got two or three stops on defense and that’s going to allow us to break out off offense.”

The Blue Coats seemingly had put the game on ice with five straight to go up 119-113 with 56 seconds left, but Fort Wayne scratched its way back to within one at 120-119 with 13 seconds remaining.

As for his team’s defense, Johnson said there were good stretches particularly in the second quarter.

“Our defense was locked in and we had five guys doing everything they were supposed to do,” said Johnson of the Blue Coats who held Fort Wayne scoreless for the first four-plus minutes of the second stanza and scored the first 13 points themselves en route to a 35-25 advantage which was bookended by three-pointers from Rayjon Tucker and Paul Reed, who combined for 22 and 20 points, respectively, on the night.

Each team would have trouble scoring in the opening quarter, especially from the outside as each team was as frigid as the Delaware weather even though they were playing in Florida. After scoring the game’s opening points, the Blue Coats would not lead again until 14-12 when Ivan Rabb scored inside on a nifty assist from third round draft Braxton Key with 4:55 left.

Fort Wayne, which opened its season with a loss on Wednesday, led 23-22 after one period before the Blue Coats’ explosion to open the second and would never lead again in the contest.

Delaware is back in action Friday night at 7 when it takes on Santa Cruz. The game can be seen on the ESPN+ subscription service.