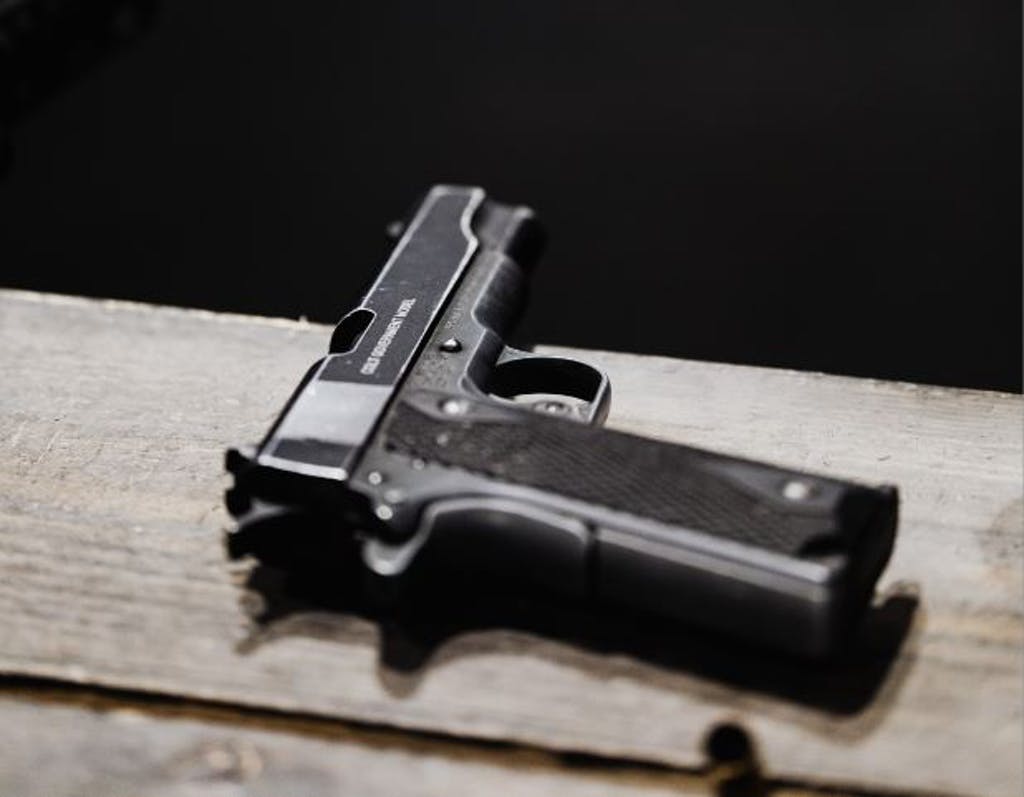 A bill that would ban gun magazines of more than 17 rounds passed the Delaware House Judiciary Committee Tuesday afternoon.

A companion bill, which would require a permit and gun training before being allowed to buy a gun, will be heard in the Senate Judiciary Committee May 11 at noon.

The Tuesday vote followed three-and-one-half hours of discussion. The committee debated and heard from witnesses for about an hour. The rest of the meeting was public comment that veered from civil to angry to deliberately insulting and back, and regularly featured dramatic stories.

One came from a man who was in the Bear Wawa parking lot when State Trooper Stephen J. Ballard was shot and killed on April 26, 2017. The caller said he pulled his own Glock 19 with 15 roads and aimed it at shooter Burgon Sealy, who fled. The caller said he was not in a situation where he was forced to shoot, and Sealy was later killed in a gunfight with police.

“But I’ll tell you this. I started carrying 17-round mags and I also carry 19-round mags now with my pistol,” the caller said. “It doesn’t take much to make you realize that the more firepower you have in a situation like that or a situation you can encounter, it’s extremely important … I was the only other person in that parking lot with a gun other than Trooper Ballard and the killer.”

Supporters of the bill say that it will help keep death tolls down in a mass shooting and that no one needs a magazine with more ammunition. The bill will allow some people, such as law enforcement officers, to own higher-capacity magazines. It also creates a $15,000 fund to buy magazines back for $10 each.

Opponents, many of them gun rights advocates, argued that the language of the bill, which bans guns with removable floor plates will essentially ban many more guns than intended, and so will interfere with the U.S. and state constitutions. Many people argued that the $10 per magazine buyback is woefully inadequate and amounts to a government “taking” of the magazine. And several callers said they shoot in competitions and need the magazines to compete will.

Many callers argued that what matters is not the size of the magazine, but the intent of the shooter and that banning high-capacity magazines will not stop shootings.

“I don’t know if y’all are just too stupid or too arrogant to understand what you’re doing making legal citizens that just want to protect ourselves from the crazy that’s happening all fricking weekend in Clayton and Smyrna,” said Donna Austin. “You’ve lost your mind. You’ve lost your way. You don’t know what real Americans want.”

She demanded to know what the legislators were using to protect themselves.

“Because I’m sure you’re not abiding by these rules,” she said. “You’re getting some sort of an exemption or you’re going to do something to give yourself a little leg up.”

House Judiciary Chairman Sean M. Lynn, D-Dover — praised by many for allowing so much time for comment — urged callers who had not been able to get through on the virtual hearing to register early for the May 11 hearing so they could comment. That meeting is also scheduled for four hours.