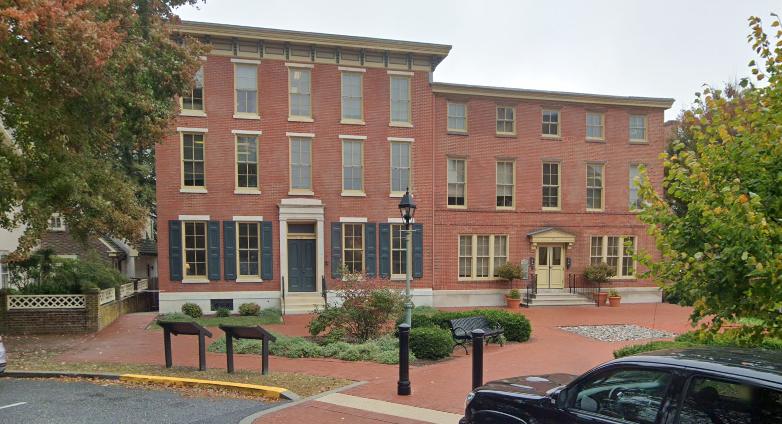 The Biggs will spend a year deciding how to develop the Kirk Short building into a public space that celebrates its heritage.

The state has transferred ownership of a historic property on the Dover Green to the Biggs Museum of American Art.

The Kirk and Short Building, formerly known as the Todd House and the Kirk Printing Shop, was built in 1859 by Henry Todd, a prominent agriculturist who served as a state legislator and town commissioner of Dover.

The building currently serves as an office for the state’s Division of Historic and Cultural Affairs.

Next on the museum’s agenda is a one-year planning phase, during which museum officials and contractors will develop a strategy focused on how best to utilize the space.

“The buildings are currently used for offices so any kind of public utilization will require significant renovation of the inside,” said Charlie Guerin, executive director of the Biggs Museum, on Wednesday. “Using such important properties as office space really isn’t the best use of that unique historic perspective, so we want to make sure that we return the utilization of that property to support the historic nature of those buildings.”

As the museum develops its plans for the property, Guerin said they hope the public will become engaged in the process.

They will provide opportunities for public comment and engage members of the community in discussions about how best to integrate the new facilities into the museum’s programming.

One thing is for sure: the property will be used for direct cultural and historic purposes, something it has lacked while being used as an office space, Guerin said.

“Many of the things in our collection came from buildings on The Green and up and down State Street,” Guerin said. “To be able to actually own a property from the mid-19th century is really exciting because that matches perfectly many of the items in our collection.”

The acquisition “will allow the Biggs to grow and expand and become an even more important asset to Dover and Kent County,” Bullock said in a press release. “The transfer is a smart, cost-effective decision that will save Delawareans money and will ensure that the Building will realize its highest and best use as a cultural asset.”

The acquisition has been in the works for nearly a decade, according to Guerin. He said the project took on new life when The Green became part of the First State National Historic Park in 2013.

“We thought, here’s an opportunity that we really shouldn’t pass up on,” Guerin said.

The property is listed in the National Register of Historic Places as part of the Dover Green Historic District.

The Division of Historic and Cultural Affairs offices will be relocated to Richardson Hall, an existing state property located on North State Street in Dover.