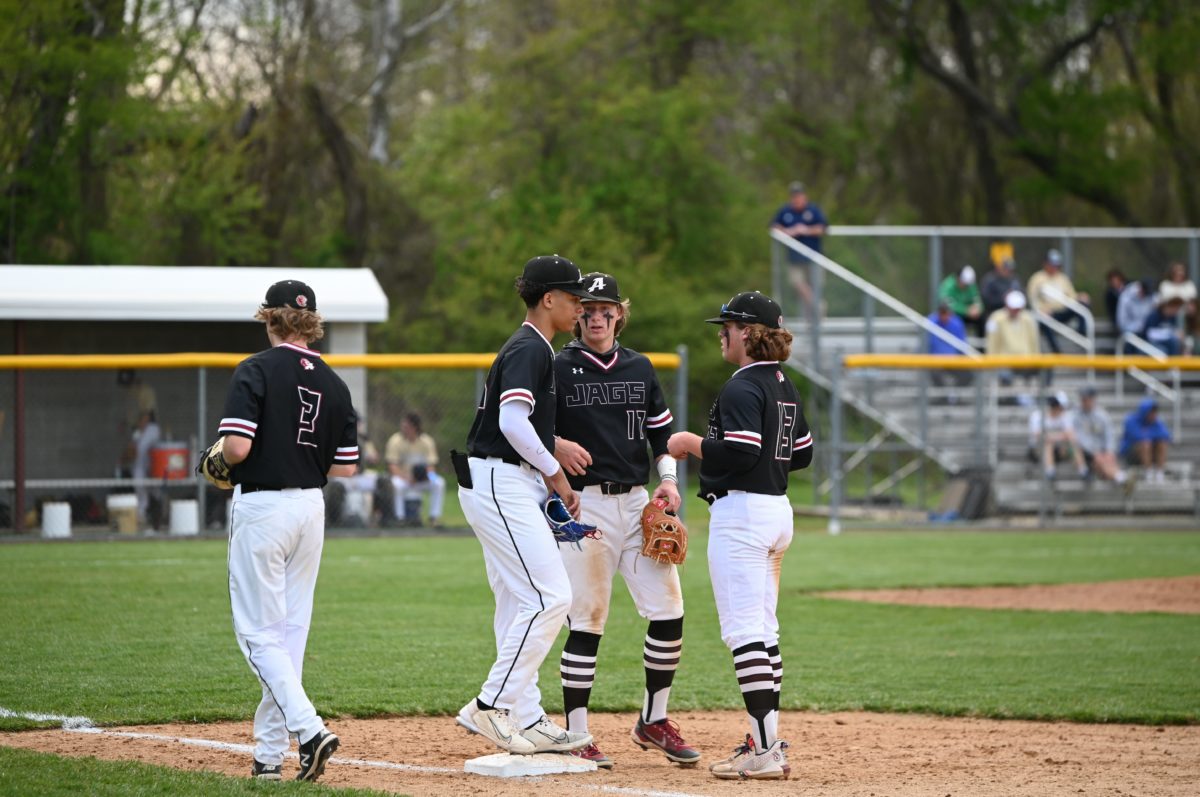 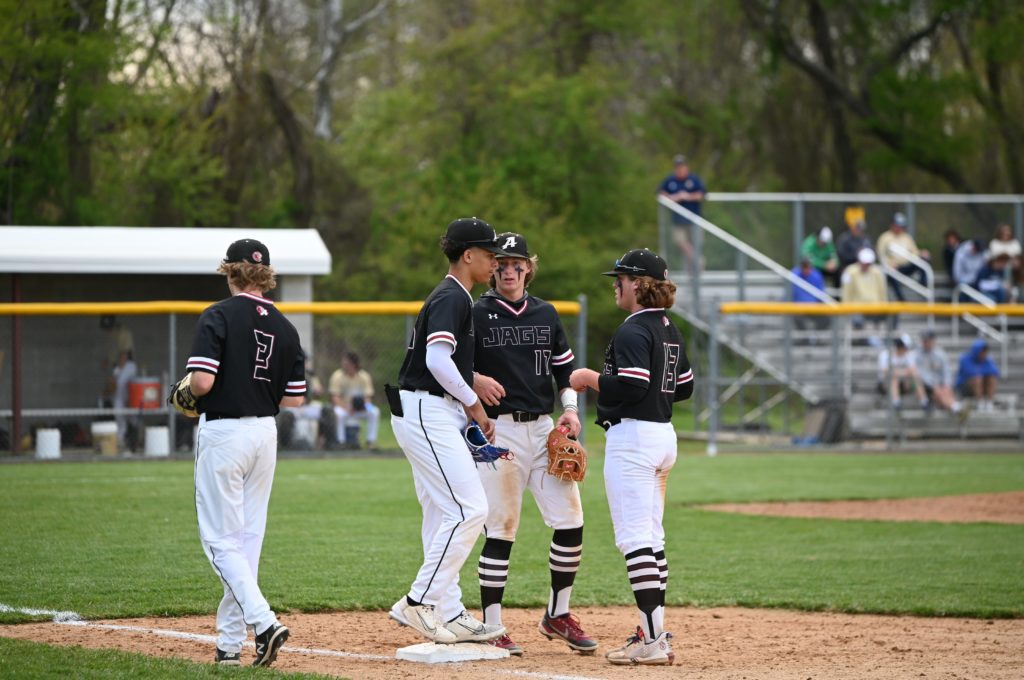 Appoquinimink Baseball huddles at frist base, photo by Nick Halliday

The Appoquinimink Jaguars trailed St Georges Hawks before scoring five runs in the bottom of the third inning to take the lead. St George’s led 4-1 before the big third inning by the Jaguars.

In the top of the first the Hawks got the scoring started on an RBI single by Nate Arterbridge. They then scored two more runs in the top of the second inning highlighted by a triple from Brayden Fields, and RBI singles by Donovan Brooks and Brandon Sullivan.

Down 3-0 Appoquinimink put a run on the board  in the bottom of the second inning on a fielder’s choice. St Georges answered right back as Brooks collected another RBI on a single in the top of the third.

After a wild pitch to Travis Peden, Bouldin moved up to third and scored on an error in the same play with Fleming following as he reached third base on the play as well. On a 1-1 pitch Peden drove a line drive to center field that resulted in a triple scoring Fleming. Peden then scored on an error to cap off the five run inning. Both teams scored one run each in the fourth inning as the Jaguars walked away with a 7-5 comeback win.

Chase Fleming got the win for Appoquinimink on the Mound. Fleming went five innings allowing nine hits, 5 runs (3 earned), with six strikeouts while walking three. Travis Peden came in relief of Fleming, throwing two scoreless innings for the save.

Peden went 2-2 at the plate scoring a run with an RBI. Evan Boudin also added two hits going 2-4 with three RBIs to lead the Jaguars.