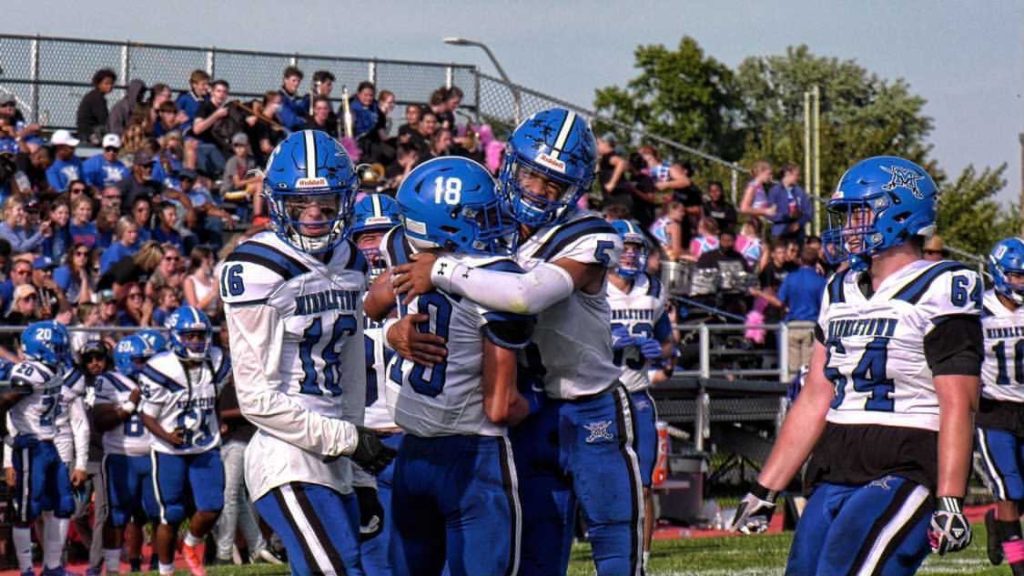 It was a chilly night for playoff football in the first state on Friday as there were quarter final games up and down Delaware. One of the best of the night was a rematch down in Middletown between teams that know each other pretty well, Middletown and Appoquinimink.
It was all defense early in this one as the Jaguars came to play. Appo stopped Middletown on the first drive of the game on 4th down and kept that momentum defensively throughout the half. Both defenses would shutout opposing offenses as we had a 0-0 score at the break.
Middletown, though, would wake up in the second half. With a 0-0 game Middletown head coach Zach Blum chose to try an onside kick to begin the half and it worked to perfection. Middletown would recover and find their stride. Josh Roberson would take  a carry 19 yds to open up the scoring for the Cavaliers. A little later on after a forced turnover from the Middletown Defense, Braden Davis would find Zach Caldwell for a 16 yd TD connection, Middletown takes a 13-0 lead.
Then the Defense would strike again as Zyaire Tart would intercept a pass and take it back 33 yds for a touchdown. Middletown would add one more as Darren Pope made a spectacular play on a punt return. Ball took a hop and Pope saw an opportunity as he sped up and snatched the ball out of the air in stride on his way to a 40 yd return touchdown. Middletown rolls with a tough 27-0 win over Appo. Middletown will now wait and see who wins between Sallies and Sussex Central to see who they will get next. Davis went 11-18 for 102 yds 1 TD and WR Zach Caldwell finished with 6 catches on 8 targets for 61 yds and a score.