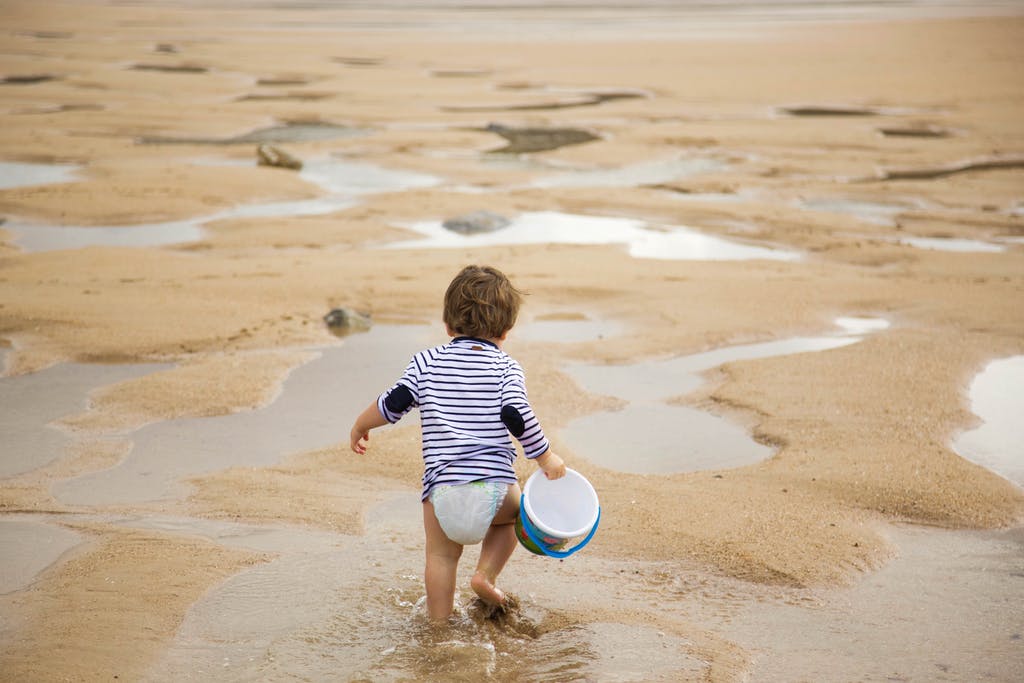 The new rule is not aimed at children with pails and shovels, city administrators say.

There’s a riddle about how much dirt would be in a six-foot hole if you used a square shovel to dig it. The answer to that riddle is: none, it’s a hole.

If you are in Bethany Beach, the answer might soon be: You better not dig a hole that big, or you’re going to face a fine.

Bethany Beach has had an ordinance against digging large holes on the beach for years. A newly proposed update to that ordinance would define what a large hole is and institute a monetary fine if it isn’t filled in.

The ordinance came out of meetings of the Bethany Beach Ordinance and Review Committee and was introduced at the March 19, 2021 meeting by Mayor Rosemary Hardiman. The updated ordinance defines a large hole as one that is 2-foot by 2-foot by 12-inches and could result in a fine of $50 to $100 if not filled in.

“This has been a problem each and every summer the beach ambassadors have been out working it,” said John Apple, assistant town manager, who researched the ordinance proposal.

Beach ambassadors are town employees who patrol the beaches to remind people of the different ordinances. They were put in place in 2018 when the town enacted a ban on large tents and canopies on the beach.

Last summer there were some instances of very large areas of the beach excavated in the sand, said Apple. Most people quickly fill their holes when asked by the ambassadors, but there are always a few with the “make me,” attitude,  he said.

The fine would allow the ambassadors to enforce the issue, if needed.

Large holes are a danger to pedestrians who could injure themselves if they fell in. Ocean City, Maryland, now is fighting a lawsuit brought against the city by the parents of a young woman who ended up in a 4-foot deep hole and suffocated in July 2017.

During the March meeting, Hardiman read from a letter from a contractor who explained that one cubic foot of sand (3-foot by 3-foot by 3-foot) can weigh anywhere from 2,200 to 3,000 pounds.

A hole half that size could collapse on a person and be enough to “suffocate even the strongest man.”

It’s not just the human factor, though. Large holes and trenches are hard on equipment the town uses to clean the beach every morning in the summer, said Apple.

Bethany is not the first beach in the country to look into these measures.

Several beaches in North Carolina, Florida, New Jersey and Michigan also have large hole bans, or what some of them call “Leave No Trace” ordinances. Leaving a large hole at Kure Beach in Florida is actually a misdemeanor.

“It is a needed enforcement mechanism,” said Hardiman in introducing the ordinance.

She added that beach ambassadors will not be “running around with rulers” this summer  and will use common sense and visual inspections to determine if there are problems. The town isn’t going after children with pails and shovels, she said.

The ordinance could take effect as soon as April 16, when the second reading of it is scheduled at the town council meeting.