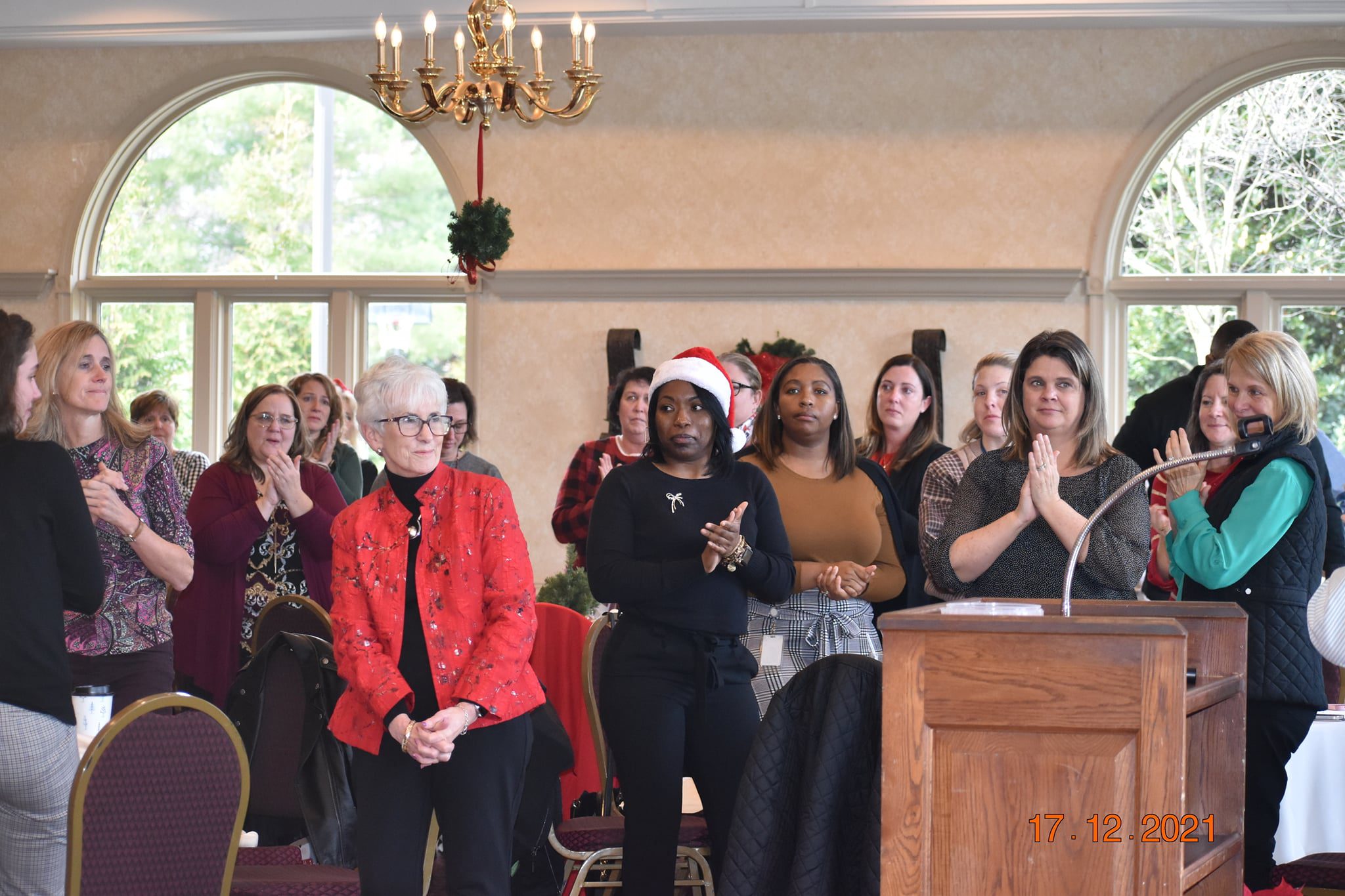 On the same day that the first four cases of the highly contagious COVID-19 omicron variant were confirmed in Delaware, staff from the state’s Department of Education hosted a mask-free party for outgoing education secretary Susan Bunting.

The department is now facing growing outrage after images of the event posted on its own Facebook account show hordes of unmasked attendees — with some of them traveling to the party from as far as Arizona.

The Dec. 17 event — which was paid for by staff and not using state funds — took place less than a week after Gov. John Carney formally extended the mask mandate for Delaware’s K-12 public and private schools until Feb. 8, 2022.

“On Friday Delaware Department of Education staff surprised Secretary Susan Bunting with a celebration to thank her for her leadership to the department and State of Delaware before she leaves her role at the end of the year,” the department wrote in a Facebook post.

“Members of her family traveled from Arizona and Pennsylvania to be part of the surprise,” the post says. “Cape Henlopen Superintendent Bob Fulton and Caesar Rodney Superintendent Kevin Fitzgerald also joined to bring special gifts and words of appreciation from the state’s chief school officers.”

At the time of publication, the post had garnered nearly 150 comments — many of them thanking Bunting for her service to the state.

But many comments accused the department of hypocrisy for forcing mask mandates on students while administrators flaunt their mask-free non-socially distanced gathering on social media.

“Wow looks like a nice meal. Meanwhile we have vaccinated kids eating outside in parking lots. Maybe your party should look more like the Christmas party our kids have to have- masks, social distancing, outdoors. Just a thought,” wrote one commenter.

“It is in all honestly in poor taste for this post to be on social media. All Americans have missed out in once in a lifetime events due to restrictive guidelines. If this party was necessary it should have been kept private because as far as I’m concerned this is a do as I say, not as I do exact definition. Do better DDOE!!!!!” wrote another.

“Wait a minute? Let me get this straight….. 1. a huge maskless party. 2. No social distancing 3. Hugging, singing & laughing. 4. Buntings Family from other states came to Delaware to celebrate. 5. Bob & Kevin celebrated as well!!!! Hypocrites to the FULLEST EXTENT!” said another. 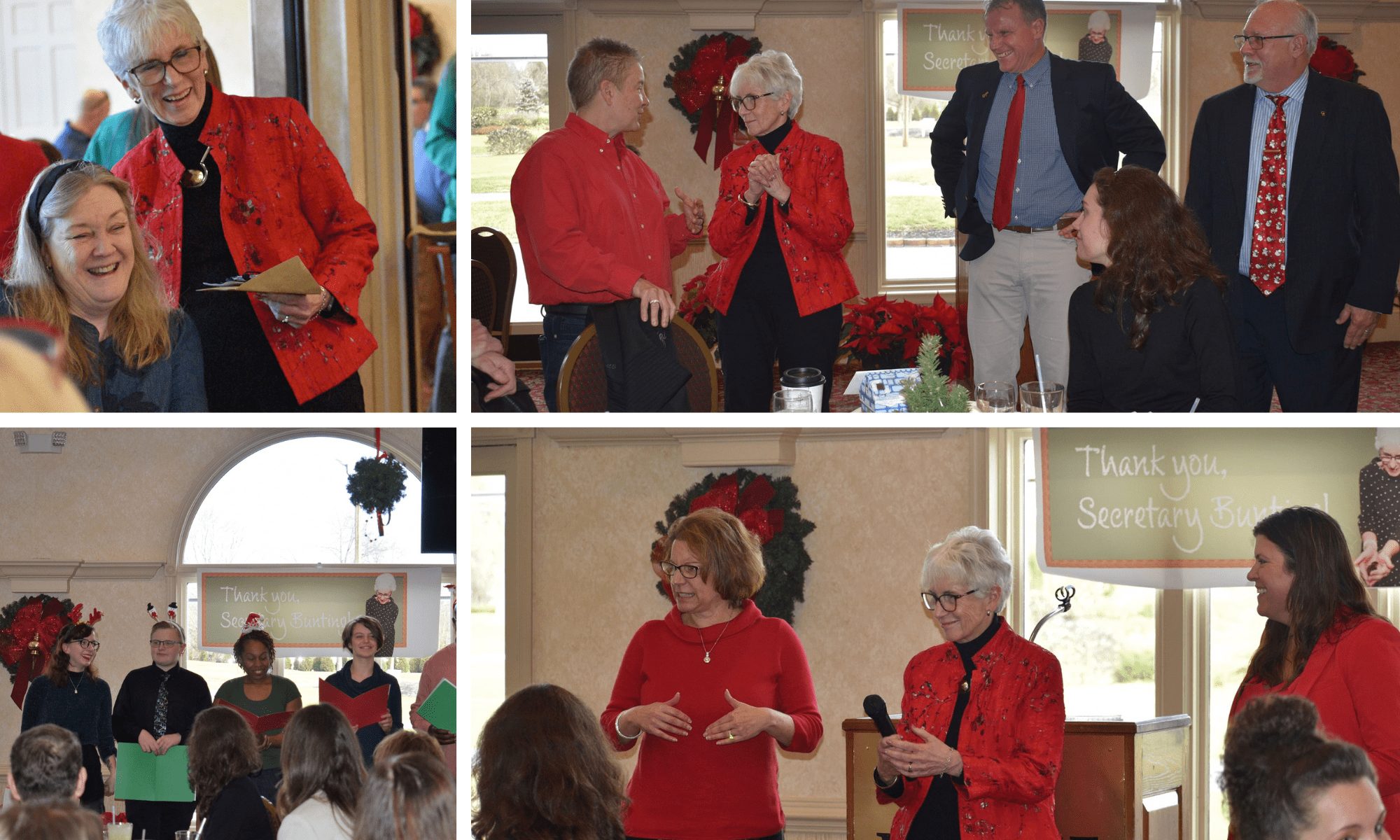 The post also garnered more than 70 shares, most by users who added their own commentary to the photo collage.

“Every kid in the State of Delaware is masked. The Leaders not so much,” wrote one.

“Well here is a double standard for you! Our educators having a party with not one mask in sight but yet my child gets a write up for not properly wearing a mask on a school bus. Lead by example people. Truly sad and all of them should be held accountable,” said another.

Asked if the Department of Education had any response to the outrage, spokeswoman Alison May said “I would just point to the post itself.”

“Congratulations on many years of service,” the comment began. “However, where is everyone’s mask. Don’t tell me that everyone was vaccinated and then doesn’t have to wear one. Kids and teachers who are vaccinated are forced to wear them daily by the people in this picture who are maskless. Hypocrites…”

A response from the department’s official Facebook account said, “Thank you for your question. The requirement for face coverings in schools when students are present is in effect until Feb. 8. Face coverings are not required at private events in non-state facilities, such as this one.”

“No one monitors that the teachers or students are wearing masks outside of school,” Brady said. “There’s been absolutely no evidence that any transmission of Covid occurred within a school. Remove the mask mandate now.”

The event also featured a special performance by members of the Possum Point Players, a Georgetown performing arts group that Secretary Bunting enjoys, according to the post.

UPDATED: An earlier version of this report incorrectly indicated that the Delaware Department of Education did not make a comment on their Facebook post. The Facebook comment in question was made in response to another user’s comment prior to the story’s publication. The report has also been updated to clarify that the event was paid for and hosted by Department of Education staff and not by the agency itself.