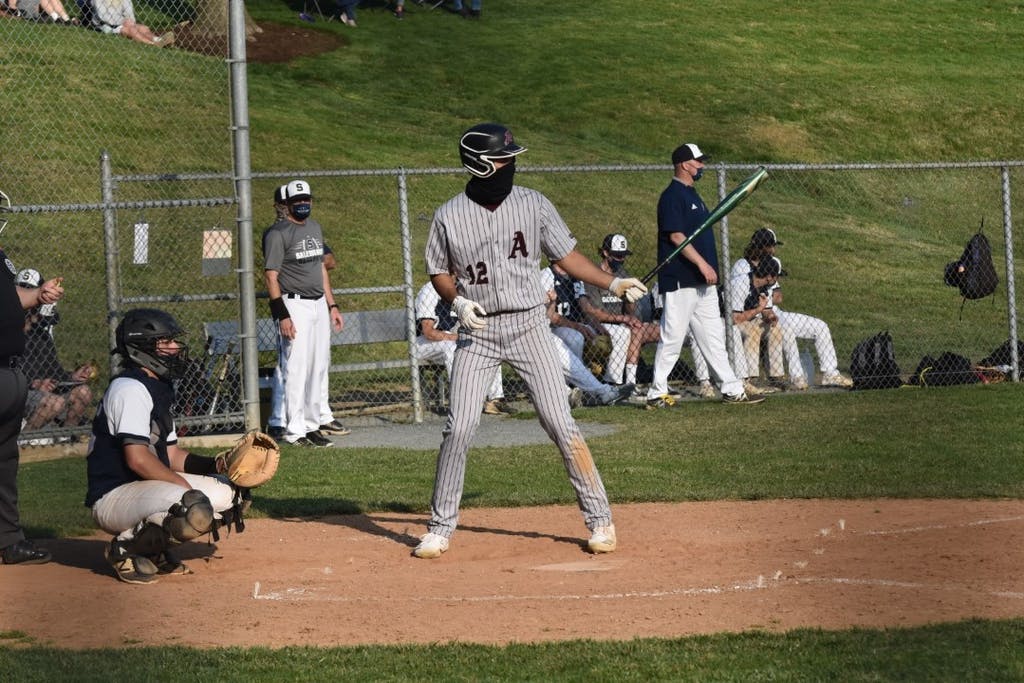 Appoquinimink’s Lorenzo Carrier has been one of the premier baseball players here in the first state of Delaware, dating back to his time as a sophomore.

That was 2019, and Carrier helped lead Appo to their second baseball state title.

Now he has his sights set on getting one more before heading to his dream school, the University of Miami.

Carrier’s love for the game started back when he was a young kid and his parents got him involved in youth sports.

“My parents got me into it when I was younger. My parents were athletes growing up and I’ve always played basketball and baseball since I was young,” Carrier said. “Baseball kind of took my heart, it’s always been something I’ve enjoyed, and as I got older I got better and just love taking the field.”

Carrier will be focused on trying to help the Jaguars bring home their third baseball state championship since 2016. Appo is 13-3 and ranked No. 2 in the Delaware Live Sports rankings after winning 11 straight games since suffering a 3 game skid back in early April.

“When we lost those three games it was a wakeup call for us. It was huge, we were still undefeated, carrying that streak from back when we won the state chip,” Carrier said.

“It hurt for a little bit but we as a team realized we didn’t want to feel that way again and we need to do whatever we can to prevent that from happening. At the end of the day, after that week, it woke us up and we started practicing 100% and making sure everyone was doing what they needed to do. We knew we had to execute come game time.”

With the DIAA Baseball Tournament almost underway, it won’t be long until Carrier will be taking his talents to South Beach, where he fell in love with the University of Miami.

“I played in a showcase all-star game when I was in 8th grade at Vanderbilt University and there were a bunch of coaches there. When it was all said and done ,Miami was the first team to reach out to me,” Carrier said. “From that point forward they stayed the most consistent and showed the most interest in me, and when I saw and visited the campus I just fell in love with it, a no-brainer for me.” 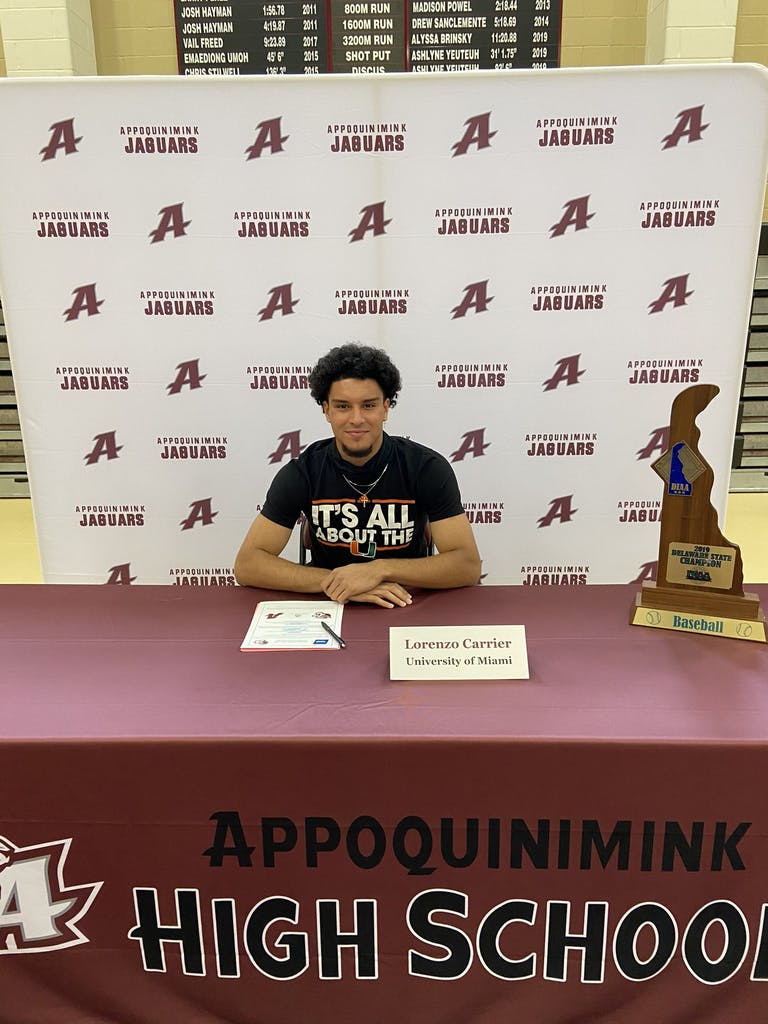 There has also been a lot of talk about Carrier switching positions this season, after moving from shortstop to center field.

Rumors started to circulate that the University of Miami had a hand in that decision but Carrier made it clear it was his decision.

“That was all one big misunderstanding, Carrier said.”It was my personal choice to move from shortstop to center field. In fact, I was going to make the move before last season but then COVID hit. At the end of the day, that’s my primary position and where I feel like my future is going to be.”

There’s still a lot of baseball left for Lorenzo Carrier and the Jaguars but the senior center fielder sees similarities between this team and the team that brought home the state championship back in 2019.

“I absolutely think we can win another state chip,” Carrier said. “That team back in 2019 might have been one the best teams I have ever played on, this team is a little different. I think we are just as good defensively and if we can execute on offense I think we will be just fine.”

Lorenzo Carrier will not be slowing down any time soon. No matter the scholarships or accolades, he has higher motivation.

“I honestly don’t pay attention to the accolades, I just try to be the best player I can be. I just want to put my family in a better situation than we are in now and me playing this game since I was little,” he said. “I’ve always wanted to take it as far as I possibly can and I think I have given myself a great opportunity to do that and I’m really excited for it.”

Check out the full interview with Lorenzo Carrier, including the lighting round of questions here.